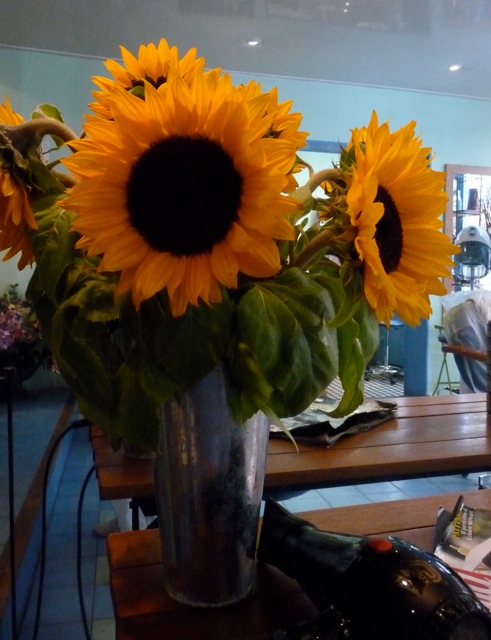 A few months ago I was walking up the street and I spotted Catherine Deneuve and Gerard Depardieu making a film. Not much later, I saw the film on the silver screen, as part of the celebration for the 150 years of the Bon Marche. Its fun to watch and Catherine truly is the ultimate icon, but at one point she says, 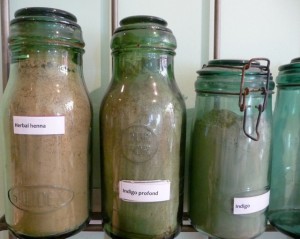 ust steps from the Bon Marche, where Catherine makes this bold statement, there is a provençal haven reserved almost exclusively for women. With a chalky blue tiled floor, cornflower walls, dried hydrangias in large vases and old pharmacy bottles on the shelves, stepping into Graine de Beauté feels like stepping out of Paris and back in time.

Translating to “the beauty mark” this salon, specializing in 100% natural hair colors blended specifically for each client, is full of chic Parisiennes; playwrights, business women, full time moms, actresses, politicians all sit quietly side by side. No one is yapping away on their cellphones, or disturbing their neighbor as we each savour the peaceful moment, serenely sipping tea that arrives in an iron Japanese tea pot, happy to de-stress.

Martine comes to work in a black fitted top and an elegant pencil skirt, looking stunning as she prepares to mix magic on to your hair. The whole operation is run by Babette, the very definition of elegance, a trim woman with rich, black hair, who glides between clients, answering the phone and grabbing the occasional handful of raw almonds or hazelnuts from the two jars that stand near the entrance. 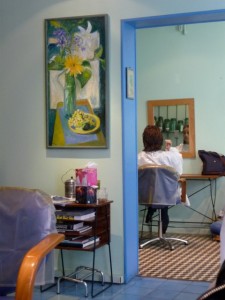 The reason that no one takes out their cellphones is Babette. Like a strict school teacher, she is able to make it clear this will not be tolerated before the question is even asked. She dispenses more than beauty advice; she reads scalps and gives valuable life lessons as she guides women to look their very best and take care of themselves from the inside out. Her clients adore her.

A few weeks ago Babette was diagnosed with cancer. She has had the lump removed and the prognosis is good. As she recuperates it is clear how very much her clients and employees are under her spell. The staff is working double time so they can satisfy her clients, while customers offer to blow dry their own hair, and even more exceptionally, walk out of the salon with wet hair.

Seeing a Parisienne on the streets with wet hair is about as common as seeing a teen without a cellphone. Nobody asks these women to chip in and not everyone is willing to head out to the office with frizz in their future, but seeing everyone take the initiative yesterday made me wish Mlle Deneuve would pop in and see just how very wonderful Parisiennes can be. 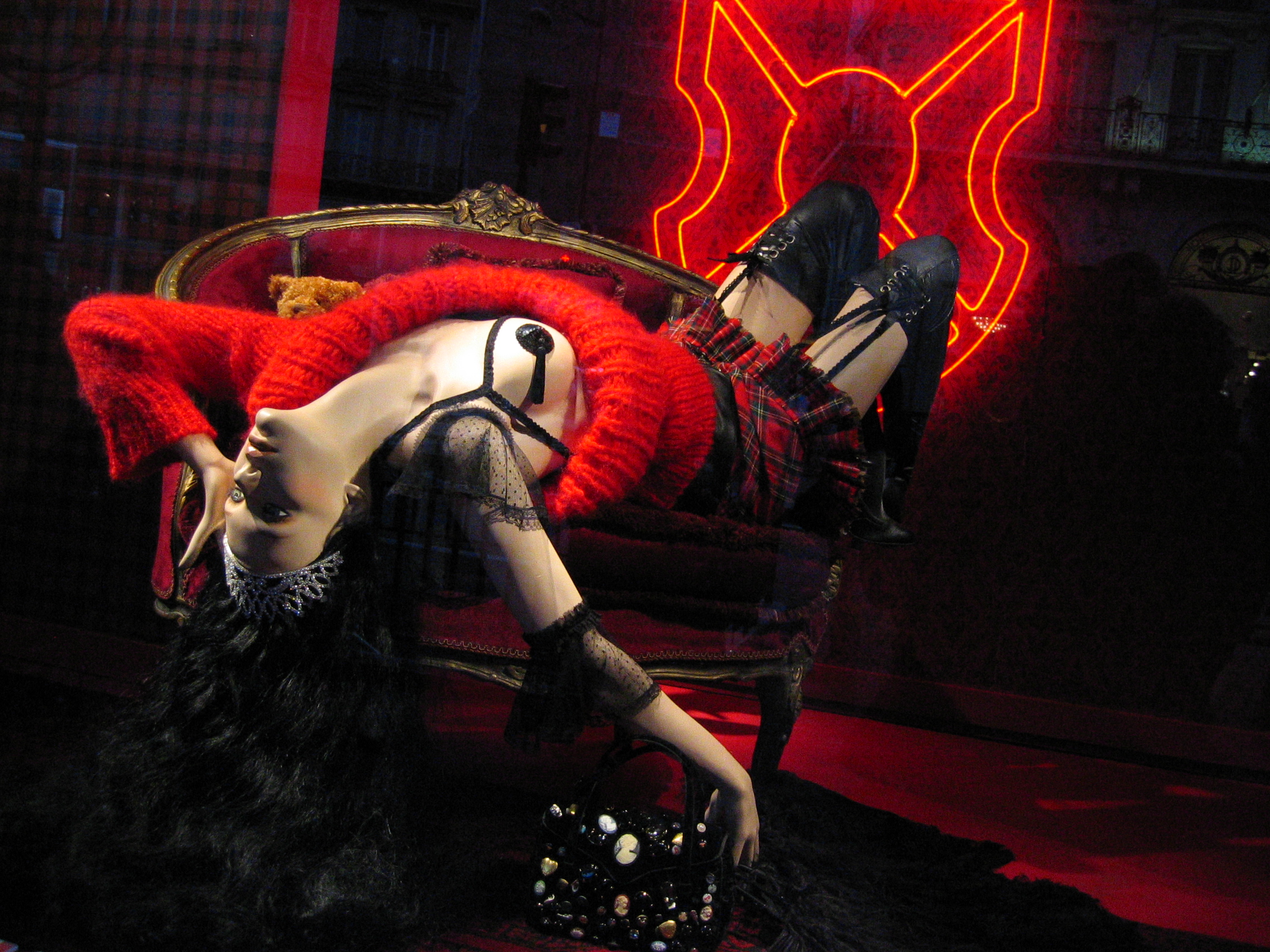 A letter home, just weeks after moving to Paris…

Well girls, I have finally found the Parisian woman’s secret to sexual satisfaction (didn’t take me long, did it?).

Lisa (yes, you, princesse) asked me to ship home some Darphin products, so I made it a special errand to walk the half block from our flat to their spa and discovered that this would be an ok place for a much needed pedicure to tame those funky alien callouses you all saw at the beach. Darphin is nothing like any of the 700 vietnamese owned and operated mani-pedi salons in Noe Valley. No risk of vainly trying to drown into the foot bath as a handful of hard working women laugh at my monster feet in a language I can’t understand. I’d be a tough horned rhino in an elegant spa, but I was desperate and made an appointment.

I have had a pedicure in Paris once before, and it was at a training school. The experience taught me that pedicures over here are generally given in a private room and that it is predominantly a clinical event involving a series of scalpels and a really cool power tool.  No nail polish.

I showed up at my appointment and was immediately greeted by one of the better looking members of the French male genre, my new podiatrist. You know, the shaggy, intellectual looking kind that so melts my butter. He welcomed me with a warm handshake, a smile in his chocolate eyes. Something was clearly wrong; Parisian men do not smile broadly at strangers, it is not in the culture. I must have had spinach between my teeth… 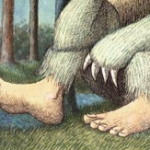 We proceeded upstairs to a cosy little chamber which was decorated in prissy rose-bud and aqua tones and smelled of something floral. Relaxing music could be heard and I started to unwind just as humiliation struck. I was asked to remove my shoes and show my very ugly feet to this very male presence. He wanted to know  exactly what is wrong with my paws. As if it isn’t obvious. I change shoe sizes after a proper pedicure! The torture ended and the treatment began.

Imagine; you are lying down, completely relaxed in a plush spa recliner. Your surroundings are pleasant, very private and intimate as someone gently tends to your feet with large, warm hands, treating each toe and the spaces between with their undivided attention.  MMMMMmm delicious.

This, of course, would not be considered sex in the strictly Clintonian view of the act, but I came out of that room trembling.  I then had to descend the stairs and pay for services rendered which added a surreal validation to my feelings of having just hired a gigolo. I paid quickly, unable to make eye contact with the next patient and scuttled out of the store to brace myself against the sturdy coolness of a nearby wall before being able to walk home. Ok, I am exaggerating slightly. I stayed in the shop long enough to make an appointment for the podiatrist’s next visit to the spa in two weeks time before scuttling anywhere. Sinful pleasures.

Cheers to you all and much love, S