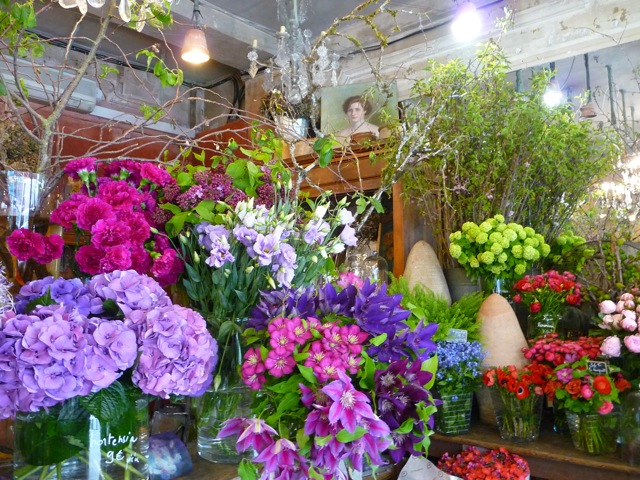 After running a way to shoot some graffiti, it was hard to imagine heading home. Paris has been grey out lately. Oppressively grey, with lots of rain, so I am in desperately need of a holiday. Which I don’t deserve, because I don’t have a real job. So I stay in Paris and pretend.

The girls and I headed south from rue Denoyez , which took us straight  the Belleville Market. Talk about culture shock, instead of stinky Paris metro, the air was heavy with fresh mint and coriander. traces of exotic spices wafted pass was we got caught up in a press of humanity.

Once we were finally out of the market, a gentleman pushed a political tract into my hand. I thanked him, explaining that I had already decided.

“Non, this is for Algeria.” he informed me.

I looked him square in the eyes, he looked me straight in the eyes. I could see the gears in his brain registering  that I am not Algerian and probably not even French. We laughed and my friend piped up, “Votay…. Obama.” as we walked away with a wave. 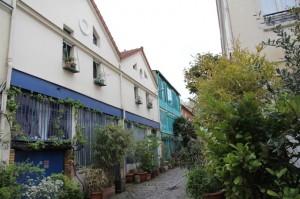 Down the street, and down some more. Before I knew it, things were starting to look familiar. Wait a minute… I knew where we were. This was the über trendy, almost has-been Oberkampf area. Wahoo. It is pathetic how rarely I get out to really explore the city now that I live here. I hadn’t been in this part of town, in ages, and I had never been with a local, so I didn’t know the hotspot to choose for lunch. 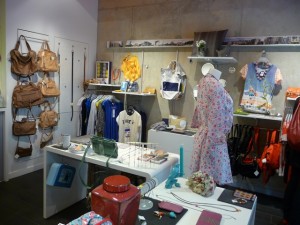 Avoiding the question altogether, I headed up a private road into a private housing area where lilac bushes and wisteria were in full bloom. Workers ateliers had clearly been transformed into private homes, artist studios and the offices for OXFAM. I spent ages in there, taking photos and trying hard not to be too much of a voyeur.

Back on Oberkampf,  we headed to Café Charbon. The place is a cliché for the neighborhood; very ‘arty’ Parisienne moms head to this address for a morning coffee after dropping their kids off at la créche and they return later that evening for a cocktail with Monsieur. The food was seriously good for café fare, with a courgette (zucchini or marrow, depending on where you’re from) flan that was particularly noteworthy and a cheap menu that include a café gourmand.

After lunch I discovered the Made by MOI boutique with their Nan and Nin handbags. I love these bags. They are designed by two sisters with a Maman and a Papa in the leather business, making them born professionals. Their bags feature original, very stylish designs that are easy to wear and do not cost an average man’s monthly salary. Minutes later I was swept away by the fragrance coming from the utterly charming florist next door, L’Arrosoir. My adventure ended as it had begun, on a very fragrant note. 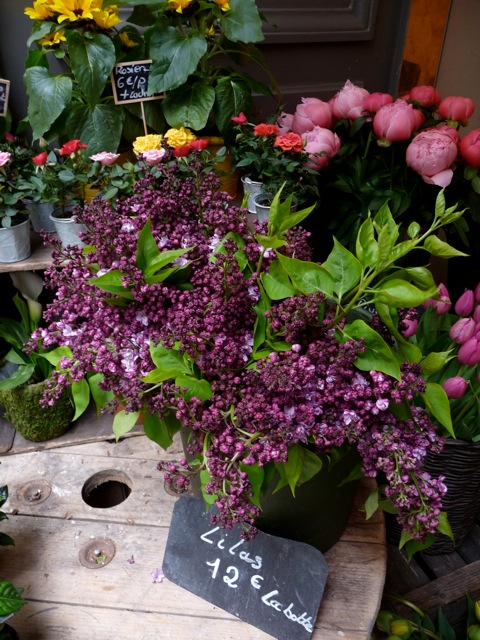 Fresh-cut garden flowers are a Parisian institution. Odd in a city with very few private gardens, but congruent with all the farmers’ markets throughout the town. I love watching the pages of the calendar turn as each month brings its very own blooms. This month is April which means overwhelmingly fragrant blossoms of French Lilac perfume the streets and my home. 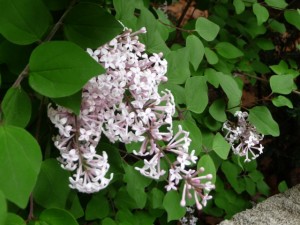 When I am very lucky, one of les filles, back in the city after a weekend at the family’s country home, will call from her apartment which is overflowing with flowers that grandmère insisted she cart home. Would I be a chérie and take some of the buds off her hands? They are gorgeous, but the perfume is a bit too much. Being a generous, accommodating gal, I am happy to help out. 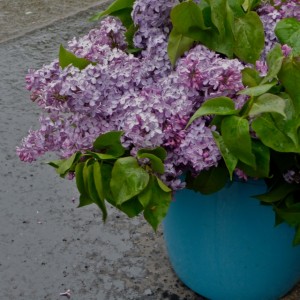 If no there are no Parisiennes needing to pawn off their unwanted blooms, I head to the local market, where people from nearby suburbs, looking to get rich off of us city saps, harvest buckets full of these precious purple flowers and hawk them from the street corners. 5€ for a generous handful that keeps my home smelling like a day in the country. Really, who needs Calgon?