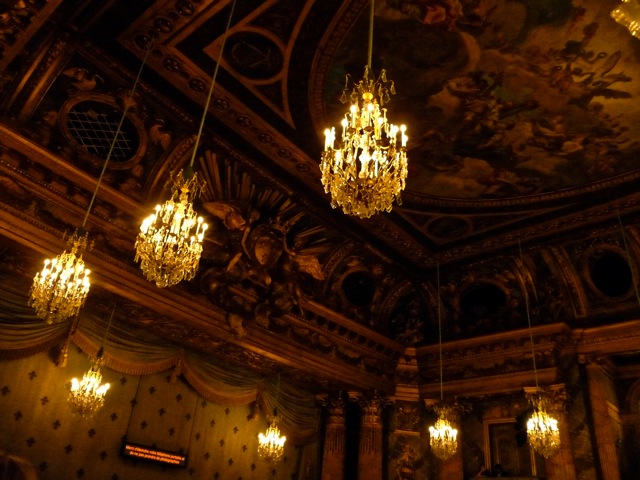 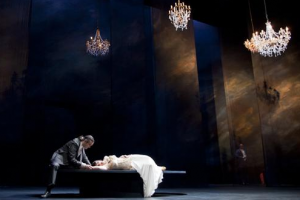 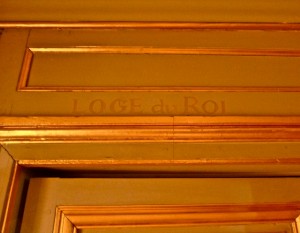 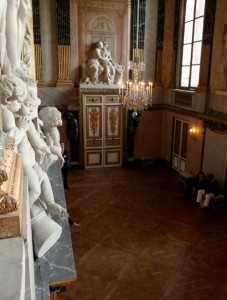 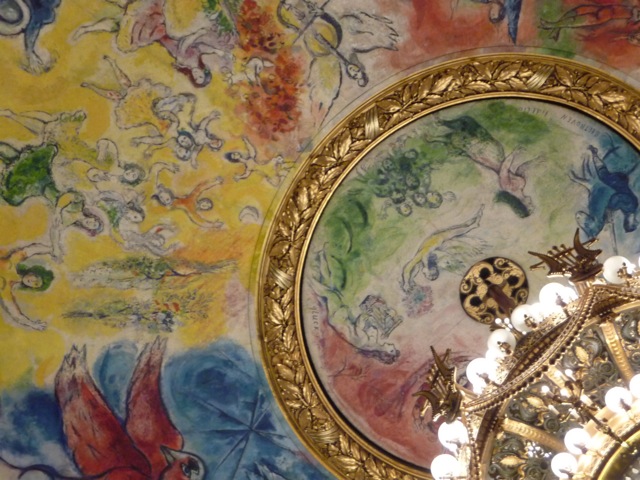 As I mentioned earlier, E’s primary gift for 18th birthday was a night at the Opera Garnier. I came up with brilliant idea last month when Mr French and I were invited to the opera house to see Orphée and Eurydice by the choreographer Pina Bausch.

The opera house was designed by Charles Garnier in the 1860’s when Haussmann was tearing up the town. At the inauguration Empress Eugenie cried, “What style is that? That’s not a style…. Its not Greek, Louis XV, or even Louis XVI.” Garnier promptly retorted, “Its Napoleon III! And you’re complaining?” While I appreciate the architecture, it is the ceiling within the opera house that really melts my butter. The chandelier is simply magnificent. All 7-8 tons of it sits as the perfect tiara to the masterpiece painted by Marc Chagall in 1964. I could stare at that painting for hours… the dancers, the Eiffel Tower and all those rich, warm tones. Above it all, invisible to our eyes, is a dance studio for rehearsals. Delicious!.

Bausch at the Garnier was transcendent, it was abundantly clear that an electric energy had enraptured the audience and the performers in the moment. After the show, there was a poignant silence before the audience came back to earth and burst into exuberant applause, including past President of France, Valéry Giscard-d’Estaign, who was sitting a few rows behind me Yes, the past President of the Republic was behind me. Wow, what more can a girl say than Wow? Following the event there was a cocktail in the Grand Foyer, with its eloquent balcony that runs along the façade of the opera house, the dancers drifted in glowing and waif-like. I didn’t need any champagne, I was drunk from the magnificence of it all. 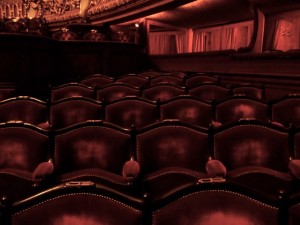 That night, at home, E expressed her desire to see a ballet the opera some day. The timing was right, Robbins/EK was performing during her birthday. I booked the loges this time, the nostalgically romantic, red brocade lined rooms with coat racks and couches that seat an intimate group of six. The doors only open with a key, giving you the impression of stepping back in time before entering the booth, which immediately transported us to the 19th century. Stretching out our necks, to view the audience, we almost believed we’d spot some feather-trimmed, diamond-encrusted aristocracy. We were eventually brought back to the 21st century as the Robbins piece began; it was light, classical and perfect for the spring. EK was something different altogether, a bit dark, and occasionally morbid, but laugh aloud funny throughout, right in step with our birthday celebration. 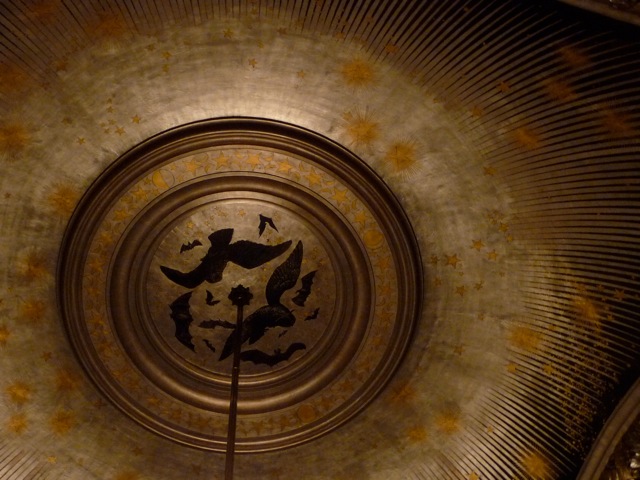 Bats in the bellfry, Oh, so Phantom.