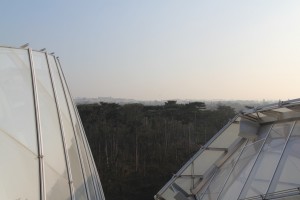 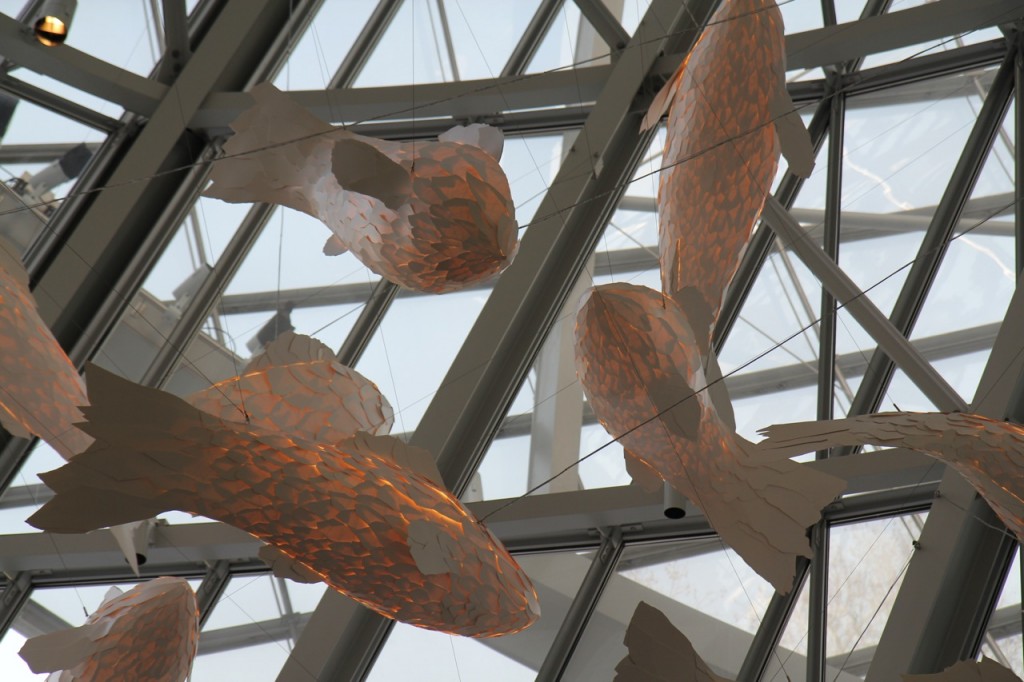 Both men collect contemporary art and at some point they both thought it would be great if they shared their collections with their neighbors. Generous, indeed, with a bit of ego involved and probably some tax benefits to sweeten the deal. Monsieur Pinault, who has the richer collection, aimed his sites towards the abandoned Renault factory on Ile Seguin in Boulogne. Easily accessible by Paris metro, it seemed like Eden.

But the Mayor of Boulogne started setting up road blocks and things got crazy in a uniquely Parisian kind of way until M Pinault had enough and took his art elsewhere. The wildly popular destination museum Palazzo Grassi in Venice, to be exact. 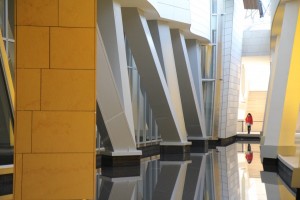 Not to be out done, his rival, M Arnault started plans for his own museum, insisting on the great architect Frank Gehry and coming up with an ingenious plan to build his monument within the Jardin d’Acclimatation in the Bois de Boulogne in Paris. I won’t go into the specifics, by putting the museum inside of the Jardin’s concession, the project avoided alot of red tape and was given a green light. 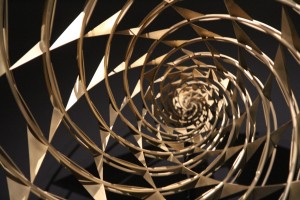 The result is Master Gehry’s Magnum Opus, the stupendous Fondation Louis Vuitton. It is a signature Gehry piece, looking very much like the crumpled wads of paper the architect uses for inspiration. But here, his twisting curves are supported by warm, wood covered beams and dressed in a light infused glassed; a poem of contradictions. The upper floors are a maze of terraces, playing with the scenery beyond. At one moment the pushing, pulling turn of frame have the visitor feeling propelled into the woods beyond, while also feeling that the woods have risen to join them on the deck, embraced by the building and the environment just beyond. It is breathtaking.

Inside, the spaces are random and disconnected. The first thing one sees are the architect’s articulated fish floating the swanky mod restaurant, Le Frank. Sbove Visitors either love or hate the Olafur Eliasson grotto below street level, but nobody is left indifferent by the diagonal fountain that flows from the Jardin d’Acclimatation to the grotto. The waves of water are irresistibly enchanting as they flow across the wide, even steps. And the auditorium with seats that fold down into the floor and an Ellsworth Kelly back drop, is so welcoming, you look forward to your next excuse for a visit, before having left for the day. 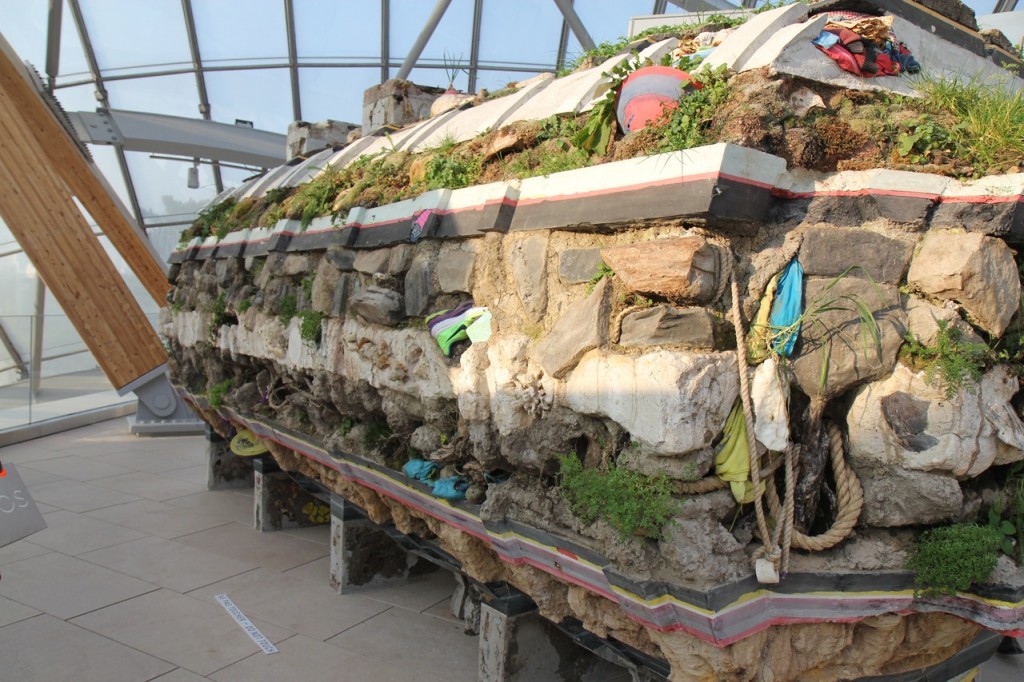 My favorite piece in the collection; Where the slaves live by Adrian Villar Rojas

You may have noticed that this review is about the building. Disappointingly, it is the best reason to go. The art collection itself is, uhm, well, rather thin… I was blown away by a Gerhard Richter room that had disappeared by second visit, as had a rather amusing set of old fashioned telephones that played famous people reciting an eclectic collection of poetry. On this visit? Well, the Giacometti sculpture is impressive and I was amused, if not totally blown away by the Olafur Eliasson exhibition, which is surprising, because I particularly adore this artist. But the pieces chosen were not his masterpieces.

I hope the museum gets a serious curator in there who know how to put on a show. But until then, it is still an extraordinary addition to the Parisian landscape, well worth an afternoon.

2 thoughts on “The Midas Touch”