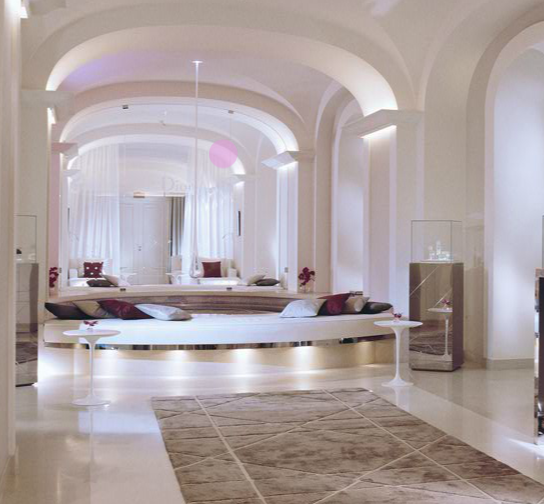 Last winter I tested a handful of Paris spas. At first, I was on the quest to eliminate a black head that was more stubborn than your average teen. Once that was taken care of, I still had a slew of appointments to honor, and it being a cold, grey winter, I was thrilled to oblige! And this being the first grey, rainy day of La Rentrée, it seems like the perfect moment to cozy up to some luxurious memories. 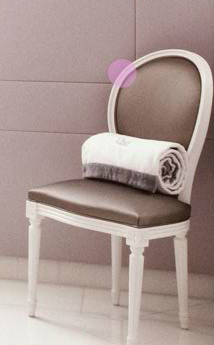 Next on my list was the Dior Institute at the Plaza Athenée. The Plaza is the only place left in Paris that still intimidates me, it is so terribly chic. Dior is, well, DIOR, and Dior on the avenue Montaigne inside the Plaza Athenée is the quintessence of Paris. I was delighted for the adventure!

But I was also working full-time at an agency in the center of Paris and my appointment was for lunch time.  I showed up at the office that morning a bit more dressed than any of my co-workers. At the stroke of noon, I headed out the door, dove into the metro and I was off with the delicious feeling that I was leading some kind of a double life.

The top hatted doorman saw me in and the concierge pointed the way. What exactly about this place intimidates me? Surely not the friendly staff! Downstairs, an elegantly (Dior) suited hostess showed me to the changing room with its hammam and large shower and invited me to join her in the rest area when I was ready.

The rest area. I am probably not the best person to be testing spas because I am so happy about getting a treatment, that I am not the most critical critic. The little extras are what matter to me, things like all those pools I’ve been enjoying, lovely spaces and tempting treats. There was no pool, but the rest area is a true haven, with Dior designed lounges where you sit and unwind as they bring you a tea and platter of healthy gourmet treats; dried fruits with fresh dates and the best little muffin I’ve ever had. I may have been purring at this point and the treatment had nut yet begun!

My appointment was for a facial. Another elegant woman came to get me in the rest area. The esthetician. She examined my skin and pointed out that its quite dry and rather sensitive, then went to work almost like a medical professional. I was in good hands, that much was certain and the facial ended with an extra bonus of a light make-over, for additional pampering and to ensure I’d be ready to return to the office. It wasn’t easy to tear myself away from this sumptuous spa where I really felt like a princess in a palace, but it was lovely having this little secret under my smile as I returned to work for the day.

+ The undeniable luxury, welcome snacks and total professionalism //  – No pool

Back to spa talk here. And still on the quest to get rid of that nasty blemish. Fortune was going my way when I received an invitation to sample the spa at the exquisite, the luxurious, the sumptuous Shangri-Là Hotel. Perched on a small hill near the Place d’Ièna in a no-man’s land between the Trocadero and the Palais de Tokyo, the Shangri-Là is a bit off the beaten luxury hotel path, which makes it feel all the more unique and extraordinary.

Past the imposing gates, the smiling valet and up the curved stone steps to the front door there is a welcoming committee to greet you at the door, ensuring you feel at ease immediately and that you don’t get lost. I was so overwhelmed by the splendor of this opulent mansion, that I am not sure how I got from the entrance to the spa.

As is my habit, I confirmed in advance that I could show up early and take advantage of their gorgeous, greco-roman tiled, blue tinted swimming pool with a wall glass wall to the outside. The answer was a thrilling yes. So I went into the locker room, stripped down and dove in, enjoying 40 minutes of lap time. The esthetician came down at one point and offered to post-pone my appointment long enough for me to really enjoy my swim, snack on an apple and really dry off before she came back to get me. A truly couture service!

The treatment room is lovely, like a large living room with everything you need to skip the locker room if you’re not using the pool. My esthetician joined me for a brief chat over tea, discussing which treatment would be best for me. The Shangri-Là uses the exclusive Carita brand of French cosmetics available only in spas, offering high tech beauty with a special emphasis on anti-aging solutions. They have a special, patented facial that does not include a vapor shower and would not help me out with my blackhead, so I opted for a relaxing massage with essential oils instead. It was lovely. The oils were the perfect texture and the esthetician used plenty of pressure, just as I had requested during my interview. She had listened to me which happens less often than you’d think in the luxury world where staff can sometimes work on auto-pilot assuming that they know better than you. This was not the case at the Shangri-La, where the impeccable facilities and attentive service made me forget my imperfection, if only for a day curled up on a lounge chair by the pool.

+ The gorgeous setting, stunning pool and super accommodating staff.//  – The steep price if you want to use the pool when coming for a treatment. 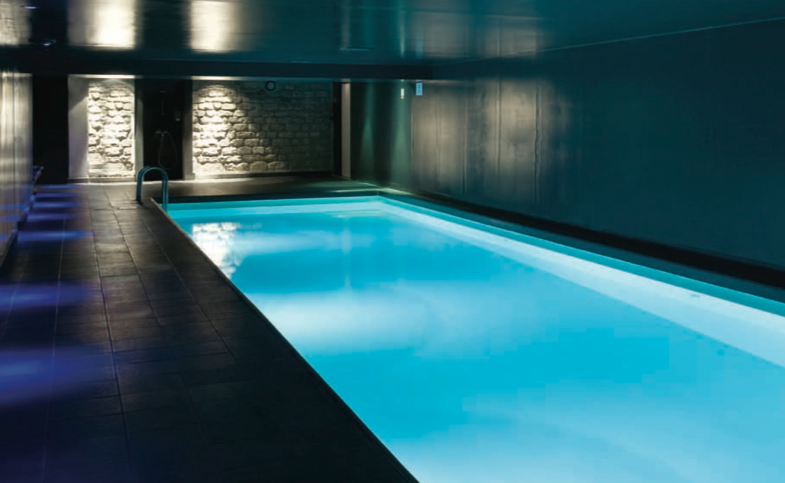 It all began with a button. I am not referring to the bright red button I saw when I was nine years old. That button was bright red and had a small sign beneath that read, “PRESS HERE” in glossy black, capital letters. Being an obedient girl, I pressed and nearly fell off the counter top as a deafening siren started wailing and customers began filing out of the store where I sat on a busy Saturday afternoon. My mother walked upstream through the slightly panicked crowd, calmly taking my hand and whispering through a force smile, “What did you???” My Mom had no doubt in her mind that I had been the one to set of the fire alarm that emptied the store. I’ve always been something of an adventure prone kind of girl like that. BUT this year’s button was the French, deceptively non-descriptive word for pimple.
It was a particularly special one; a black head that sat just to the left of centre at the tip of my nose (why do the ugliest always make their appearance at the tip of the nose?) and refused to leave, calling me to PRESS HERE, much like the smoke detector test in that store in the 70’s. I tried lotions, potions and poisons. I dug deep, I detoxed, I nearly drowned myself drinking more than two litres of water a day. It would not dislodge. Something had to be done.

Since buttons seem to inspire adventure in me, I decided that “something” was going to be an article on the best spas in Paris.

The first spa I went to was After the Rain in the Hotel St James Albany or the rue de Rivoli. I knew little to nothing about this four star hotel in the very center of Paris, but I was very excited to be heading there because when I made my appointment I’d been told to come early and bring a bathing suit. There was a pool!

I arrived an hour early for my rendez-vous, thrilled with the opportunity to be changing up my exercise routine. I was even more thrilled as I was given a tour by the receptionist, and I saw the pool, a gorgeous basin with stone walls, amber lights and wooden lounge chairs. It was utterly zen and I felt like I had my very own, private pool under the Tuileries gardens. A quick visit to the perfectly appointed locker rooms and I was ready to hop in. I did laps for forty minutes. I was alone the entire time and it was heaven.

After the pool, guests are invited to spend twenty minutes in the hammam, which has a changing LED light display to help you keep track of the time. I hadn’t arrived early enough, so I went in for my facial still buzzing from the swim.

The treatment room was a continuation of the zen design around the pool, with a splash of energizing red details. I knew nothing about After the Rain, but quickly learned that it is a very scientifically oriented cosmetics brand from Switzerland and the facials are custom blended for each client’s skin. After a quick analysis I was informed that I have very dry, visibly sensitive skin.

The treatment was fantastic, the products had cured my customarily scaly winter skin without leaving any visible redness. Unfortunately, it did leave me with that damned button, despite some considerable effort on the esthetician’s behalf. It was my fault, I should left time for the hammam!

After the treatment I headed to the rest area, another perfectly peaceful space with flavored waters, teas, herbal teas, dried fruit, fresh fruit, chocolates and fraise Tagadas candy. They even had a working wifi, so I could stretch out my lounge chair, pull out my iPad and write this piece as I Tweeted about the joys of After the Rain and dreamed of coming back with Mr French for their couples soins, La Vie en Rose which includes a rose petal bath, champagne and strawberries from the hotel’s garden.

+ The feeling of having your own private pool under the Tuileries, the rest area with exotically flavoured waters and fun treats.//  – The lack of light