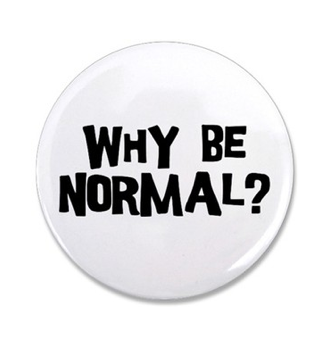 Last week I was at the nearby Franprix grocery store buying some toilet paper. It was early, midweek, so the cash registers were under staffed and the lines long. Too bad for me, because we really needed that toilet paper.

Fortunately, a second cashier came over and went to work. Things were going quite orderly as the second person in line moved over to the newly opened cash, and I started to migrate there as well, having been fourth in line and the third person staying firmly put. A woman came darting in from the very end of the line and tried to get in front of me, but I deftly squeezed by. I am used to the French art of not queueing and particularly adept at blocking line busting Parisiennes.

As I got to the cash register the rude woman elbowed me in the kidneys. I pushed back gently. She elbowed again, harder this time.

“You’re hitting me,” I informed her, naively incapable of believing she was doing it intentionally.
“You deserve it, you got in front of me.”
“I was already in front of you, you tried to jump the line!”
“That is no excuse!” she responded indignantly.

I took my bags and stomped out of the store really angry. Annoyed at myself for not having the perfect retort and angry. So angry, that I swung back around, causing the large double doors to open nearly the entire façade of the store and began screaming at the woman, calling her all kinds of horrible names and informing her that I was sick and tired of people who were unhappy and felt the need to take it out on others. IN FRENCH! I wasn’t even drunk and I was giving somebody what for in French! I turned back on my heels and stormed off trembling and completely ashamed of my behaviour, mortified at the thought of the cashiers and the two dozen other clients who had seen me loose it. 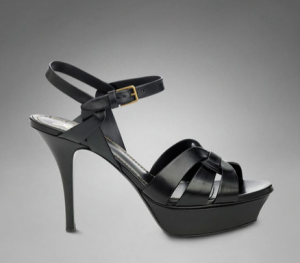 Once home I called Pam. Pam is my bff from NY, a Yoga Maverick and my personal confessor. She is the woman I count on to redeem my soul when I’ve eaten one too many chouquettes, or purchase the ridiculously expensive sandals I’ve been coveting for three years.

Yoga Maverick laughed and told me that it really was better to handle these things calmly and not to let people “like that” influence me. She then ordered my penitence; a namasté, three sun salutations. and a series of letting-go breaths.

My Parisiennes informed me that it would have been better to just elbow the woman back, sparing the other shoppers a scene. Les filles closed the topic, unwittingly quoting the book Le Divorce, with a Gallic shrug, “C’est normal.” 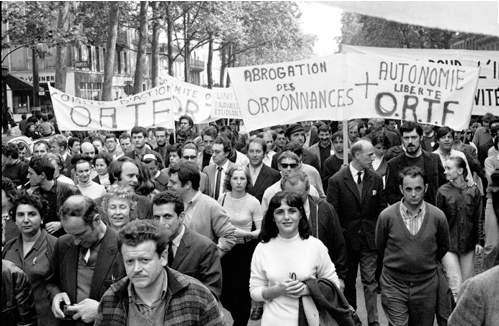 That is the first song my five and eight year old children learned when we moved to Paris.  No farms à la Old McDonald, or Little Piggies for this crowd, Parisian kids sing about going on strike!

Once had I finally made friends with these kids’ Moms, a pattern arose; every afternoon, around 4-ish, my phone would ring, with a harried woman asking me, “What are you making for dinner?” Nobody was calling because I have any particular skill at the stove top, they wanted fresh ideas. As a recent immigrant, I was happy to be exploring the French repertoire, excited to be cooking their beloved dishes, dishes they hadn’t thought of in ages. And I had lots of “new” ideas that were standards from my California kitchen. As time went on and I, too, started to loose inspiration, I turned to other European recipes, gleaning ideas from Greek, Italian and Spanish cooking. Then my inner Californian re-emerged and needed some heat. I quickly found supplies for Mexican, Vietnamese, Thai, Indian and just about any other spicy cuisine, maintaining my place as an inspirational source of new cooking ideas in the quartier.

With Picard, Chinatown, Passage Brady and countless other international sources, I was still full of ideas. Then, over a three week span, we moved, combining two households into one. And it was the holidays and my daughter was frantically writing college essays and my French ”mother-in-law” came to stay and wouldn’t leave, and my parents came to town and my Dad got ill and my step-son came for a visit and my brain short circuited and I could not, for the life of me figure out what to make for dinner…

Don’t you just love those humbling moments when you are finally in someone else’s shoes and can not see the forest for the trees any better than they could?

I began to realize that French women have to worry about cooking for the kids every night of the week. With long school days, plenty of homework and late dinner times, family friendly restaurants are really only family friendly on weekends. Take-out is not common and delivery is limited to Pizza Hut and bad sushi. I’d cooked nearly every day for nearly a decade and had not really noticed. Well, I was noticing now and I simply could not go on. SO, I did the French thing… I went on strike! A cooking strike! Heating, yes, but preparing, mixing, sautéing, steaming or roasting were off the negotiating table. 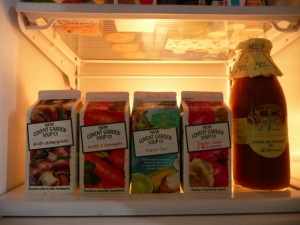 Here is how our family survived the month the chef lost it;
Soups. Pretty much every other night I was heating up a soup. The fish soup, Ile de Ré style from Monoprix, the Thai chicken from Picard or Covent Garden. Carrot, mushroom, and tomato soups, also from Covent Garden. Gaspacho, anyone?
I even found a few take out options that go beyond a slice of quiche from the bakery downstairs, our favorites being;
Clasico – Argentinian empanadas
Evi Evane – Great Greek
Mai Do – Bo Bun

Now I have to worry about the family striking against Mom’s cooking!

* Only one solution, protest!