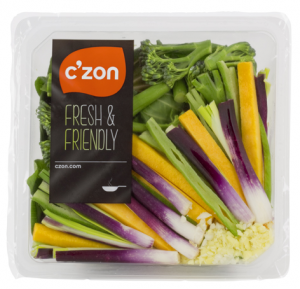 Or not. He has been away. First it was Beijing and now Atlanta, eating crab cakes and making my mouth water with jealousy. He came home to Paris for the blink of an eye between the two trips and instead of celebrating our reunion, I was laid up in bed, over thrown by la grippe. It is going around these days and everyone is blaming it our time marching for Charlie Hebdo. Even those who are laid up, but didn’t attend the rally are blaming it on the event. Sorry Charlie.

With a free Saturday on his hands and a sick me at home, Mr French decided to make himself useful and did the grocery shopping, a task I usually fit between lunch breaks when working from home. I had been working in house at an agency all week and in bed in between, so the cupboards we beyond Old Mother Hubbard bare.

Not being a man for doing things like us mere mortals, Mr French treated himself to cart at the Grand Epicerie de Paris. Em and I felt like princesses for the rest of the week, coming home each night to gourmet meals made easy. So what are the rich and famous cooking up at home these days? Probably nothing, but here is what the Grand Epicerie is offering them. 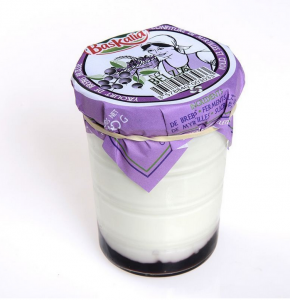 We’ve been starting our mornings with these unctuous delicious sheep’s milk yogurts from the Basque region. We first discovered them while on our annual holiday in Hossegor, so they are not only delicious, but they taste like vacation to us! At the Grand Ep’, you’ll find them in blueberry, chestnut, cherry and fig.

There is a basket full of Jaffa tangerines from Israel for snack time. Having studied the subject extensively, we find this label firm, tangy and practically perfect.

And then there is dinner. Mr French stumbled upon bowls of pre-prepared veggies that I never would have touched because they are expensive and the packaging wasteful and not at all organic. But they made the most delicious meals, so I am going to have to re-think my think. Veggies, nothing but beautifully prepared, carefully selected, raw veggies by C Zon, ready for the wok. 8 minutes, high heat and you are done. They were so incredibly good that I didn’t have remind Em to finish her greens and they even inspired this post. If you are in Paris, looking for a quick gourmet meal to enjoy in your home kitchen, this is the way to go. There are several different combos, so you can mix it up and feel like you’re having something very different every night of the week. Adding a splash of teriyaki sauce, a dash of Mexican seasonings, a splash of paprika and you’ll never get bored. Hopping, happening, and healthy!  Just add a grilled meat if you need meat, et voilà everyone is thrilled.

I think that now would be the appropriate moment to mention that this is not a sponsored post. I have never done a sponsored post and I am not interested in doing a sponsored post. These veggies were paid for, full retail, by Mr French. Now you know just how very, very excited, I want to scream if from the Parisian zinc roof tops, Californians can get about their greens. 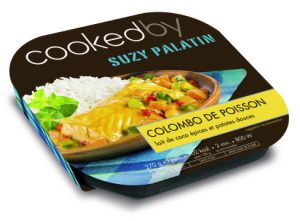 And for the nights I really could not cook, there were prepared meals, proffered by a company called Cooked by. Mr French had gotten some dishes created by a Carribean chef Suzy Plantain. There are no additives, preservatives, or even stabilizers in these meals. The fat count is low, the flavour count high and they were another life saving hit as the flu hit harder. 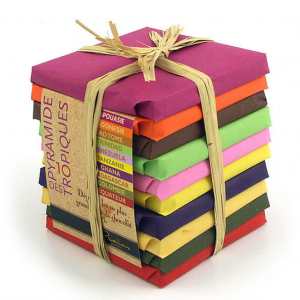 I am a nuke-ophobe. I have never had a microwave before moving into this  flat, and I only own one now by default, so I was particularly thrilled these meals can be heated with a simple bain marie. No nukes!

Mr French returned this morning and I sense a terrible cold coming on. Something so violent he will have to return to hunter gather mode for just one more appetizing week.