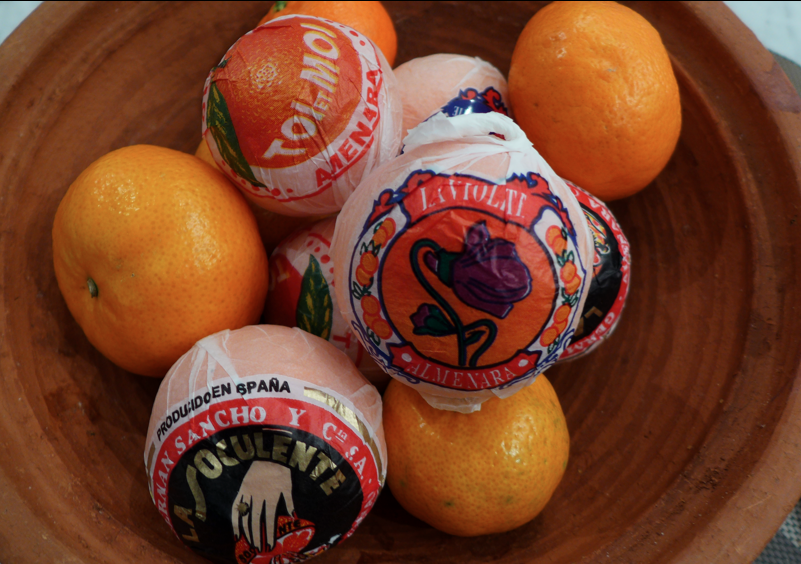 Grocery shopping would take me hours when we first moved to Paris. I didn’t know how to answer when asked if I wanted a yellow chicken, or a black footed one. I’d find myself completely flummoxed in the butter aisle and simply lost among the yogurts. It took an entire year for me to understand the cheeses and another year before I was ready to tackle a topinambour (Jerusalem artichoke). 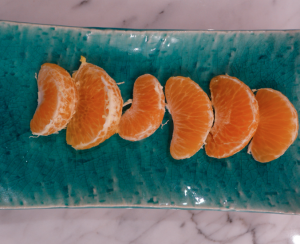 Having spent nearly half of my life as a vegetarian it is ironic that I have never completely conquered the produce aisle. There are some weird insect-looking vegetables that I can’t even name and the variety of fruits has just seemed like more than I ever needed to know. But last week, while shopping at the Grande Epicerie du Bon Marché I didn’t know which tangerines to buy and I felt like an utter idiot. I don’t like feeling like an idiot, so I asked the charming gentleman who operates the scales for a bit of advice. He was my go to man for any produce question I had when we lived across the street from the Bon Marché nearly a decade ago, and he still remembers me. Mr French’s theory is that its because I may be his only French speaking customer who smiles.

Monsieur Produce recommended the Orri from Israel. Larger, and slighter paler than most of the others, it seemed as good an option as any. That night’s conversation revolved around the fruit. Dessert had not yet finished when M French suggested we do a tasting, a tangerine tasting of the 6 different varieties on the market today.

When I lived in Montreal I would wait all fall for the Moroccan tangerines to arrive, but there were none at the grocery store, so I know this list is not exhaustive. I also forgot to write down the price/kg, which is not a minor detail when the range runs from 2,95 to 8,95! But for the flavors, the results were clear;

Toi & Moi – a tad too sweet, missing a bit of acid and it was the least juicy of the bushel (or is it a bunch?)
La Violette – as fragrant as the name implied, the perfect balance of sweet and acid
La Soculente – really not bad, just a tad less flavorful than the Violette
from Corsica – another well balanced option, the acid was particularly nice
Orri – the juiciest of the lot with a solid ‘tangerine’ flavor
from Italy – too acidic, wimpy flesh and it was the only one with seeds. 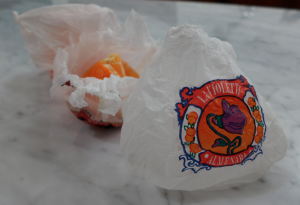 The clear winner was La Violette, but I also suspect it may be the most expensive, which makes the Corsican tangerine, one of the cheapest of the lot, a better purchase for everyday. The Orri came in a close third, but we wouldn’t turn our backs on La Soculente, either.

Now I ‘m looking forward to pear season… another fruit with more varieties I have yet to master!

4 thoughts on “Oh my darling clementine…”