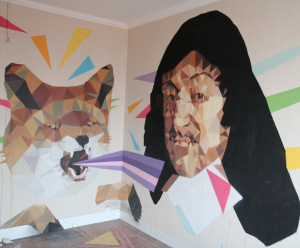 No more tears for me, I left Madame’s office more determined than ever to prove her wrong. But how? I did some research. Naturalization is registered with the Journal Officiel. I made inquiries, to no avail. I couldn’t find anyone who could help me find what I needed.

My mother-in-law was confused and absolutely certain she’d never been naturalized. She’d been born a French citizen. Over Easter holidays, 6 months into the process, we visited her in Montreal, where he organized a lunch with her brother, hoping he could help us out. A small get together for paperwork turned into a family reunion, the French cousins meeting their Quebecois cousins, the sound of young kids laughing hysterically at one another’s accent rang through out the small airplane hangar where we had gathered. The uncle had flown in that morning with fresh lobster from Maine, we feasted over red and white checked table clothes, a wing of his Cessna 150 above our heads. The wine flowed freely. It was like being on a Soprano’s set.

After lunch, things turned serious as he showed me the little paper work he had found on his parents. There was nothing on the dates they had been naturalized. But, perhaps thanks to the wine, he shared a family joke. As kids, they had always teased the older siblings for being bastards because the parents had married in Paris after having immigrated from Turkey with the older siblings. The thought was hysterical to this troupe of modern Parisians living with their old world parents. Illicit love? Maman et papa? LOL!

But what if it wasn’t a joke? We had the marriage certificate from Turkey, so we knew they had married before immigrating to France, but a few years ago my husband and I had remarried with Elvis in the Little White Chapel in Vegas. Could it be a family tradition? Is it possible the parents had remarried in France?

Back to Paris, back to the Mairie of each of the three arrondissements where the had lived, 5 year old Em by my side because it was a Wednesday and there was no school in France on Wednesday. That is because after The Church struck a deal with the Government after the Revolution. They were ok with the idea of public school, as long as kids had time to go to religious school one day a week. Wednesdays worked for the church and the country developed a habit. By the time my girls were old enough to go to school, no one was sending their kids to religious school, but teachers had grown accustomed to having their day off, and parents were stuck providing entertainment. Em spent a year of Wednesdays hunting paperwork with me.

There was nothing in the 19th, or 11th. I had no choice, but to head to the 12th. I hoped that the grump took his Wednesdays off, as many parents do, but I had no such luck and was soon facing Monsieur and his mustache. He was as horrible as always but he remembered me and was afraid I’d slip into another tantrum, so after a 10 minute lecture, he went off to search from the documents he assured me did not exist. I sat back down on the bench, next to Em, waiting to see if luck would strike twice.

M Mustache assigned the search to an intern and turned to help the next woman in line, a very proper Parisienne.

Yes, but does the document exist?