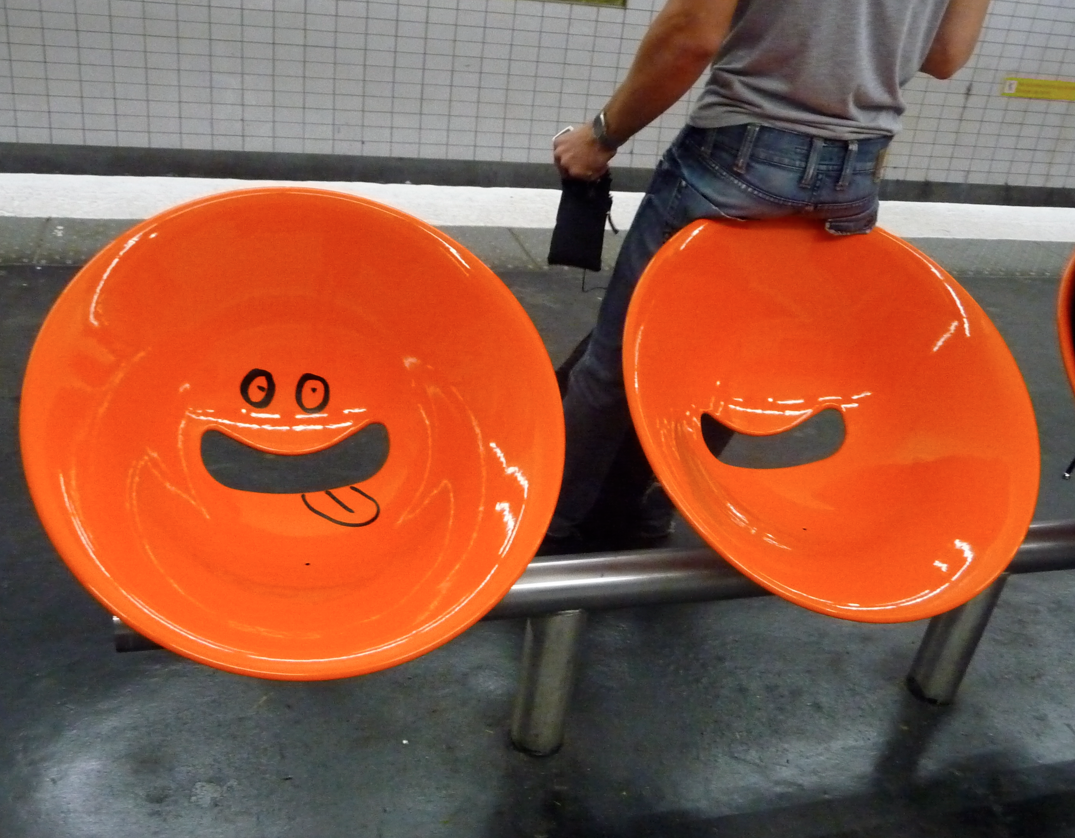 From dealing with the woman at the Tribunal d’Instance, I finally understood what Freud was getting at with his definition of hysteria; the panic was rooted at the core of my being, twisting through my gut, setting my legs into tremble mode and propelling my voice as I called my husband.

I had just ruined his life. He was no longer French, we were in the country on false pretenses and we were all going to be deported. The choe of his foot stomp could be heard surfing the airwaves all the way from the conference room he was visiting in Dresden.

— Are you out of your mind?

Well, yes, actually, I was slightly out of my mind at that exact moment.

— If that broad thinks she is going to take our citizenship!  I am a citizen under article…

I tuned out as he started spewing legalize, his cold certainty reviving my spirit. I stalked home determined to prove “that broad” wrong.

To make a long, very long story short, I set to work hunting down papers. I found out online that Madame had, surprise, surprise, given me a load of false information. There was an official document with a list of all the papers I would require to apply for citizenship.

In France, all of your major life changes are recorded at your local Mairie. I set out to find documents at what may have been their Mairie, armed with the pertinent names, month and year, but no actual date, or place. The family had lived in the 11th, 12th and 19th. I started with the 11th. Prompt and professional, they quickly informed me they did not have the document I was looking for. Going tot he 19th was like traveling abroad. We sat there in a rainbow of colors, waiting for assistance, one with a thicker foreign accent than the next. The staff were crammed into a tiny, too bright office and could not have been more patient with our lost crew of bureaucratic neophytes.

Then it was off to the 12th. Gorgeous wood ensconced offices, light filtering through the 19th century glass windows. I sat on the comfortable bench waiting for my number to be called by a grumpy man with a peppered grey mustache. By now a professional, I explained my plight and was summarily dismissed.

Did I realize how much work it would be for him to look at all the records for any given month of any given year? No, I confessed, I didn’t know exactly what it entailed, but in the other Mairie I had visited, they had taken out large ledgers, and had scanned columns of entries listed by hand in an elegant scroll. Oui, mais non, he was not willing to do this. But they had done it every where else. Impossible. He’s have none of it. He wouldn’t even know where to start looking.

Of course, he knew where to start looking! I had just told him where his colleagues had looked! I was no longer afraid of the people behind the desks. I was angry.

Incredibility. Was an uppity foreigner really trying to have her way with the system? He hemmed and hawed and acted deeply insulted. I insisted on seeing his boss. He wouldn’t budged. I told him that if he didn’t get me his boss I was going to start yelling. Smugness. If I yelled, the security would swoop down. That, I calmly explained, was why I was going to start to yell. If he did not go get his boss now, I was sure to find the person myself if security had to be called in.

A perfunctory turn on his heels, and my man was off. I could espy him whispering aggressively to a woman. White blouse, red skirt. I could see her arm shoot out, her finger pointing. And then, nothing.

2 minutes later he was back with the cumbersome ledger in his hands. He spread the enormous volume out on a large filing cabinet, using a clear plastic ruler to guide his eyes. Two minutes later.

Victory! I was once step closer to completing my dossier!

One thought on “Still trying to become French… 3”