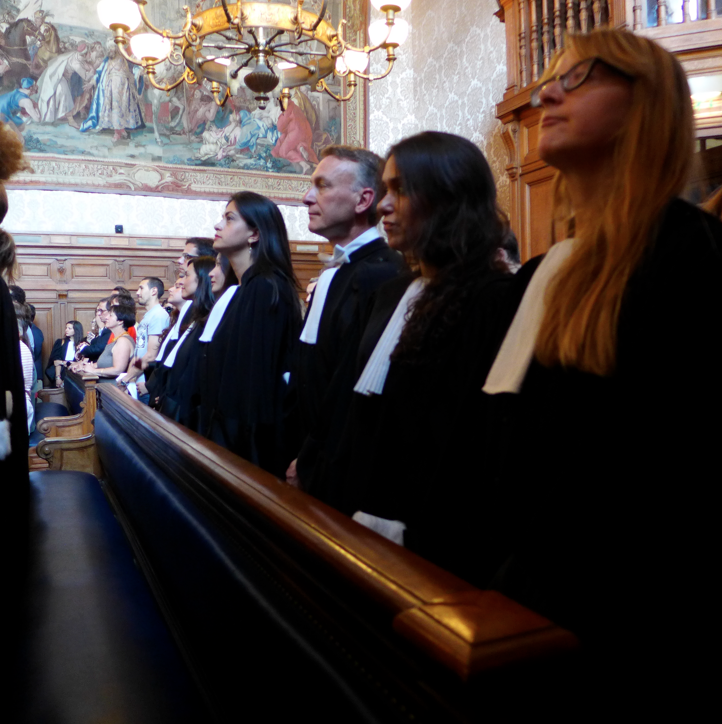 The Palais de la Justice on the the Ile de la Cîté is visited by ten of thousands every year, as tourists line up to see the spectacular windows in the Sainte Chapelle. The very attentive may notice that there is a much smaller, more efficient line just to the left of the crowd. This is the line for those who have business to do at the Paris courthouse. Unless you’re a very curious lawyer, the only reason anyone would visit the courthouse is because they’re having a legal issue, which most sane people try to avoid. My first visit was several years ago, for my divorce, and although an entire film of that afternoon is available for viewing in my memory, it was not a moment I call up very often. In retrospect, its kinda cool that I got to have my divorce in a court house that has been around since the 10th century. Not that I’d recommend the experience to anyone, but since I had to do it, at least in Paris, I got do it with a bit of gravitas under my feet. 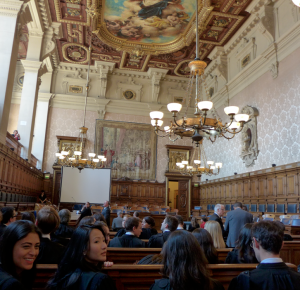 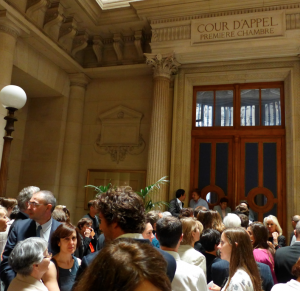 Last week, I had the opportunity to visit the courthouse for a happy occasion, as someone very near and dear got called up to the Paris bar. A much better way to discover this historic landmark and celebrate the law. As in the UK, and Canada, French lawyers still come to court in robes. The ceremony is held in an ornate 18th century room, decorated with antique wood carvings, gold leafed details and Gobelin tapestries. It is the Premiere Chambre de la Cour d’appel, which is the French equivalent of the Supreme Court.

A handful of new judges and a class of fledgling lawyers are sternly sworn in for their new duties as friends and family crowd around the SRO space. A fireman guards access to the mezzanine, counting how many spectators go up, to ensure the safety of all. 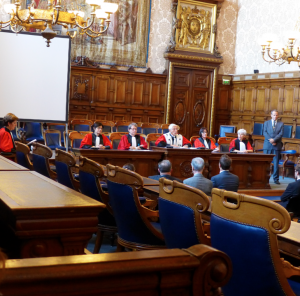 After the ceremony there is a lecture in the legal library upstairs. Last week they spoke about Sarkozy, the wire tapped phone calls to his lawyer and the repercussions on attorney – client privilege. It was an incredibly pertinent talk given by a clearly impassioned speaker, perhaps the most inspiring graduation speech I’ve ever sat through. At the end of his talk, the speaker almost literally flew out of the room, his assistant waiting by the door to grab his glamorous red, ermine trimmed robe, hand him his expensive Italian suit jacket and a briefcase so that he didn’t miss a single of his great strides on the way to perform justice.

Names were called, handshakes exchanged, and then, they too, were out the door. A new class of lawyers running off to work.

5 thoughts on “Behind closed doors”