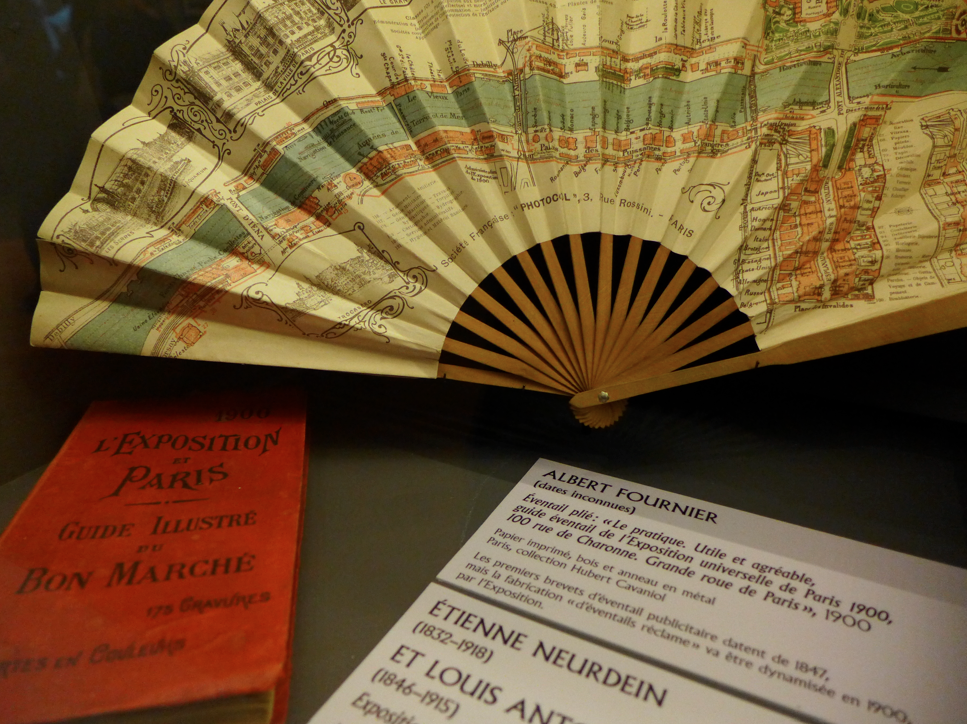 There are currently 2-3 hour long lines outside the Petit Palais, as devouted art fans, history buffs, and fashionistas wait anxiously to see Paris 1900, an exhibition featuring the year Paris hosted the Universal Exhibition and the world entered a new century.

The show is as bright and exuberant as the era it embodies. Video, architecture and objects blend to create a new world, as visitors leave the 21st century for an hour or so, and discover a time when the air was alive with electricity. 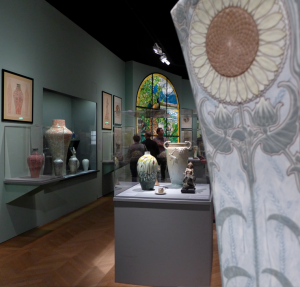 The first room celebrates the fair and the technology of the time, featuring films by the Lumière brothers themselves, Guimet’s Art Nouveau metro entrance and memorabilia from the Bon Marché.

Then you pass through a tunnel running with black and white film rolling on the walls, images of the crowd at the Exposition; gentlemen in dark suits, ladies with a flounce. There is a room dedicated to the decorative arts featuring work by Mucha, Lalique, Gallé and Marjorelle, another of fine art with Monet, Vuillard, and Renoir. I was particularly smitten with the photography collection. 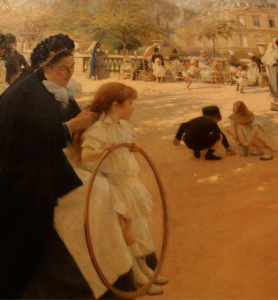 Until I reached the fashion room with illustrations of a Parisenne’s day, fans and gowns, which had me completely under its spell as I read about the Trottins. These were the young girls who would deliver hats to the haute couture clients and they were considered to be the epitome of good fashion and elegant taste, inspiring a journalist to write, “What differentiates the Parisienne from other women is a discreet elegance in every aspect of her social life; sobriety, taste, innate distinction, and the indefinable something only she possesses, that blend of bearing and modernity we call chic.” 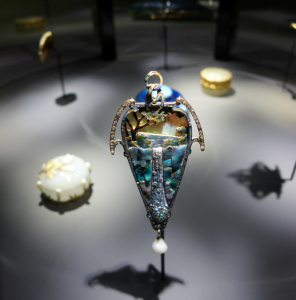 Further on, a space dedicated to the performing arts had a small theater playing the first sci-fi film ever made, Voyage to the Moon.

Te Petit Palais tiself was built for the 1900 Universal Exposition, so it felt like we were extending the show as we strolled out to the mosaic lined courtyard and lingered over our Parisian espressos in the sunshine of their petit English garden.

The show runs until August 17, and I highly recommend getting tickets in advance!

6 thoughts on “The show of the year”