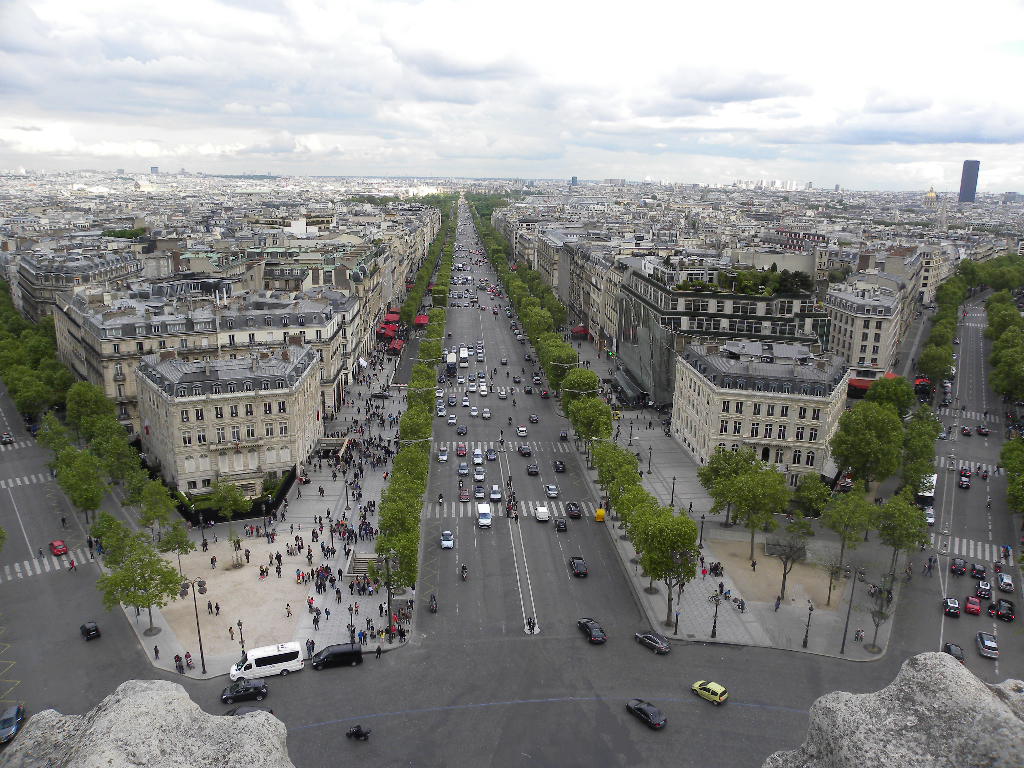 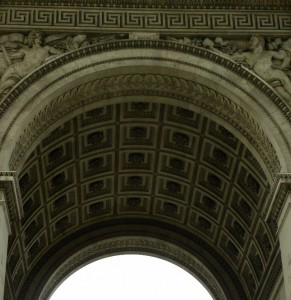 I’ve climbed the Arc de Triomphe (Arch of Triumph) several times since I’ve lived in Paris, with visiting family members. It happens to be a 20-minute walk from my apartment, and I’d been meaning to go back for awhile. I chose a cool, dry April afternoon, even though the skies were filled with both white and ominous-looking grey clouds. That didn’t matter though: the skyline appeared even more dr 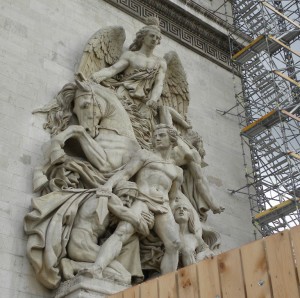 amatic than if the sun had been shining brightly.

The Arc was constructed from 1806 and 1836 to glorify the armies of the French Republic and the Empire. The single arch is located in the middle of a square with 12 avenues radiating out from it, all of which are named after battles and famous people related to France’s military history. Originally named “The Star”, this square is now called Place Charles de Gaulle.

To reach the visitor’s entrance, take one of the short underground corridors leading from either the Champs-Elysées (near the Charles de Gaulle Etoile métro exit) or the Avenue de la Grande Armée.

The only elevator in the Arc is for employees and the handicapped, so visitors must walk up all 284 steps of the spiral staircase to visit the mezzanine at the top of the Arc. About half of the Arc is currently covered with scaffolding due to restoration work, but daily visits continue. A few steps below the mezzanine is the attic room displaying the history of the construction work and architectural models and sculptures. 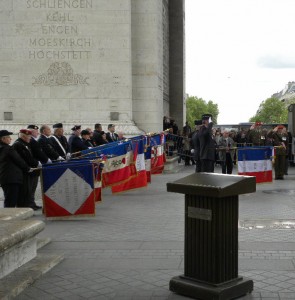 Every evening at 6:30 pm, a ceremony for an unknown soldier at the flame of remembrance on the ground level within the Arc is conducted by one of France’s 900 veteran’s associations. The colorful ceremony may be watched either from the ground behind the crowd barriers or with a bird’s eye view via a horizontal video screen installed in the attic room.

The platform roof offers an impressive unobstructed view of the nearby Eiffel Tower and the rest of the Paris skyline and leafy avenues below. Large sculptures in high relief adorn the exterior walls of the Arc, and names of battles and generals are engraved on the inside walls.

6 – 9.50 € for individuals
30 € for groups of 35 students maximum, including 2 adults
Free admission for:
Minors under 18 (family visit)
18-25 years old (for people under 26 years old who are citizens of one the 27 countries of EU or are non-European permanent residents of France)
Disabled visitors and their escorts
Unemployed
General public, on the first Sunday of each month from November 1 to March 31