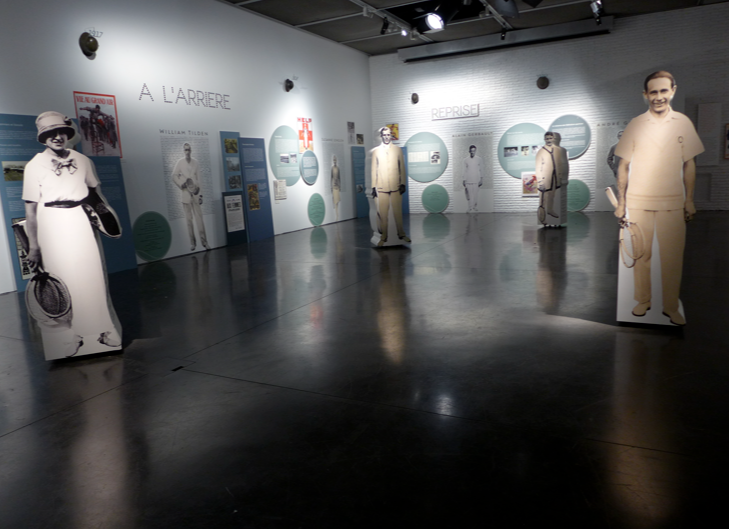 When it comes to sports, I am more of an athlete than a fan. Running, swimming, hiking, I want to be on the go! As a child, I learned to enjoying going to baseball games with my family and friends. In college, it was football games, rooting for the UCLA Bruins. Then I married a Montréal and discovered the accidental choreography of ice hockey. Living with Mr French, I started tramping out to the Stade de France in -0 weather to cheer on Les Bleus. Truth be told, I have loved every minute of it, but nothing has been quite as fun as last week’s visit to Roland Garros for the Women’s finals at the French Open. 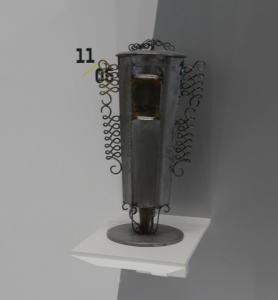 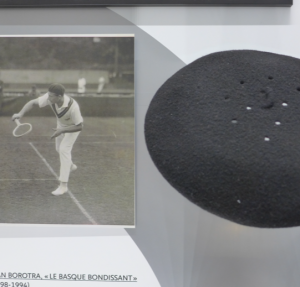 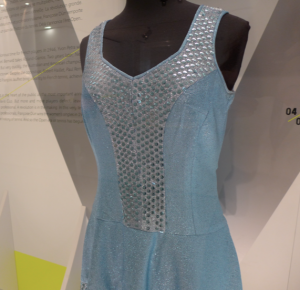 Mr French and I were there as guests of a sponsor, so there was a delicious pleasure to walking up to a guard, giving our name and being invited in, without tickets in hand. We were early, but the grounds were already buzzing with true fans who were there to watch the seniors matches (remember McEnroe?) and the junior championship tournaments.

There is a booth, sponsored by Longines watches that lets people time their serves. Could they match the 200kmh of a male pro? Not many were up to the task, but a lot had fun trying. And, yipee for me, there is a tennis MUSEUM! Can you believe it? A museum at the arena? Not only that, but the collection is alot about fashion. The evolution of tennis shoes, the first sequined tennis outfit for an indoor match, and the history of the famous Lacoste logo. There was the beret of the Basque Bondissant, with air holes added for comfort, and a tin trophy made from scrap metal during the war.

There is also a more serious display dedicated to Roland Garros, a pioneer in aviation and valiant fighter during WWI. He was also a playboy, with a roll call of famous friends and a fascinating story. The final exhibit honors tennis during WWI, which began exactly 100 years ago.

Heading up to our seats, we were invited to touch the Susan Lenglen trophy that the Russian Maria Sharpova and the Romanian Selima Halep would be battling over in the afternoon heat. Our sponsor had invited guests from across the globe and it was a particular joy watching the match as cheers sounded out around us in Portuguese, Hebrew, Russian, Japanese and English. There wasn’t a lot of French to be heard, because they are a much more sedate crowd and were complete drowned out by my Spanish neighbors. At one point I turned to the elegantly discrete French woman next to me and apologized for having made her jump when I shout in disappointment over a fault. 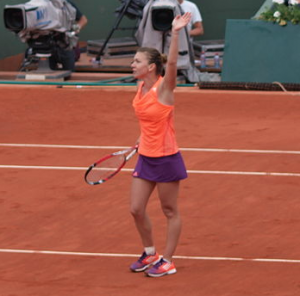 Our group was split evenly between those cheering for the prodigal Sharapova and the new comer Halep. It was an incredible afternoon, the second set going in to over time, and the entire match lasting more than 3 hours, bringing Sharapova to her knees when finally victorious, while Halep returned to her bench and composed herself under a towel.

Both women were extremely gracious during the awards ceremony, applauding each other’s efforts and skill and acting like the true sportswomen young girls can model themselves after. So now, I’m a tennis fan. Stay tuned for a visit to Wimbledon in the very near future…

One thought on “Falling in LOVE”