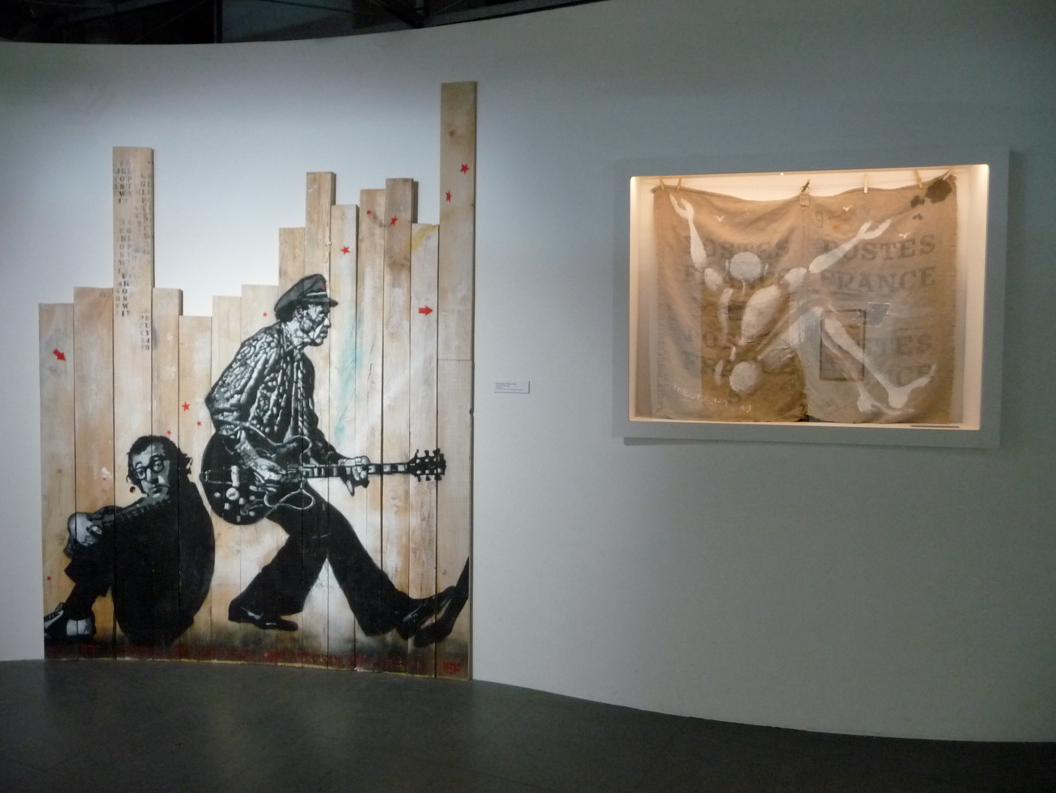 There is a fine line between Street Art and vandalism, and I really have no idea where to draw it, but for most of us, we know it when we see it and this weekend we saw a good share of it at the Musée de la Poste (the Post Office Museum), just up the street from chez nous. 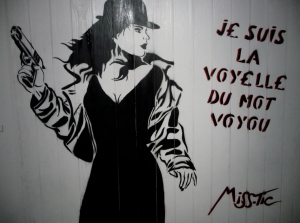 Small and not exactly known for exciting exhibitions, very few people know where the Musée de la Poste actually is. I know exactly where it is because it is less than half a block from my favorite crèperie, Ty Breizh, in the shadow of the Tour Montparnasse on the boul de Vaugirard.

Lets just say, that it took us 20 minutes for a 5 minute walk. But getting lost in Paris has its rewards; we discovered a very high end stereo store perfect for Mr French  and stumbled upon a great looking restaurant, Le Quinze, that features sustainable fish. We’ll be trying it just as soon as I am eating again (Detox. More on that tomorrow). 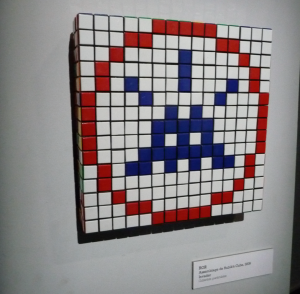 Before we knew it, we were at the museum and enthralled with the art. The collection was surprisingly international with some of the best graffiti artists today. There were the accidentally counterfeit bills by Banksy. Space Invaders done in Rubik’s cubes, pochette paintings by Mis.Tic and lots of videos to see the stars at work. The show is short, just one large room and the crowd was refreshingly manageable for Paris. Even Em, who hadn’t been particularly thrilled about getting out of bed on a Saturday morning, loved it and the videos were so well done that I stopped to watch them, which really doesn’t happen often. What is known to happen often is that embarrassing moment when I burst out into a spontaneous guffaw of laughter. This was a two guffaw show. 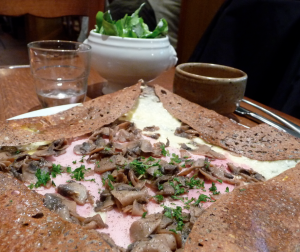 Between my gourmandise and the morning’s detour, it wouldn’t shock you to hear that we then headed to my crèperie. Lent is coming up so the Ty Breizh was full of families in a festive mood, on addition to the usual lot of travelers who come for a treat before catching their train and Japanese tourists. I don’t know why it is, but this crèperie is in alot of Japanese guidebooks.

Sat am, and we’d already gotten lost, seen some great art and had delicious treat. I was looking forward to what the rest of the day had in store for us!!!