It’s art, I get that and I am major fan. Yet, I was still kind of surprised this morning when I went to Le Figaro’s front page and saw a rather large, extremely clear photo of The Origins of the World painting by Courbet. Yes, I started my morning looking into the vagina of a stranger (shown below).

Now, I am not a prude. I’ve seen The Vagina Monologues, have a frequent buyer card at Good Vibrations in San Francisco and I am regularly called upon by friends looking for fresh new ideas for tips and tricks in the bedroom. But the painting is graphic and it was what I’d call a rude awakening.

Through my morning fog, I first thought I was staring at a photo set up to look like the painting. The work is definitely a sample of the realism school of art. Fortunately, I didn’t spit out my Prince Vladimir, Kusmi tea in surprise, but rather clicked through to learn more. 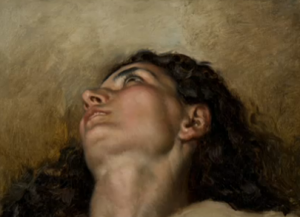 It turns out that this internationally acclaimed painting is only half a painting and that the artist originally included a head. Earlier this month, French art expert Jean Jacques Fernier declared the head of the young lady had been found. Or rather, the painting of the head had been found. Not the actual head, which I am not sure is even missing. Unlike Richard III’s, which did pop up rather recently. 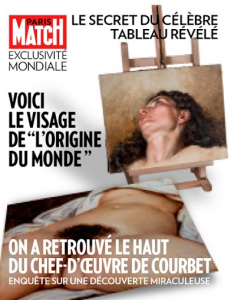 The question remains, how did Le Figaro decide society was ready to see this photo splashed across the front page? I am not the only one who finds it pornographic. When someone used the painting as his FaceBook profile photo in 2011, the company suspended his account. A book with this image as cover art was not allowed to be displayed in the windows of bookstores in France in 1994, nor in Portugal in 2009. The painting was shown at an exhibit in Paris in 2005, and although the entire room was a collection of sexually graphic sketches and illustrations, this particular painting was in an isolated area you had to go out of your way to enter.

The cover of Paris Match features the same painting, but type covers the most intimate details, making it infinitely less surprising. On one hand, I am all for the open exhibition of anatomy, on the other hand, I know that the allusion can be sexier than the reality and I wonder if seeing penis and vaginas on public display, spread across newsstands may not detract a bit from the magic and the mystery of sex.

I can’t wait to hear what you think…. 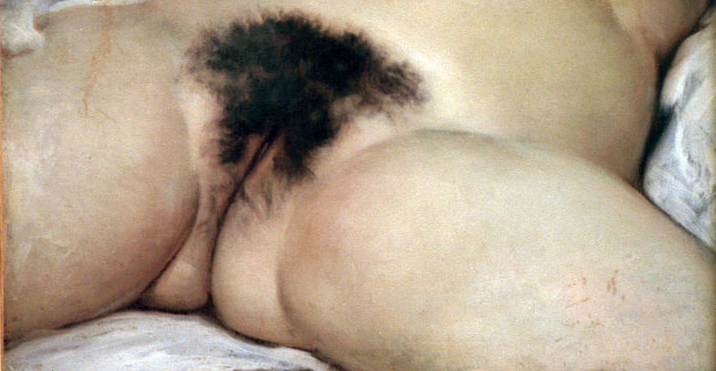 10 thoughts on “The World’s Origins”