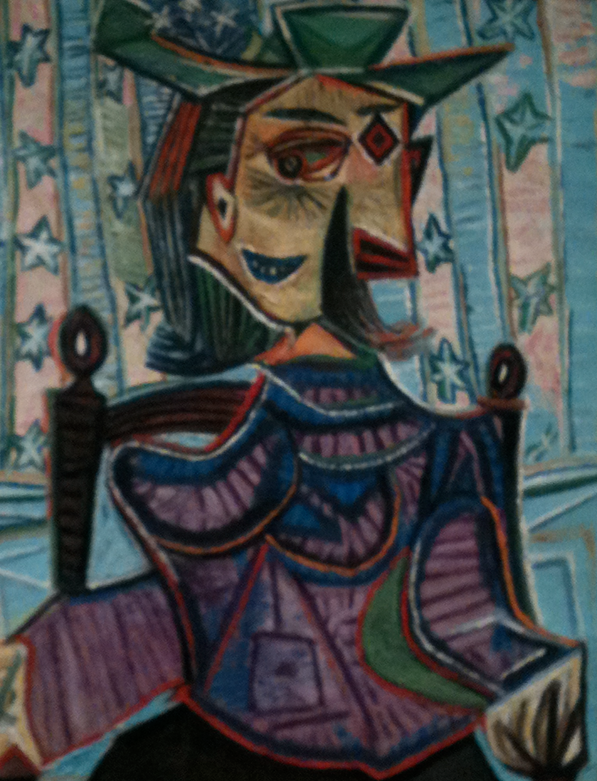 M had a friend over for dinner on Friday night. Mr French had just flown back from Atlanta and after a week of Michelin star dining interspersed with popcorn dinners, I was looking forward to a quiet meal at home.

Not being in the mood to cook, I defrosted some of my infamous pesto and sent M out to the market for some angel hair pasta and a baguette. Which is a little idiosyncrasy I will never understand. How can anyone eat bread with pasta? Pasta is just bread in another form. The need alludes me and kind of revolts me, but in my rather Euro household it is a necessity, with the masses threatening a revolution of their own if I offer nothing but cake.

We sat down to a cosy meal, talking about our new cat, the vote for gay marriage (pro) and who we hoped would win the Superbowl (Niners). Mr French shared some news that he’d heard over radio when driving home, news that had M jumping in her seat, applauding with joy. The friend started to hyper-ventilate, her face turning red, her eyes and mouth opening into large O’s as she fanned herself. Her body went stiff, her back curved and I prepared to perform the Heimlich before remembering that this was angel hair pasta. The girl couldn’t possibly be choking.

It would seem the news that our neighbor, Depardieu, had sold his 40€ million mansion to M and Mme Beckham had the girls looking like dead gold fish in their bowl; rigid, their bodies arced and unable to breath. They’re not even soccer fans! He’s 37 years old!

I had visions of hysterical teens in every corner. I imagined having to tiptoe over the bodies of prostrate young girls as I made my way to the corner café, and catching fainting young souls in my arms as they heard the news at the bakery. I looked up through the pandemonium in our dining room and glanced at an all too amused Mr French.

It may not be April, but this was definitely a poisson*. The Beckhams did not buy, Depardieu did not sell and all will be well with the world. Mr French was quite pleased with himself and his little joke, M knows him and was not over-shocked, but I’m afraid that our guest will never trust him again.

Even worse she might, because these girls are in a bilingual school. A bilingual school that has doubled its security since the holidays. In the past the girls have had classmates with names like Sarkozy and His Honorable Highness…, so we just assumed the child of a VIP from Mali had enrolled. Can’t wait until Mr French tells them its a Beckham!

*poisson d’avril is an April fish, the French version of April Fool’s.