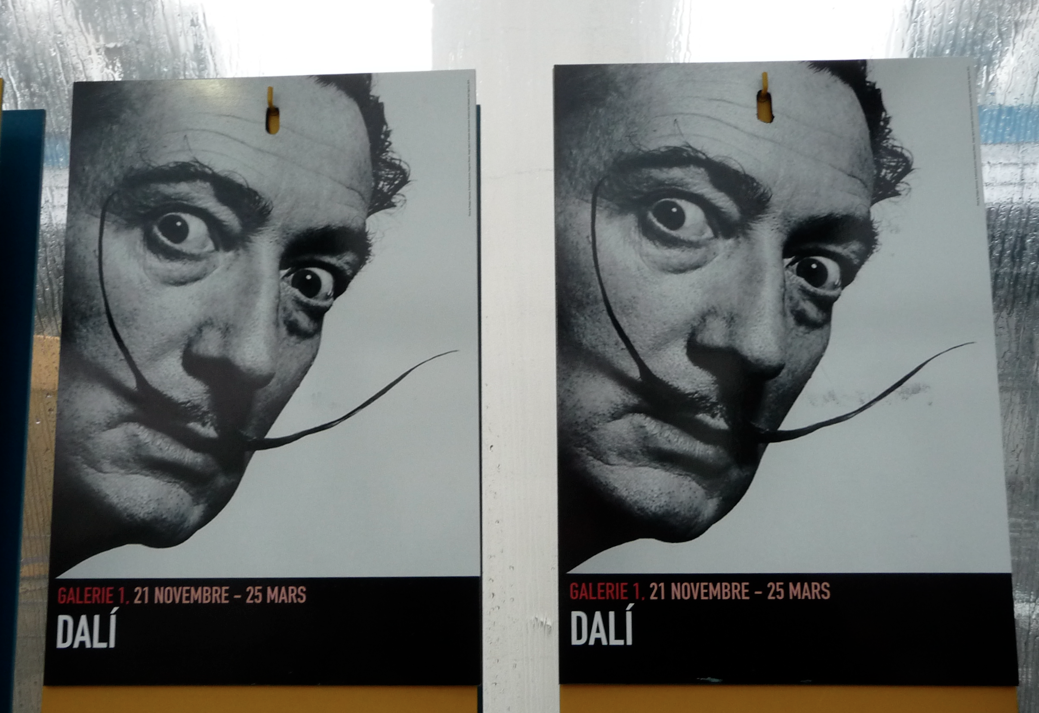 If Hopper was a great artist, Dali was pure genius. It is not really fair to compare, but we enjoyed a double header last week, seeing Hopper late Saturday evening and Dali first thing Sunday morning, so I can’t help myself.

Sunday was our third attempt at seeing the show, every time we’d tried to see it previously the lines, even for ticket holders and members, had been outrageously long. A sign outside suggests visitors arrive after 6pm, or face the three hour long waits that are common earlier. 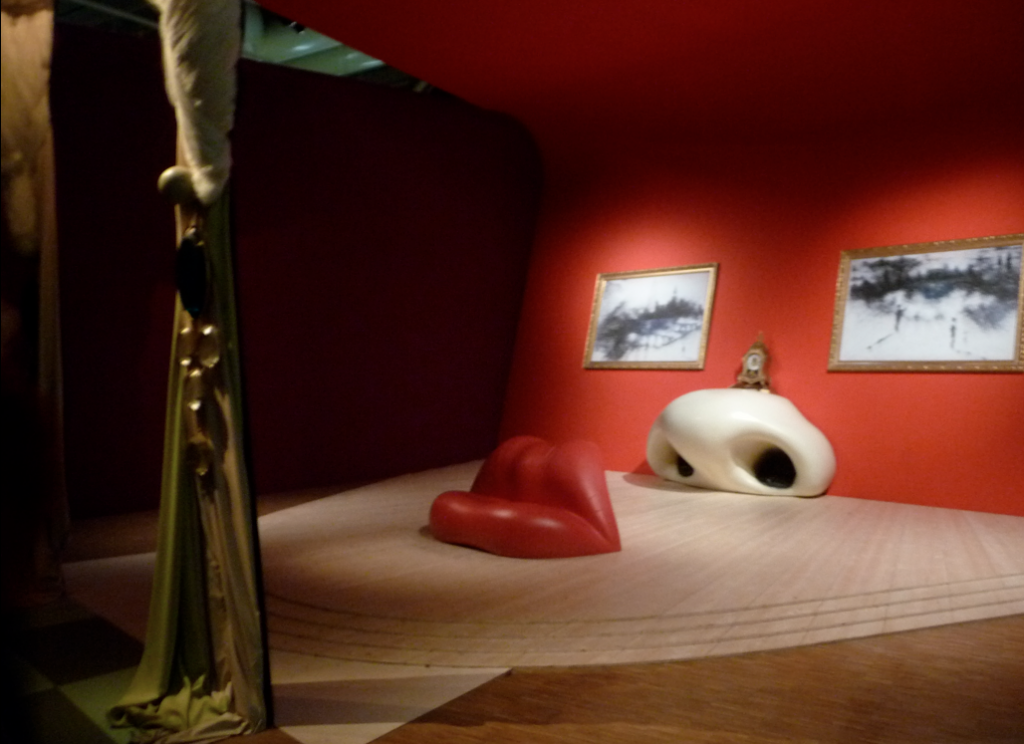 I’d read that on Sundays the museum opens at 11am, but the Dali show was open to members and ticket holders starting at 9am. We arrived at 9h20 and despite the pouring rain, the line already crossed the entire square. It moved quickly, giving us just enough time to enjoy the hot coffees Mr French scored us from a nearby café.

The show begins in an igloo shaped structure that reminded me of Dali’s home in Cadaques. The walls looked like white stucco and a docent was explaining to her group that usually there was an image of the artist in an egg projected on the walls. Unfortunately the A/V expert had over-slept and there were no videos that morning. 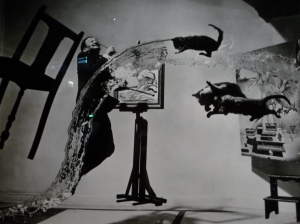 This show, like the Hopper show, presents the artist’s work chronologically and what is so striking with this show is the realization that Dali never had to find his voice. He was painting lobsters from the very beginning and even if some of his earliest work was realist, his palette, his line and his landscapes were all there, just as we know them from his iconic works of melting clocks and distorted elephants.

The result is that you step immediately into the world of Dali and start to develop the vaguest sense of his mind. If you read the signs, you’ll learn that as a young child he became obsessed with the idea that the two farmers stopped for prayer in Millet’s Angelus were actually praying over the body of the child, their child, they had just killed. The obsession stuck with him his entire life, clearly visible throughout his art and at one point he even convinced the Louvre to take his idea seriously and investigate the painting itself. Which shows that not only did Salvador have a very active imagination, but he took that imagination, and himself very seriously.

This is another very popular show and it is over crowd, with people waiting in line patiently to see each painting. After two or three rooms, this got rather tiresome, but at about the same time, the show goes multi-media. There is a fantastic theater with white plastic versions Dali’s famous lip couch, brightly lit, welcoming spectators to watch…

watch what? I had no idea because the screen was white. The guard just outside the door explained that the A/V person had never shown up and there would be no videos for the morning. 5 minutes later a voice came on over the loud speakers announcing that “Due to technically difficulties, the A/V system would up and running within the hour.” Technical difficulty must be the new term for hang over. 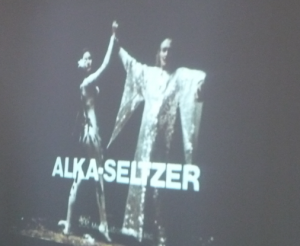 Regardless, the A/V system was running within 10 minutes, which game me just enough time to discover Dali’s 3D paintings, which are displayed with mirrors to get the full 3D effect. And then the real fun began. There is his Mae West room, which is decorated just as Dali specified, then projected against the wall, so you can photograph yourself, a bit of art within the art and a great souvenir!

There were also video clips of Dali being Dali. Some of it was in French, some I couldn’t hear and most of it, well it really didn’t matter, because the visuals were enough. Dali, signing a rock at Cadaques, Dali sponsoring a trendy party in the 70’s, giving everyone cotton candy, Dali explaining Alka Seltzer.

The videos were so good I went back to see if the film was running. It was and it was pretty funny. He talks about his famous Venus de Milo dresser with all those drawers, explaining that they are the drawers in which we compartmentalize ourselves according to Freud. And he poses his wife Gala, as he explains the American obsession for blood (its in all their movies), his melting watches (they’re so rushed, they love the idea of time melting away), and massacring children (every American’s secret fantasy, don’t you know?).

The exhibition is an inspiring orchestration of life imitating art, creating an experience that was truly surreal.