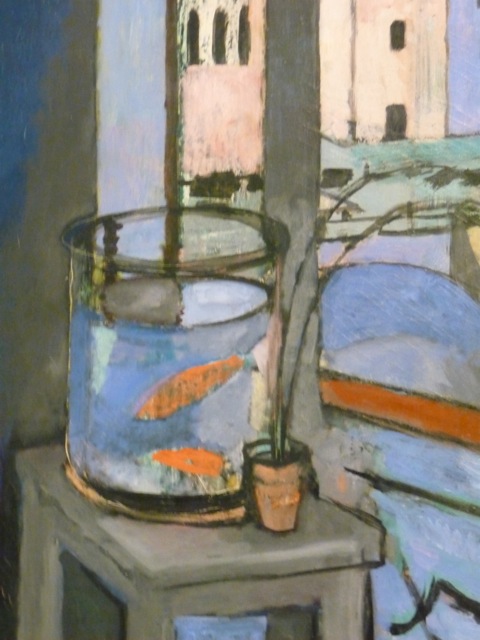 My chief Parisienne is, just as you’d suspect a very elegant, chic lady. She had a “golden” childhood as the fille de someone important and is my principle guide for all things purely Parisienne. It can not be a surprise then, that Mlle Paris was the first to tempt me with the black magic of line jumping. It was La Nuits des Musées, with hundreds lining up at the Musée Rodin, waiting patiently for the promised flashlights and night gardens. The line started at the entrance, continuing west towards Les Invalides, wrapping around the corner and into the parking lot. We arrived from the east and Mlle Paris just walked right up to the head of the line, acting like a VIP, entering without glancing left or right. I followed behind, five kids in tow.

No one batted an eyelash, or spoke out, or even seemed to noticed. I was flabbergasted. I was amazed. I liked it!

“I walked in.” she shrugged, “Those lines are for everyone else. They are not for us.”

Its foul to admit, but I had had a taste of line jumping and I was wanting more. I now line jump regularly, but in a considerably more civilized way; pre-purchasing tickets online whenever possible.

This Saturday was no exception and I started the day thrilled about avoiding the long line in front of the Centre Pompidou, where we were headed for the Matisse exhibit. 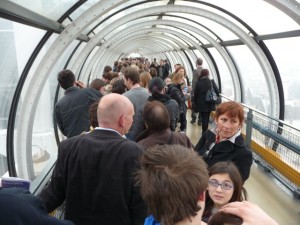 Once up the tube elevators, I was crushed to see a large crowd, everyone holding a billet coupe-file. The loudest, most hyperactive Italian kids were just in front us, providing some great comic relief as we were treated to an impromptu, modern version of Dino Risi’s hysterical Italian film, I Mostris.

The Matisse show is so popular that it runs until 23h four nights a week. And with reason, because once inside we were spell bound by the art. His colors! His lines! The rooms were full and crowded, but we hardly seemed to notice, being so entranced with the work.

So entranced that I started snapping away, totally lost in the moment. I didn’t notice the pompous jerk who approached me until he had hit my hand, swatting my camera down. I was shocked and startled and asked what he was doing. He told me that no photos were allowed, which is when I spied his name tag; M LeGrand, official museum guide. I calmly told him that was fine, but he should be respectful and should have told me politely. He snorted. I kind of lost it at that point and told him that he was rude and that no, I hadn’t seen the “no photo” sign at the entry to the exhibit because I had been distracted by a bunch of hyper-active Italian kids and and that there was no sign in the room and that he was a jerk.

“And what uncouth country did you waddle over from?” he sneered after tutoyer-ing me and questioning my sanity rather loudly.

“That is none of your concern. What concerns you is that I am fluent in two cultures, and you can never hope to be as intelligent.”

At that point a woman from his lecture series piped in saying it was enough. I glanced up to realize that we had an audience of thirty hostile folks all looking annoyed that someone had interrupted their lecture. I backed down trembling.

A woman from the group kindly came over to express her outrage at the guide and we agreed that M LeGrand, was in fact very, very petit.

Mr French’s natural instinct was to punch the guy in the nose, but he has spent a life time controlling those alpha-male instincts, so he gave me a kiss instead and we continued to enjoy the show.

Generally, I follow the rules, particularly when it comes to waiting in line and photography in an art exhibit. But on this one occasion, I am very proud to have my illicit shot. So take that, M LeGrand!