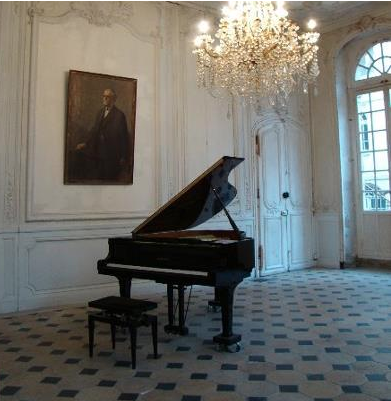 What does a music school have to do with US Independence? - photo from the Schola FB page

When we first moved to Paris my daughters were learning to play the piano on a teak 1950’s Scandinavian upright I inherited from my in-laws. I hated that thing, and was thrilled to give it away when the relocation service refused to transport it to Paris. But I loved having music in our home, so one of my first priorities was to organize piano lessons. 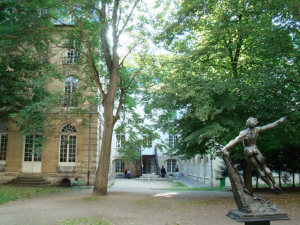 I took the girls to the Schola Cantorum. Every Wednesday. For years. We’d hop on the bus, and head up the rue St Jacques, past the Val de Grace church and into the 400 year old building. The girls would head into class while I would sit in the garden under the centuries old trees and prepare emails, listening to the interweaving music of opera singers, tuba players, piano students and dance classes wafting down from large, open windows tracing the same air waves that had once transported the sounds of Cole Porter, Eric Satie and Serge Gainsbourg.

On rainy days I was forced inside, where I’d explore large empty spaces and claustrophobic stairways. On one such adventure I stumbled upon a folded piece of paper posted besides an old, tired door. The sign read something like this, “Benjamin Franklin slept here.” 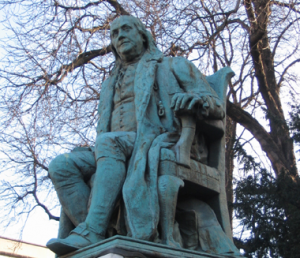 The Franklin Statue in the 16th

Now, how cool is that? I explore some random building in the center of Paris and stumble upon the bedroom of one of my childhood heroes (yes, I know it should have been Blondie. We were called nerds then). Benjamin Franklin came to Paris as the US Ambassador in 1776 to beg money and military support against the British. He stayed in a tiny room at what was then the English Benedictine Convent before setting up house in the Passy area that is now a part of the 16th arrondisement. Like me, Ben adapted well to Paris, appreciating the romantic life, fine food and lavish lifestyle. Unlike me, he used his time wisely; gaining French support for American Independence and building a nation. The nation we are celebrating today. 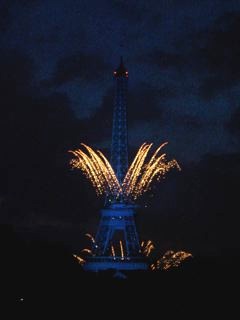