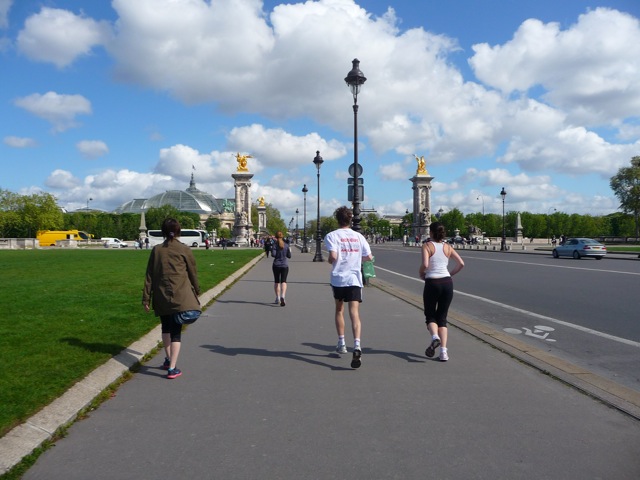 I seem to be getting older everyday, and that means I’m getting a bit fatter, too. Like many Parisiennes, I love my wardrobe and it is full of favorites from decades past. Unlike many Parisiennes, I eat too much. Which means that if I want my painstakingly curated wardrobe to fit me this season, and seasons to come, I have to move my ass. I hate running, but there are no decent gyms in our new neighborhood, so I am left with no choice, but to run.

The thing that saves me is the view. Once you get over the heavy breathing, running in Paris can be fun. In the Luxembourg gardens you start to recognize folks. There is the Kenyan looking gentleman who seems to run all day, everyday, whizzing past even the firemen as if he is training for a marathon. There are the firemen, keeping in shape for the next emergency, the lady in a nice blazer and a banana belt who shuffles along, and a homeless man with mismatched shoes. A bunch of runners got together and bought him a new pair of running shoes. He still wears them mismatched. I guess its his “look”. 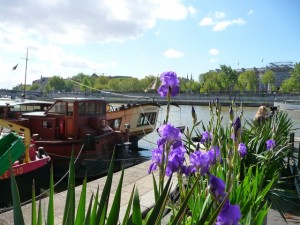 I could almost forget I am running

But running in circles is not really my thing. I’m happier going places, so we run along the Seine, passing the city’s most beautiful monuments. Eye candy is sweet, but doesn’t go to the hips. There are worse places one could run.

On particularly gorgeous weekends, we may head to Versailles early in the morning. This weekend, we had the entire Chateau grounds to ourselves as the staff prepared for the swarms of tourists who were just outside the gates, waiting for the Grandes Eaux Musicales. It was magical running in the coolness of the early morning as a light fog lifted, revealing the palace in all its grandeur. 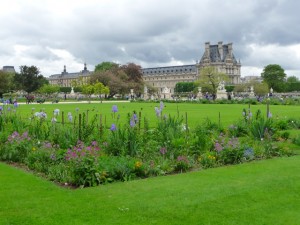 One loop around the Tuileries ends our run.

When I start acting particularly petulant and need a bit of motivation, Mr French throws me into his car and heads up to Deauville for the day. We arrive early by French standards and run along the boardwalk before the crowds awake; heading from the tip of the port to the large rocks beyond Tourgeville and back, followed by a delicious swim in the salt water Olympic swimming pool on the beach. So heavenly I actually want to run!