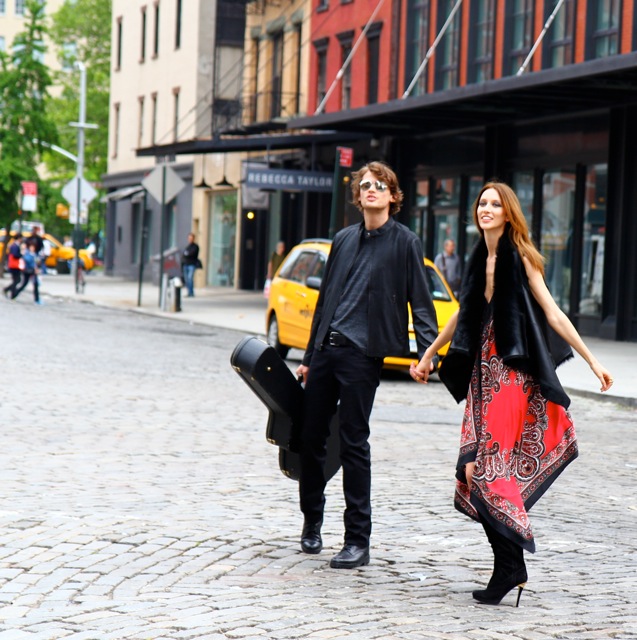 There are those who want to wake up in the city that never sleeps, but Monday night, after a fabulous evening enjoying the totally irreverent, absolutely hysterical Book of Mormon, we just wanted something to eat. We left the theater district and headed to our hotel for dinner only to discover that the local kitchens had closed by 10pm. It was 10:10. We were starting to suspect that perhaps the Upper East Side wasn’t really New York City. We went to bed with nothing more than a yogurt and awoke anxious to see the real New York.

In the meat packing district we came upon a couple with stylists, professional lighting and make-up artists all around. Being a photographer, I started shooting. Being a Jewish mother, I started questioning the photographer on the project. “Whatchya doing? Who’s it for? ” I asked as his crew walked casually by with a large aluminum-clad flash reflector, attempting to block my view. It hardly registered. Clearly these folks did not realize they were crossing paths with a almost trained Parisenne.

“Oh, really? MK? I was thinking maybe Zadig et Voltaire.” Et voilà. The photographer was no longer writing me off as some lost tourist trying to get a cheap thrill, but acknowledged me as a fashion savvy connaisseur even if I didn’t have ‘the look’. I was in. The crew relaxed, we started firing away in unison and I was rewarded with some great shots with the illusion that I’d been an international fashion photographer for five minutes of my life. I’m just keeping my fingers crossed that I haven’t eaten into the 15 minutes of fame we are all guaranteed. 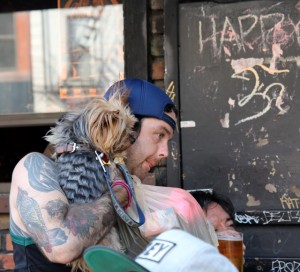 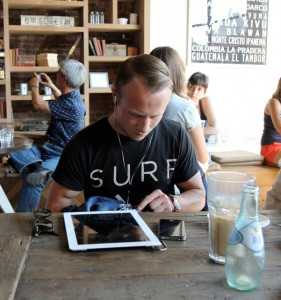 Continuing on our journey we found New Yorkers. Lovely, colorful people, everywhere we turned. From the tatooed dude with his checker-board shaved pooch, to a hipster mending his jeans (I’m guessing they were SF factory sewn 501s) while perusing his iPad. As a native from the Santa Cruz foothills, I’m fairly confident this kid has never been on a surfboard in his life. Real surfers don’t gel. 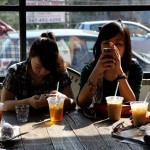 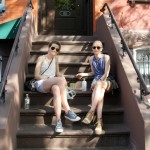 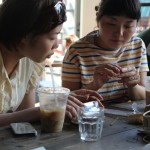 As we wandered, I’d stop to chat with people, asking permission to take their photos, exchanging stories of where we’re from and what we love about New York. It was a real vacation for me to be in a city where people are open and where I don’t have to think about what I am going to say. Although I am fluent in French, I am not bilingual and this trip made me realize how very much I weigh my words, mentally constructing each sentence before I speak. Studies show this kind of mental gymnastics postpones the onset of alzheimer’s and since I am already fairly forgetful, this is probably very good news, but its also somewhat exhausting and can erode one’s self confidence. I was liking talking to strangers.

And I met some wonderful, really interesting people, like the Harvard Medical school professor who inspires girls to reach their full academic potential and is writing about managing social media in the home.

Another advantage is that being friendly leads to all kinds of adventures. Like in the basement of the Neue Galerie where my curiosity got the better of me and I started ogling the photo studio set-up they were installing. A few questions later and Mr French and I were sitting for a portrait that may possibly be part of an exhibition celebrating the 150th birthday of Gustav Klimt. How cool is that? Of course, the birthday party will be even cooler, but I don’t think I’m on the guest list… 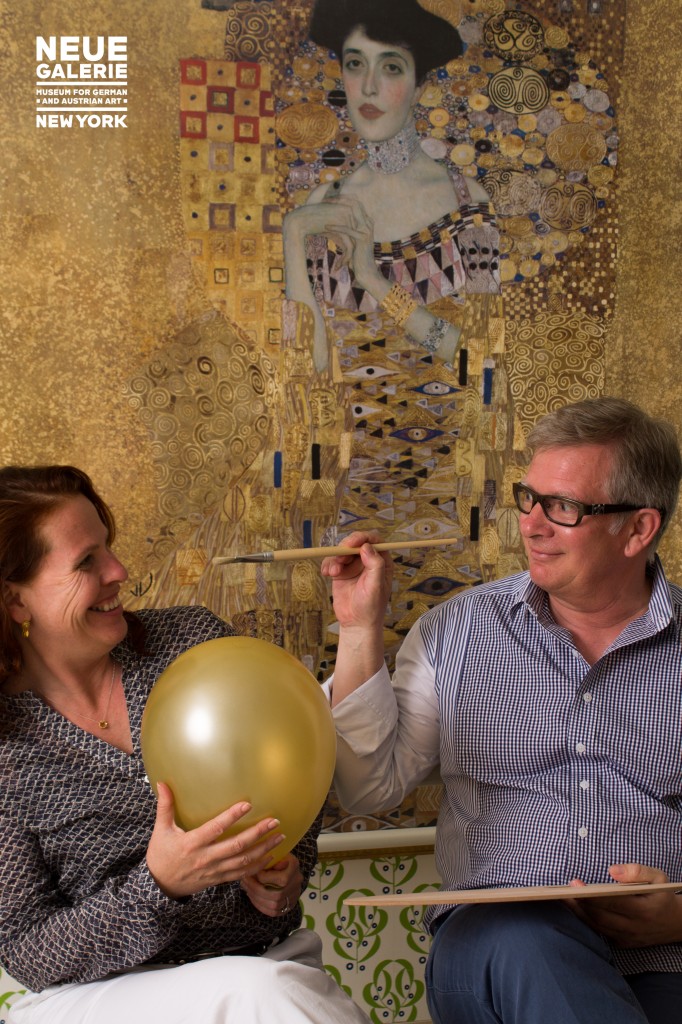