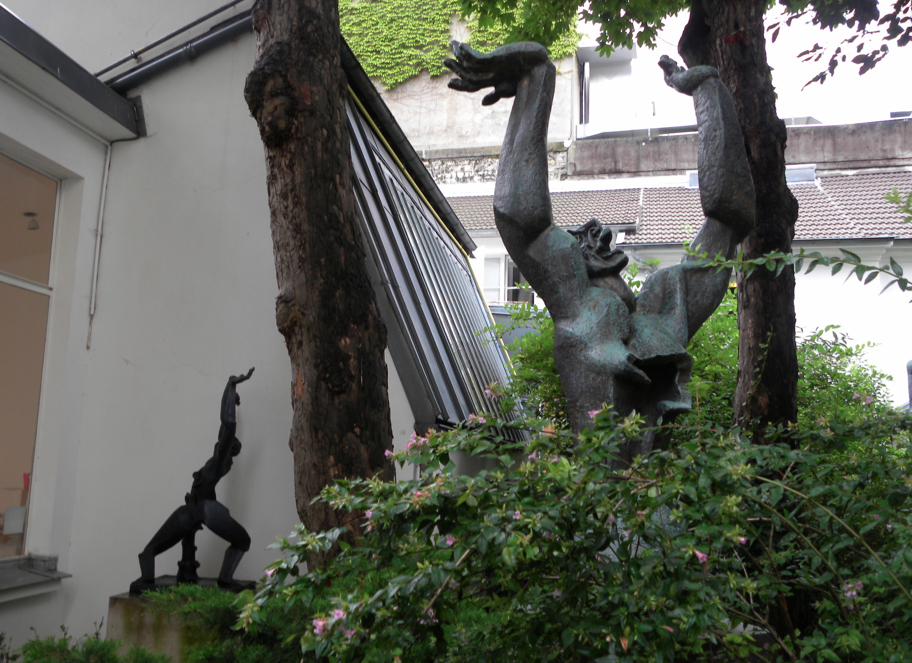 Last Thursday I took Sylvia’s suggestion to visit the Zadkine Museum on the well-known rue d’Assas in the 6th district, in the heart of the Latin Quarter.  I hadn’t heard or read much about it so I didn’t really know what to expect. From the brochures I had briefly skimmed through months ago, I knew that some of Zadkine’s works had elongated faces and bodies, similar to his friend Modigliani’s paintings. I was looking forward to learning more. 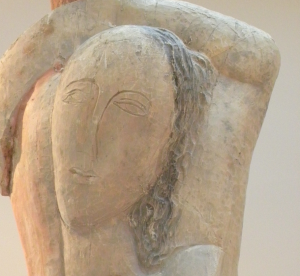 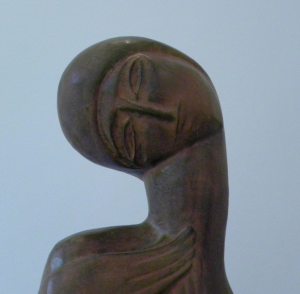 Ossip Zadkine moved from Smolensk, Russia to Paris in the autumn of 1909 at the age of 19, after a short stay in England. Working for awhile out of a studio in the La Ruche artists’ community in the 15th district, he moved to the house at Rue d’Assas in 1928, where he lived and worked until his death in 1967.  He spent a few years in the United States after World War II and became an art teacher upon his return to Paris in 1945. The sculptor’s wife Valentine Prax, an artist herself, donated the property, which became the museum, to the City of Paris in 1982.

The house/museum is barely visible from the street, and is located right next to the Panthéon-Assas University Paris II. Visitors enter a courtyard and walk through a peaceful garden, to the entrance area, which doubles as a sales desk/bookstore.  A soft-spoken reception lady handed me a visitor’s guide, only available in French that day. There was a guided tour in Room 1, so I bypassed them and began my visit in the garden, which was a good way to get an overview of important works dating from 1930 to 1965.

What struck me most was how sparsely populated this museum is, and for a simple reason: it houses only a mere selection of the artists’ work, the rest having been moved in 1988 to a second museum in the village of Arques, where the artist spent his summers. Each of the six small, airy rooms and the separate garden workshop building tastefully displays between two and seven sculptures, and there are another ten in the garden placed among sycamore trees or on a small lawn. So, the visitor has plenty of time and space to appreciate them, without feeling crowded or bothered by other visitors taking “selfies” with the works (there were none that day). 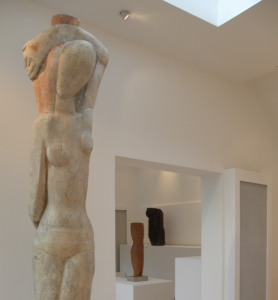 I found the larger-than-life sculptures particularly interesting :  “Torso of the Destroyed City” in bronze visible in the garden, “Rebecca” or “Big Water Carrier” crafted in plaster displayed in Room 2, and “Prometheus” sculpted in elm, housed in the garden workshop. Visitors can actually walk all the way around each of these works to admire the detail.

After my visit I took a quiet stroll in the Luxembourg Gardens, only a few steps down the road, bringing my Inspiration Thursday afternoon to a lovely conclusion.

Open every day except Monday and public holidays.
The permanent collection is free of charge to the public except during temporary exhibitions.
Group tours may be organized by contacting the Bourdelle Museum at  01 49 54 73 73.