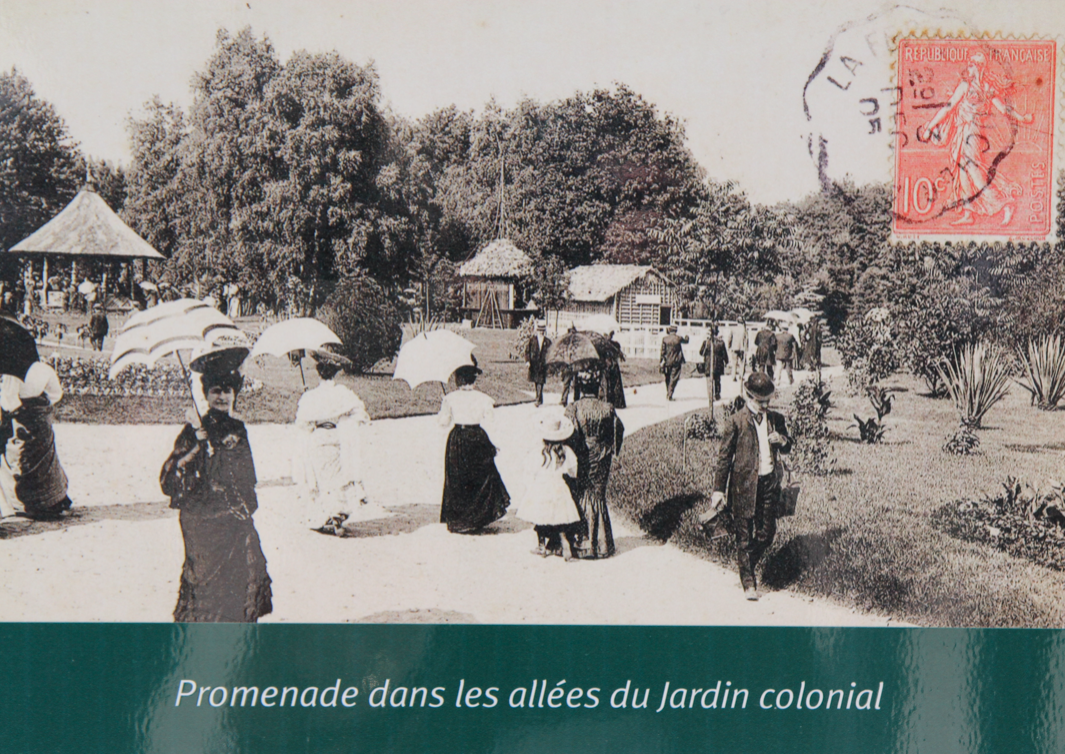 After two decades of being the chief travel agent for my family, it was a bit odd moving in with Mr French and having someone actually question my plans. Odd, and entirely wonderful not to always be the only one in charge; depending on someone else has become as lovely as a plush cashmere sweater. Sunday I was savouring that rich, cosy feeling as Mr French escorted me to the car, not a word about our destination. 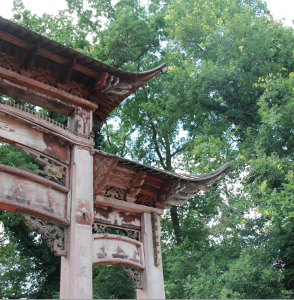 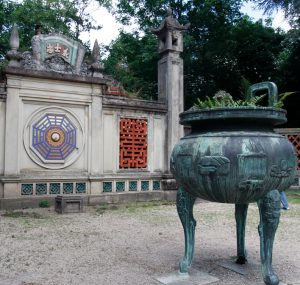 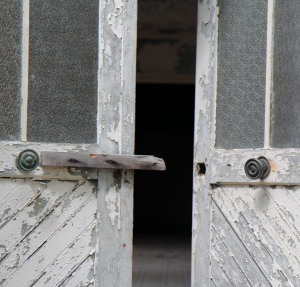 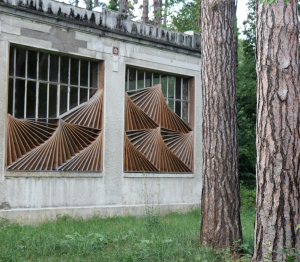 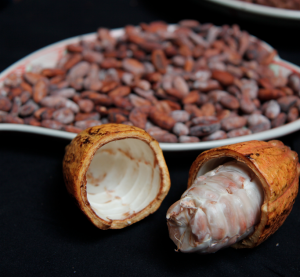 It wasn’t long before the gps told me we were going to the Parc de Vincennes. I suspected we were off to check out the new zoo, or perhaps take a row in the little lake. Instead, we drove to the very far end of the park to the Jardin d’Agronomie Tropicale, roughly translated as the Tropical Agriculture Gardens, that I hadn’t even known existed.

The gardens were built in the 19th century as a place for botanists to cultivate vanilla orchids, cocoa plants, tea bushes and other tropical crops to develop the maximum of profits from the French colonies, seedlings and saplings were shipped to far off lands with romantic names; Indochina, Mauritius. Today there are historic photos of the innovative transportable green houses they invented to ensure the plants thrived during their voyage at sea, and the crumbling remains of the local green houses where teams of scientists once swarmed, busy as bees.

Paris’ 1907 Colonial Fair featured the countries that where the garden’s crops were grown, and after the fair, it seemed as natural as the non-gmo crops they were cultivating, to co-opt the exotic pavilions of these countries. The ornate structures were brought to the grounds and turned into housing,  workshops or labs, while others were simply left as monuments to the work at hand.

And then The Great War erupted. The grounds keepers realized they had a precious resources and offered the pavilions, surrounded by their restorative gardens, to be used as a hospital for wounded soldiers. But not just any soldiers, this became a healing space reserved for soldiers who had come to Europe from across the seas to fight alongside their French colonial masters.

Today, the grounds are dotted with powerful monuments to these men, with interpretive signs that bear photos of soldiers wearing fez, billowing white robes, wide, straw hats. The exotic pavilions have been left to weather away or burnt to the ground by negligent squatters. There is now an active organic garden where city gardeners sell the produce and offer classes on organic farming and composting. A refurbished green house serves as a conference center, hosting events like the one we accidentally stumbled upon, “Autour d’une rizière” (around the rice patty) which featured tropical fruit, chocolate and coffee tastings. And because you’re never very far from astounding art in Paris, the circus artist Johann Le Guillerm has created a poetic environmental piece of wood planks nested into one of the pavilions.

A handful of Parisians have discovered this nearly secret garden, strolling in for restorative picnics surrounded by impressive trees and colorful wild flowers. As we strolled through this delicious little day dream, I grabbed Mr French’s hand and thanked him for the unique moment in Paris,1000s of miles away from our world.