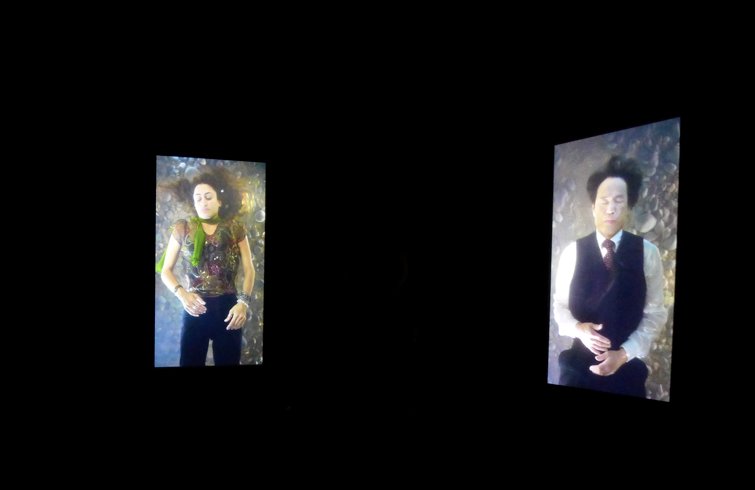 Le Grand Palais is all dressed up and ready to party for the summer, with three shows running right now.

By far, the most popular is the show dedicated to the famous video artist, Bill Viola. As someone who has never seen an exhibition dedicated entirely to a video artist, I found it interesting to wander from room to room, usually arriving in middle of a piece. The challenge then becomes trying to figure out what is going on on screen, reading how long it lasts and then deciding if you want to stay around long enough to see it all. Some pieces involve multiple screens, some rooms featured several pieces in one space.

Bill Viola definitely has a gift with light. One piece looked like the stage could have been set by Vermeer and sparkling crystals of light are held by water in all its forms. Two themes run throughout the show; fire and water. There is not a lot of subtly on display and frankly, I had “gotten” it half way through the show. But I stayed: mesmerized by the experience. Reading his biography, I read that like Hitchcock, the artist works in close partnership with his wife, without giving her much credit. 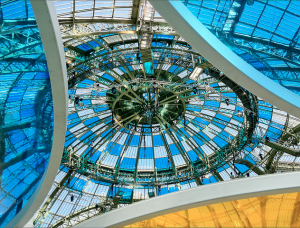 Unlike Ilya and Emilia Kabakov, a couple that shares double billing and the artists behind Monumenta, an annual show in which one artist (or a small team) is invited to create one piece to fill the immense Grand Nef. It is a difficult challenge, that stumped monumental artist par excellence Richard Serra. But when its done right, like it was by Daniel Buren and Anish Kapoor, it can take your breath away. 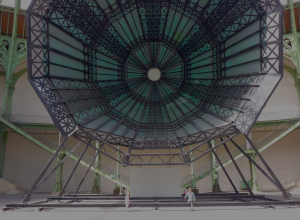 The problem with Monumenta is that it is very expensive, and it was lost to budget cuts. A very affluent Russian stepped in, offering to foot the bill for the entire show, if the state agreed to offer the prestigious role to the relatively unknown Kabakov’s. Walking in, there is a stupendous amplifier, with a design that evokes the Eiffel Tower as it projects mystical sounds. It moves those who walk past, quite literally with the vibrations of sound waves rolling through the space. The rest of the show was a complete let down, exploring themes of angels and cosmic energy, like a stroll through Haight-Ashbury without any of the charm and absolutely no respect for the monumental space.

We’ve avoided Mapplethorpe show, not because you have to be 18+ to enter, but because there is never a line. A very bad sign for any exhibition in Paris, and one that has scared us off, given the very few hours we have to wander each week. I hear from La Fashionista that it’s just a lot of penises. 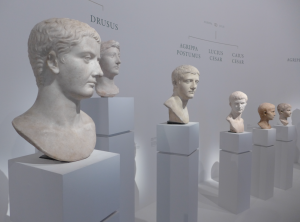 There were a lot less penises exposed on the traditional Roman sculptures at Moi, August, a surprisingly phenomenal show, following the history of the Roman Emperor that gave us the city’s favorite month.  It took me a while to translate the French names for familiar Latin titles, back into something my brain could recognize, but once that was assimilated, the enthralling history, art and objects transported us to another place and time.

4 thoughts on “Happening now at the Grand Palais”