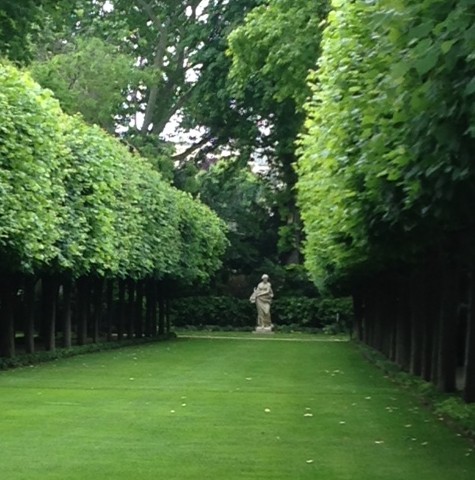 That was what was going through my head, a elaborate garden party with elegantly clad madames and their equally chic monsieurs murmuring gaily over the clink of champagne glasses and bird song. In reality, we were just on a tour with a few hundred other very casually dressed Parisians, visiting the gardens at Matignon, the Prime Minister’s residence, which were open to the public this weekend for the Fête des Jardins. 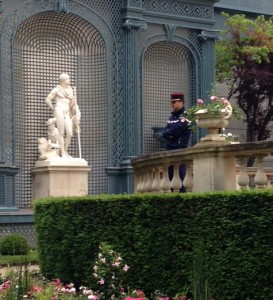 The Fête is an annual event that encourages everyone in the country to get out and explore local gardens. In Paris it is a particular treat, as very few of us have gardens of our own. When the girls were little we’d take them to our secret garden, Square Catherine Labourré for planting workshops, bird house building and harvesting the potager (kitchen garden).

The girls are beyond that now, and I had forgotten about the Fête until we cycled by a small line outside a small open door in a very long, imposing wall. Mr French stopped pedaling and wanted to know what was going on. 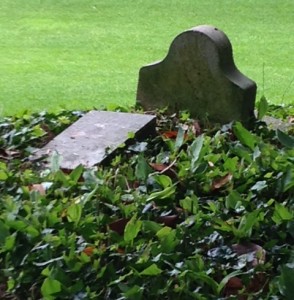 The entrance to the Hôtel de Matignon is on the rue de Varenne, but the gardens end on the rue de Babylone, where I once lived, so I knew exactly what was on the other side of the door. We stopped in for a stroll and were enchanted by the gorgeous grounds. There were signs up all over the place, explaining quirky facts and interesting details. We learned about the dog cemetery from when this had been the Austrio-Hungarian embassy and the tradition of having each Prime Minister plant a tree on the grounds while in office. Past choices have included oaks, maples and Prime Minister Cresson’s ginko. Manuel Valles, the current Prime Minister will be planting his tree this fall, but has not yet selected a species. Looking like an abandoned war bunker, there was an old glacière, where ice was once stored for cool breaks on hot summer days. 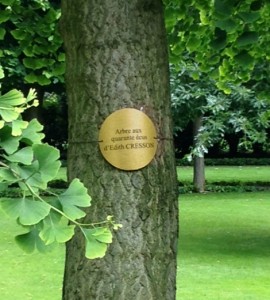 There was a lot of staff around the place, too; police circulating on Segways to make sure everyone stayed off the lawn, gardeners answering questions and bee keepers introducing the monument’s most recent tenants.

The gardens are not particularly floral, but they a sumptuous place to stroll and dream of garden parties…