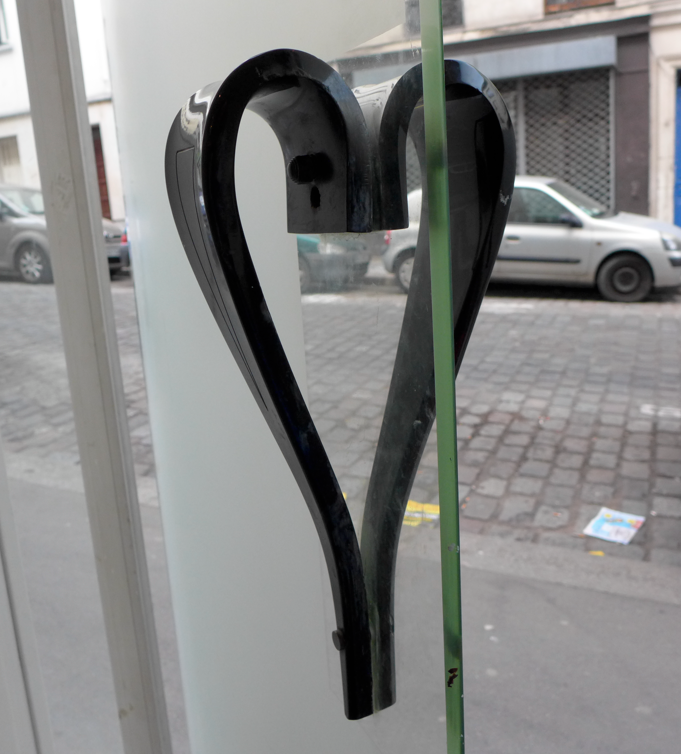 Like any good love story, it began with a pair of new shoes. A stunning pair of orange and raspberry sorbet toned Nike Free. The salesman cradled my foot, his lips and his chocolate brown eyes promising me that these shoes were made for running. Like a fool, I believed him and within hours I was racing along Lake Michigan, the bright colors at my feet a delicious treat.

In the days to come they sweetened runs around the Central Park reservoir in NYC and the Berges de la Seine on Thursday, May 1, a gloomy Parisian Labour Day. Virtually every museum and shop in town closes for the day, martyred workers getting more respect than a certain baby born on Dec 25.

After the run, I showered and put my feet up for a moment. An incredibly long moment, because when I set them back on the floor, I found that I could no longer walk. The slightest pressure on my left heel brought undeniable pain. I headed to Google and had my diagnosis within seconds. Nike Free indeed… free of proper support. In just a few runs, my new shoes had given me Plantar Fasciatis, aka runner’s heel.

A two week ban on running was the general consensus. The ‘net being a bad place for good medical advice, I called my osteopath.

Osteo-what? a good friend from the US asked me. I’d had had an osteo in San Francisco, so I’d assumed they were common. Apparently not, so I explained that an osteo treats the musculoskeletal system. While considered alternative medicine, osteopaths in the US must be licensed physicians.

I discovered osteopathy after giving birth to the only baby who wouldn’t sleep in a moving car or in a baby seat atop a spinning clothes drier. Em was an insomniac and after nine sleep-deprived months, I was a wreck. A friend suggested an osteopath. I was desperate enough to try something that seemed weird and perhaps dangerous. After a standard check up, the Dr put her hands on my baby’s skull and just held them there. I was relieved that the treatment wasn’t extreme, but felt like I was paying for nothing as I wrote the check. Stepping out of the office on to bustling Market St, I glanced down, Em had fallen asleep in her stroller. Asleep! In public! I rushed to the parking lot, secured her into her car seat, locked the doors and tumbled in beside her, my first nap in ages. I was a believer.

Osteos, as we call them in France, are very common. There is one across the street from our flat, Monsieur Maury. I have been seeing him sporadically since first moving to Paris. I’ll walk into his office complaining of a sore hip or stiff neck, he’ll invite me to lay down, then touch the sore area gently, his permanently warm hands melting into me. Sometimes, he may adjust some pressure or change his hold. I lay there each time, thinking his is doing nothing. Once my body convulsed in an electric charge, releasing ages of pent up tension, usually I just fall asleep.

This week I hobbled in, totally crushed. Before the appointment a friend had told me I’d require shots and it would never heal, another had had the same and it had taken a year to heal (her heel!). M Maury scoffed at my bleak outlook. His wife runs marathons, his daughter dances classic ballet; he knew exactly what he was dealing with. I lay down as he gently cradled my heel into his two hands. After 20 minutes, with one embarrassing snore the only perceptible movement, he was done, and scheduled me for a follow up. By Wednesday afternoon I was walking pain-free. By Saturday, he assures me I’ll be ready to run. So yes, I am in love with my osteopath, and seeing another man, but Mr French doesn’t mind one bit. In fact, with no more tears of pain intruding on our Saturday afternoons, he’s a big fan of the other man!

2 thoughts on “The Other Man”