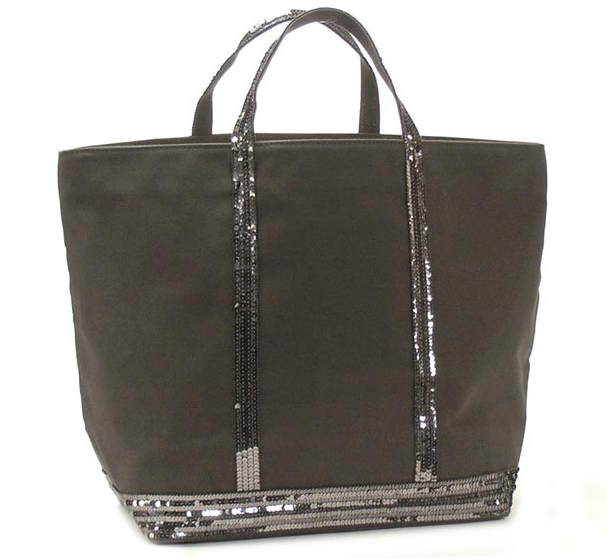 Our first apartment in Paris, once we finally immigrated here, was on the rue de Babylone, exactly across the street from the men’s wear department at the Bon Marché. Trés chic, n’est-ce pas?

Not that it meant anything to me. I was 20 lbs too heavy, did not own a bra and hadn’t shaved anything in decades. I was a granola eating, barely-recovered vegetarian, native Californian. The only shopping I got excited about was the organic farmer’s market on the boulevard Raspail every Sunday. I’d spend serious amounts of time explaining to the market vendors that, non, I really did not want an extra bag to separate my tomatoes from my asparagus, they could co-habitate quite happily for the 100 metres it would take to get to my front door, but the planet wouldn’t be in such great shape if everyone took a bag for each fruit they purchased. I’d get the gallic shrug and head home in my Birkenstocks.

The bag was just a simple canvas tote, with sequin trim across the handles and around the base and it came in a multitude of colors. The funny thing is, until then I had never wanted to have something everyone else has and I don’t particularly like sequins, although they are starting to grow on me. I felt left out, just the same.

It didn’t take me long to learn (I lived across the street from the Bon Marché, after all) that the bag is a Vanessa Bruno, by the eponymous designer. It was the ‘it’ bag of the season and many seasons there after. In fact, you still see the same design everywhere, ten years later. One of the great things about the Vanessa Bruno tote is that it is relatively affordable for an ‘it’ bag, usually available for under 100€. It is very light, and easy to wear, making it a favorite with local high school students, their Moms, their Grandmothers and every other woman who has ever seen one. 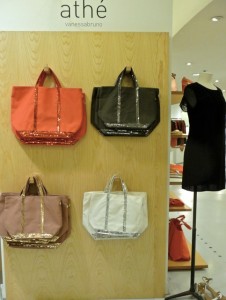 Thanks to the Paris lifestyle, which requires walking kilometres and kilometres until your feet crumble and you must rush off for a pedicure, I lost those surplus kilos. Peer pressure from my Parisiennes had me waxing in a matter of months and I now have a lovely collection of French lingerie. I’ve taken my blinders off and allow myself to admire fine fashion, even spoiling myself with an occasional shopping trip during les soldes, but I never got a Vanessa Bruno tote. And I learned that there is no mailing list. There is Telerama, ELLE and Garance Doré, which local fashionistas follow like a diamond cutter sharpens his tools. And there are my Parisiennes who keep me on their list, which is all I really need.