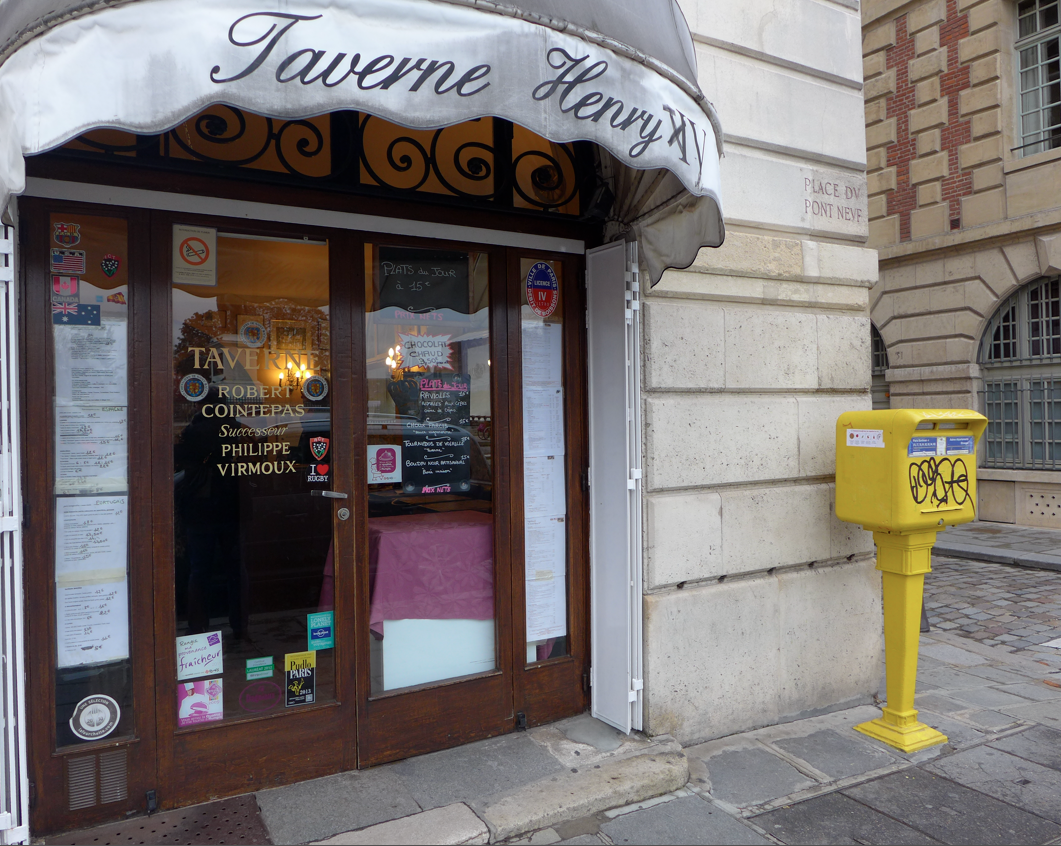 Last week I called Mr French at the office and asked if he’d be working on Friday.

“Why wouldn’t I work on Friday?” he asked in an incredulous tone that implied I had perhaps fallen on my head.

“Because its a holiday?” I ventured forth, no longer very sure of myself and completely incapable of suggesting exactly which holiday it may be.

“What holiday is that? Armistice Day is next week. And its a Monday and… oh, mon dieu! You’re right! It’s All Saints Day.”

All Saint’s Day. And there you have it. A random Catholic holiday in this laïque country I’ve adopted as my own. The irony is that the majority of the French are not religious, yet so Catholic they just assume all these fêtes are celebrated by everyone. They’re always surprised when I point out that fact, that actually, no, religious Muslims do not put up a Christmas in their home every December and that religious Jews do not break out the chocolate every Easter. 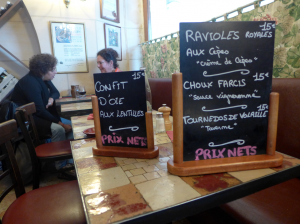 Honestly, I don’t really care, as long as I have the day with Mr French to myself, but sometimes I do feel like sending off a letter to the powers that be and suggesting maybe, just perhaps we should get rid of All Saints Day and replace it with something the entire country would appreciate. Something like a Johnny Halliday holiday, a Monet Monday or the Curie Cure long weekend!

We spent our morning in jail, and coming out we were rather hungry. Weirdly, neither of us said a word, we just turned a corner and headed to the Taverne Henri IV, a place we both loved but had never enjoyed together. 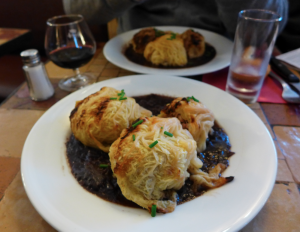 Taverne is what this restaurant really easy, with an emphasis on fast, hearty meals accompanied with plenty of wine. The owners are what one would call jovial, which really means very loud with a large smile on their faces as they yell out orders and keep everything flowing. There are only 3 mains on the menu each day, plus a selection of tartines and charcuterie plates, and maybe a salad or some other dish pretending to be healthy.

The diners are usually lawyers, policemen and clerks from the neighboring courthouse. Serious people who are there for a serious meal. The food is always simple and good, the portions huge. We both had stuffed cabbage that day. And since it was a holiday, I splurge on a fantastic café gourmand. 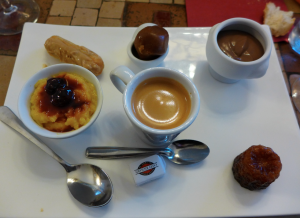 We were the last table to leave for the day. While standing at the bar to pay, the proprietor offered me a “petite prune”, a little shot of plum eau de vie. When I think of eau de vie, I think of liquid fire that burns going down, but this was mellow and rich and tasted of plums and the bluster autumn day outside. It was absolute perfection.

4 thoughts on “Lunch at the taverne”