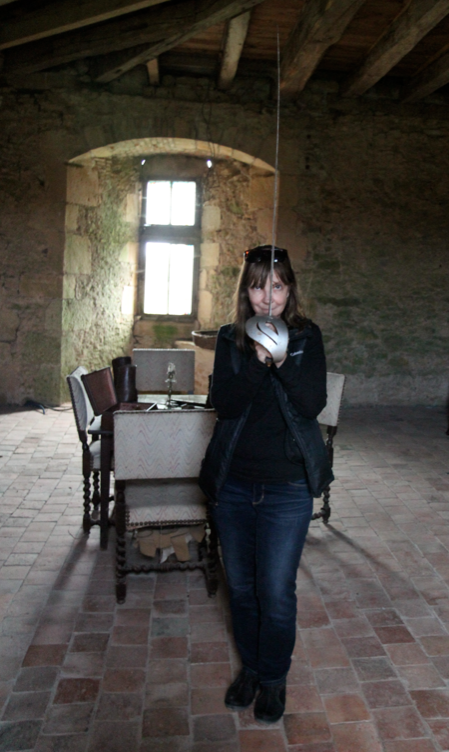 As we said our good byes at a bus stop, the successful American mystery writer, Cara Black, stumbled back, “Wait! your mother-in-law lives near Nohant, Mary Kay told me. I’m dying to go to George Sand’s house and I’m in town until Thursday. Are you up for an adventure?” Two days later I found myself alone on a dark autumn morning, driving through France with a woman I’d only known for twenty minutes. A stranger who spends her life plotting murder. 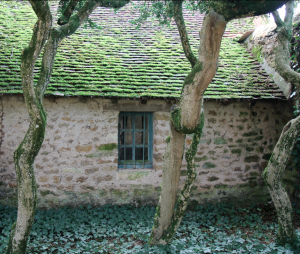 During our introduction over coffee, I asked Cara where she’s from and discovered that we’d been neighbors in San Francisco. She’d carpooled with my close friend (also a successful author) Allison Bartlett and she knows my aunt (you guessed it) Victoria Zackheim. Our connection was feeling spooky…

The sun just started to rise as we headed out of Paris. Three hours later, Cara’s ears were ringing from the incessant jabbering of her chauffeur (yes, moi) we pulled up to Mama French’s door in Chateauroux and whisked her off to lunch. Cara is intrigued by the rumours of withcraft and traditional healers in the Berry region. Over lunch she couldn’t resist peppering our hostess with questions… Was it true? Had she ever known of a witch? Solicited the services of a healer?  Mama French’s face went white and her mouth closed tight as a button. When Cara excused herself from the table Mama Fr leaned over and whispered that all those stories give the Berrichons a bad reputation in France. It was NOT a discussion to be had with outsiders, especially not in public and certainly not with published authors who may include that kind of damaging information in thier 15th mystery novel! We left our meal full of food, but without any leads. 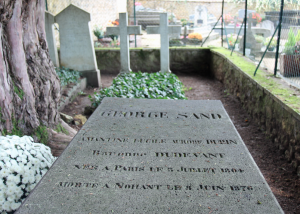 As we drove along, Cara told me more about Amiée Leduc, her Parisian private detective who wears three inch heels, flashy nail polish and drives a pink Vespa as she solves morbid crimes in every quartier of Paris. I learned how to find the most mysterious crime scenes and plot the most gruesome murders. 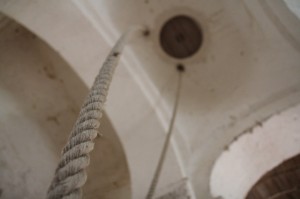 We arrived in the tiny hamlet of Nohant, eerie bag pipe music wafting through the deserted square as we visited the graveyard and a church with wide ropes draped to the side, perfect for ringing the church bells, or hanging a man. George Sands home was lovely, but creepy, everything left intact, exactly as it had been when she died in 1876, despite living there herself, until 1971! 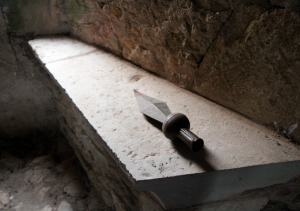 A small detour and we found ourselves visiting the privately owned medieval fortress of Sarzay where the owner has spent the past thirty years rebuilding the chateau, stone by stone, filling it with taxidermed animals and ancient weaponry. I think Cara’s knees went weak as we entered the Salles des Gardes, and there, spread out on a table the size of my living room was a collection of killing devices centuries old. There were no rope barriers, no supervision. Just a mystery writer, a photographer and an unlimited opportunity for gore.

The weather had been unseasonably warm, but the blue summer skies suddenly turned a vivid yellow, then black. Without warning, torrential rains start to pour down we found ourselves scrambling to descend the 14th centurywinding staircase, with narrow, uneven steps and without any light. There was a scream as a pigeon swooped past, a gasp as a step was missed. Outside, we made a mad dash for the car and headed into the prematurely early night to find our lodgings.

The rain turned to hail, pelting our windshield faster than the wipers clear our view. Large, swampy drainage ditches that lined the road made pulling over impossible. The GPS led us through twisting, hilly lands getting us to Vigoulant where we followed the sign pointing to the Moulin de Barre. We drove up the hill. And up and up, without seeing a single sign of life. A large tree branch (or was it a tree?) had fallen and barred the road. Cara ran put into the pitch black of the night and was relived to find that is was a light branch, easy to remove. The trees started to form a low, narrow canopy and tall grasses grew between the wheel ruts in the mud. The mud? We’d gone beyond the roads and were now on a narrow chemin. We called our hosts, made a u-turn and headed back down the hill where our host Geoff stood under an umbrella with his flash light to guide us in. We hadn’t noticed any lights because sometime during the day, someone had ripped the light fixture from their sign. Was it intentional? Had they known we were coming?

4 thoughts on “A murderous weekend”