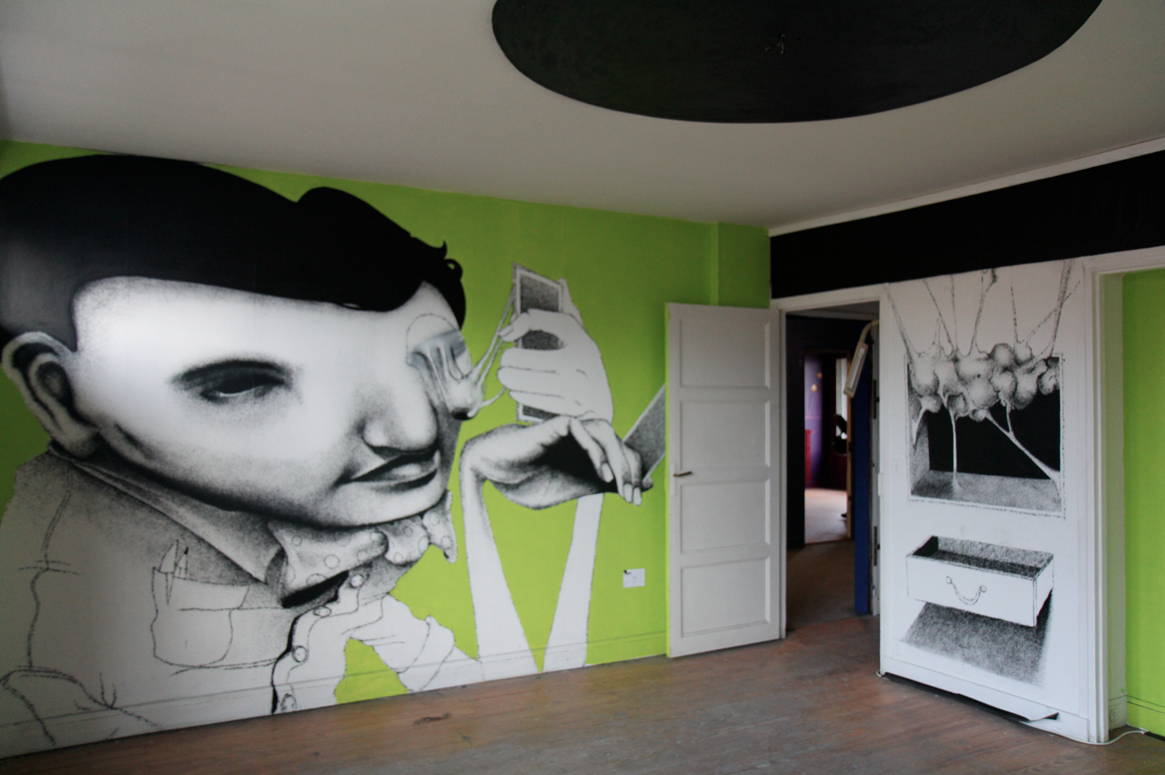 by the Brazilian Ethos

Da Vinci, Picasso, Mehdi Ben Cheikh. I believe the art world has a new genius. Not in the traditional way, because Monsieur Ben Cheikh is not an artist, he runs the Paris art gallery Itinerrance, which specializes in Street Art. But he has created a modern masterpiece, ideal for the digital age.

In an interview, comparing street art to the 100 yr old cubist movement, the 38 year old, Tunisian born galleriest spoke of needing to create a new venue for street art, which, he asserts, doesn’t really belong in a gallery, or a museum. He is not wrong. He is so convinced of the need for alternative venues that he was able to convince the Mairie of the 13th arrondissement to lend him a housing project that had been vacated by its tenants and will be torn down Nov 1. Then he convinced 100 street artists from across the globe to come and do their thing in the 4500M2, 9 story, 36 apartment building. 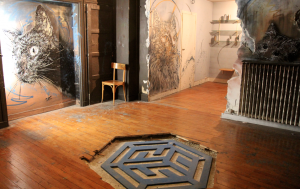 The result is phenomenal and word spread quickly. After two weeks, the lines were 5 hours long, then 7 and by the time I arrived at 8:30 on a brisk autumn morning they were predicting a 9 hour wait. Visitors had been there since 5am for the 10am opening, using abandoned couches and found furniture to make the wait more comfortable. There were families with young children, grandparents, teens and hipsters of every color and every social background. Guards were helping the handicapped get to the front of the line where they have priority. 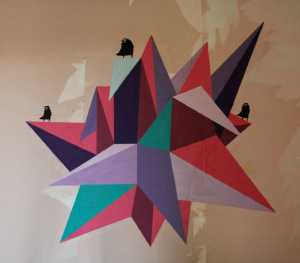 Like the artists who participated, journalists from across the globe showed up, gathering in a small park near the entrance. An unusually chatty and punctual local press arrived; nobody was going to risk missing this experience and we were all giddy in anticipation.  An elderly lady with a crutch approached a guard, yelling at him about the line and how it was destroying her neighborhood; notebooks came out, pens scribbling down the conversation. This had been her home and she did not like seeing the swarm of humanity at what had once been her doorstep. She came every morning to yell at the guards and collect her mail. 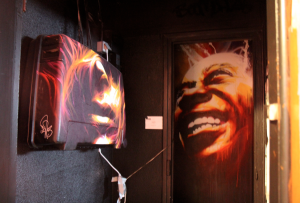 There was a loud uproar when the press agent opened the doors for 45 lucky journalists. We were told we’d have one hour, not one second more, to visit the entire project. We rushed up all 9 flights to the sound of frantic foot steps, laboured breathing and comments about needing to join a gym. In instant contrast, there was total silence on the landing of the 9th floor; no matter how in shape we were, the art had taken everyone’s breath away. 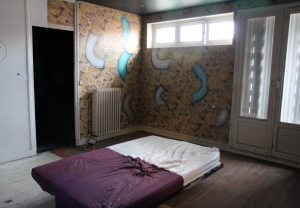 Its hard to explain the sensation. It isn’t merely street art, this is a carefully curated collection featuring the best graffiti artists in the world and they were given an extraordinarily rare opportunity, which inspired some truly incredible art. Unlike a museum, or a gallery YOU ARE IN THE ART. It is above you, below you and all around. The colors are rich and saturated. The light was dim, streaming in from random windows and the occasional spot. The mood became reverential. I think every one of us was completely awestruck as we rushed from room to room, some of us taking photos, other notes and the lucky few who were just taking it all in.
The time limit created an internal frenzy; we wanted to see it all, but needed to absorb it, to. I recognized some of my favorite graffiti artists from exhibitions at the Cartier Foundation and the Musée de la Poste; local boy C215 who pochoir-ed in some crazy cats, and the Brazialian Ethos with this playful bright scenes. Some of the artists have something to say. There were hommages to other great artists and authors, commentary on urbain decay, studies on the definition of home, or graffiti’s place in the world today. Other works were just about the beauty of the image.

At 10am exactly, I was on the rez de chaussez, ready to go, but there was more. I should have known, they’d gone down the basement, using reflective paint under black light. A large cow head loomed over the space like an ancient deity. There were abandoned strollers, body parts, a street sign. I walked out into the daylight trembling. I had been an integral part of a work of art for the last 55 minutes, and somehow, it had changed me. Created a gentle shift in my soul, like a true masterpiece.

There is a movement to save this work of art. I am against that. This is a home for people who would otherwise not have a home and it is for the greater good. I do hope the gallery saves some of the work. A wall here, a bathtub there. But I suspect that Monsieur Ben Cheikh will stay true to his original mission and let it go up in dust. Geniuses are like that. Able to stick with a vision.
There are more photos on my Facebook Page