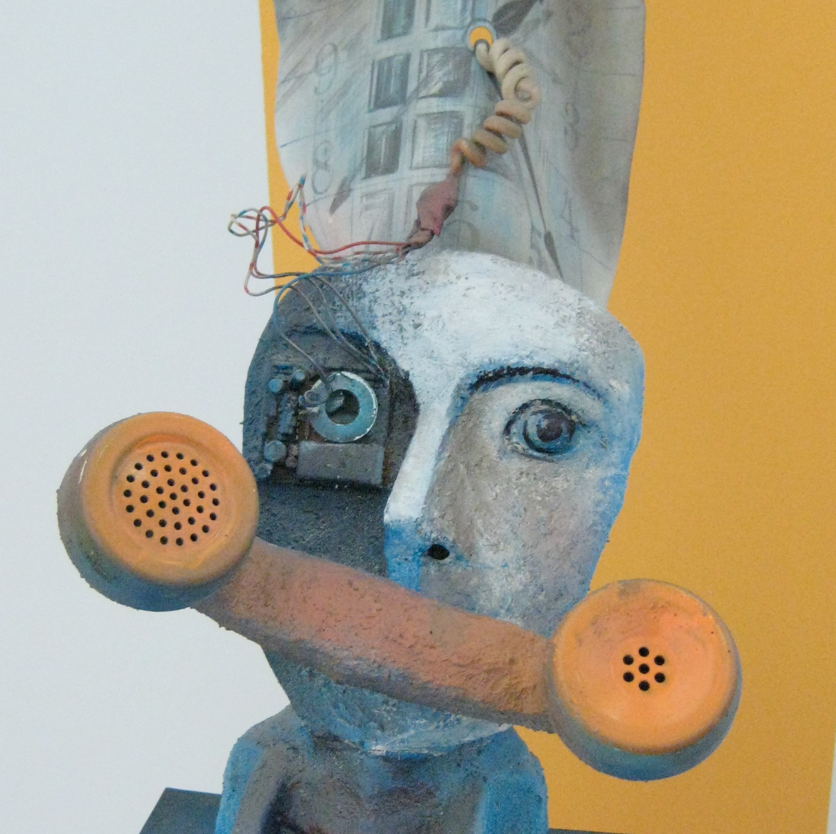 Yesterday, through the bizarre-atude that is the internet, I landed on an old article in Le Figaro listing the 100 things every Parisian should do at least once in Paris. Intrigued, I printed it out and head for #26, a café at “my” Café de Flore, where I sit writing this, scrunched between a very chic Parisienne and her actress daughter, and two ebullient Italians. At 13h30, the Parisiennes are having their morning coffee, the Italians wine.

My mind wandered to Miami, where I once found myself having to spend the day alone with a woman I hardly knew. My husband was a lawyer, hers a doctor and they were best friends, bound in friendship by a neurotic, Montreal Jewish upbringing. The woman and I took my rental car down to Key West and rented scooters, touring the island without helmets. Knowing that the very idea of our adventures would strike fear in our husbands’ hearts, we relished the moment! Scooters without a helmet would strike nothing in a Parisian, but according to Number 1 on Le Figaro’s list, locals get that same living-on-the-edge sensation by eating at a museum restaurant, without visiting the museum. Such rebels !

The categories themselves are pretty revealing. First and foremost, where to splash out on a gourmet delight! Then comes what to do when you’re in love, when you’re free, nightlife, culture and finally, things to do when you’re feeling blue, a common state of affairs in a city that puts so much emphasis on love. There is a miscellaneous category, which ends at 100, but the official list goes on to include 8 other activities, because, well, following the rules, even if its the writer himself who sets the rules, is just so unFrench!

The list inspires me… I start checking off what I’ve done; 66 activities, which include getting refused from the über chic night club Castel, missing my stop at Michel-Ange Molitor and having to do a major detour, finishing a book while sitting in the chairs in the Luxembourg gardens, and of course, running in the Tuilleries Gardens as dawn.

There are 9 that I’d never dream of, like paying 80€ for a roast chicken at L’Ami Louis or sharing a large steak for two at La Tour de Montlhéry, Chez Denise at six o’clock in the morning! I have, as the French say, passé l’age for that one. 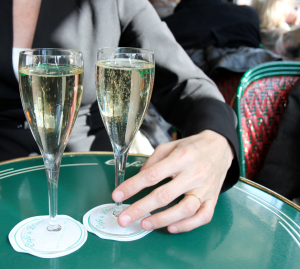 Which means there are 25 things in Paris I’m now tempted to do. Mr French and I have not tried 3 of the 7 romantic things to do, which gives me some great ideas for how to greet him when he gets back from China next week! Its too late for him to order a cocktail the color of my eyes at the Ritz Hemingway bar before it closes, which leaves carving our names somewhere in Paris (they specify the catacombs) and getting a room for an hour, or three, at a love hotel.

I was surprised to see a visit to Deyrolle, the taxidermist, was not on the list, nor was anything even remotely related to fashion. I’d also have added a merry-go-round ride at the foot of the Eiffel Tower, demonstrating in a manif’, ice skating at the Hotel de Ville, the Champs Elysées Christmas market, and cycling the Canal Saint Martin on a Sunday. And a café at Flore? My n’est plus ultra at Flore is a flute of champagne with their cracked pepper kettle chips. Les Berges de la Seine didn’t exist when the list was compiled, so I’ve let that one slide.
Now I’m anxious to attack the 22 must do’s I haven’t done….a serious film festival, a pétanque game on the Canal Saint Martin, and making my hair stand on end at the Palais de la Découverte. So, next week I’m off to try and accomplish as many must do’s as possible in one day… wish me merde* !

Click here for… THE LIST Its in French, but its pretty easy to decypher. I’d love to hear what you’d add, what you’ve done and what you’d have left off!!!