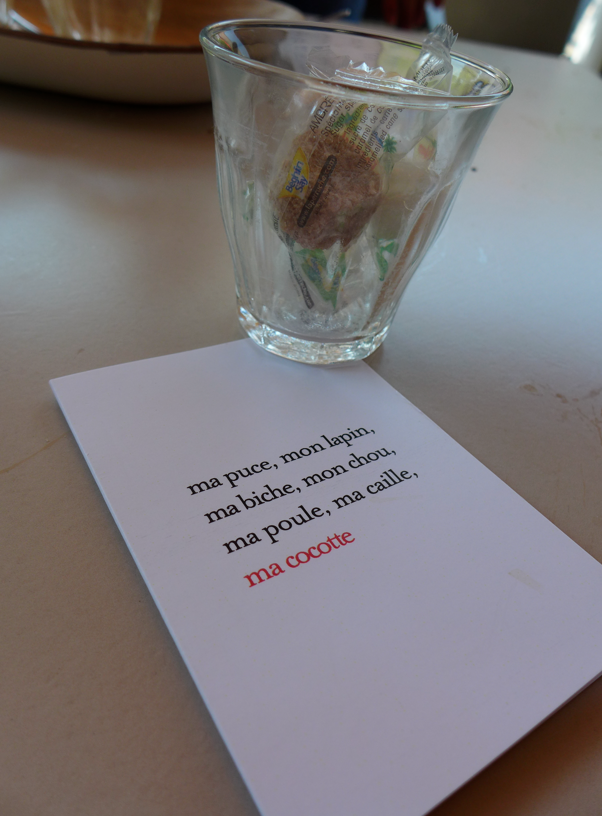 I can’t speak for every French man, I’ve only dated a few, but living with my French man has been somewhat, dare I say très, romantique….. Not that he should get all the credit for it. I mean, how hard can it be to make a girl’s heart swoon when the stage set is on a café terasse, a flûte of champagne on the table, cobbled stones lay below and a church is lit in the background? And if he’s really luck a jazz band will set up, providing the perfect sound track, leaving very little work for him to do in the wooing department. Occasionally he goes a little bit further, offering me romantic cards calling me his dear, his bunny, his cabbage and his flea. Or coming home with a blue heart shape album of Elvis Presley songs that you can listen to on my Facebook page. 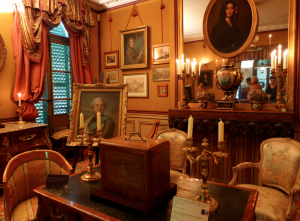 It’s a lovely rêverie, but the Musée de la Vie Romantique isn’t about that kind of romantic, its about the Romanticism cultural movement of the 19th century. It is the movement that brought us artistic geniuses like Beethoven, Liszt, Turner and Constable. In France, Géricault, Delacroix, Chopin, de Musset and George Sand were all part of this era, and the museum is dedicated to them. Particularly to Madame George Sand who wrote over thirty novels and whose collection of art and artifacts fills two rooms. 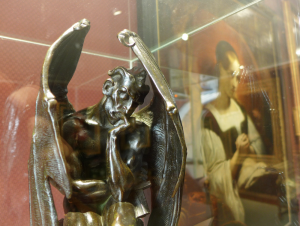 As an idea, Romanticism was a revolt against Industiralization and confining social norms, in practice it inspired everything from politics to the arts to the sciences. As far as home decor was concerned, this was a very dark period, with rich, deep colors in a conflicting patterns filling rooms to suffocation. And they had odd habits, like making jewelery out of human hair. It is all very normal with a slight tinge of the horrific. It is not surprising that this period inspired works like Dracula and Dr Jekyll and Mr Hyde. 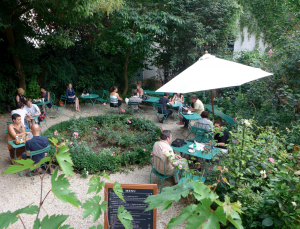 Outside the museum guests can enjoy tea or a light snack under white parasols in the rose encircled gardens, reminding one of the more contemporary definition of Romantic….

ps, Impromptu is a great movie about George Sand and her torrid relationship with Chopin.