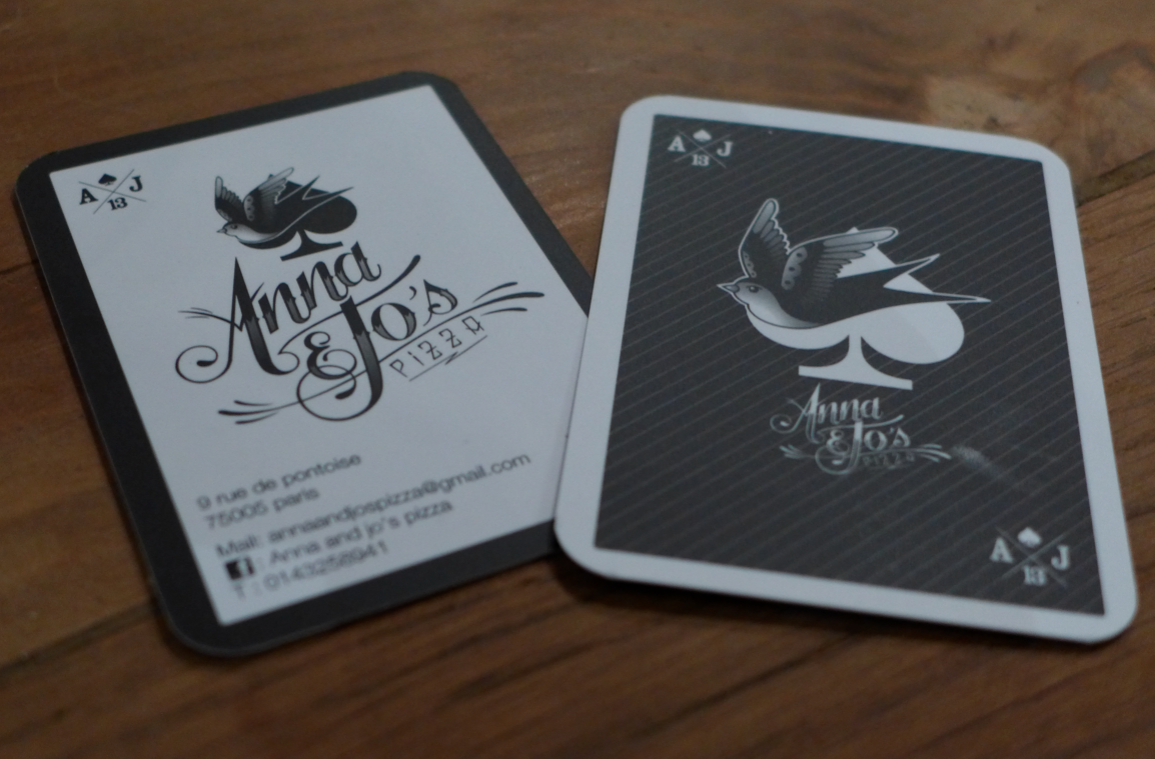 Life never happens how you plan it. This week I’d planned a romantic dinner at Les Etangs de Corot, a quaint little hotel in the countryside physically not far from Versailles, but mentally worlds away. I have never been before, but Mr French goes regularly for business dinners and I recommend it anytime a friend is looking for an afternoon get away. Especially for their Sunday Jazz brunches. 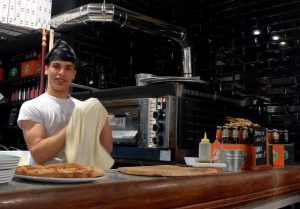 Then on Tuesday I learned that a very famous expat blogger reviewed the place just last week. It had been on my radar for years and he pulls it out of his hat only now? That same evening we went to a family birthday dinner that was so fun we didn’t leave until after midnight. The next night Mr French walked through the door at 1am, following a business dinner. I’d lost the scoop, my man was exhausted and Em was coming home the next day. It was time to cancel a reservation.

But I hadn’t exactly filled the house with ingredients, so I needed a quick, easy solution. Hello Anna & Jo!!!! A Brooklyn style pizzeria on the rue Pontoise in the 5th. 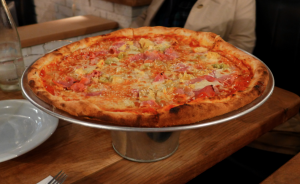 I didn’t come to Paris because I want to share American cuisine with the world. The food writers who come here and then start promoting food trucks, cupcakes and hot dog stands annoy me. I love good, honest French food. But you know what? Every now and again a girl needs a break from this city and since I wasn’t escaping to the countryside for the evening, I loved feeling like we’d gone to NY. Mr French loved it even more, thrilled with the cold, white subway tiles that line the walls and the East India Pale Ale directly from Brooklyn. 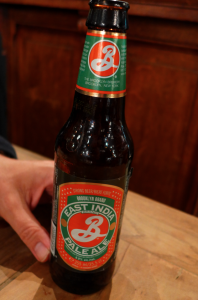 The owner is French, but loved the pizza he’d enjoyed while traveling in the US so much that he went to San Francisco for 6 months to learn the secrets of the trade and import them home. He also imported some real, American style pepperoni. The crusts are thin and crispy. The cheese is the real deal and incredibly tasty and, well, PEPPERONI. In Paris.

It has only been open a few weeks, and already the neighbors, like the owner of Le Petit Pontoise next door, can’t seem to get enough, so while the food tastes like the USA, the buzz sounds purely local. And the place was buzzing, absolutely packed with a line outside. Who said the French hate Americans?

One thought on “Friday Date Night”