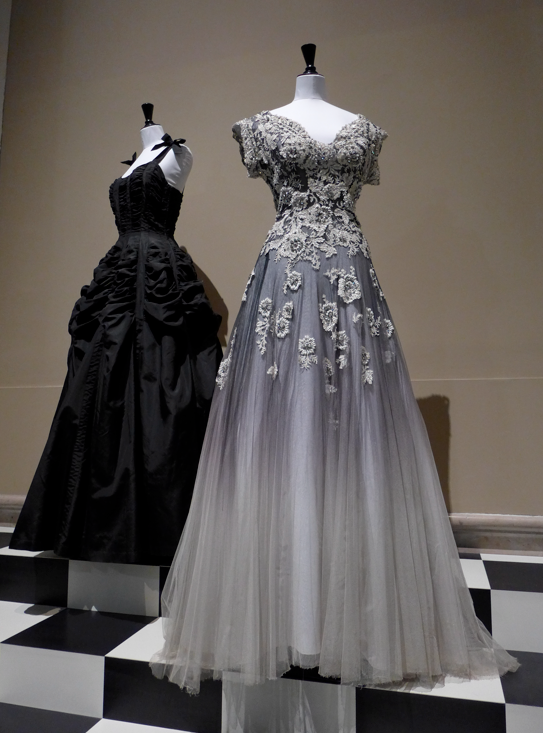 A blogger I admire very much, Denise, writes about her life in Bolton, which includes frequent visits to Paris. She’ll write about cycling with our mutual friend Jane, going off to the races with her beloved husband Michael, or savouring peaceful moments on her own.

A year ago today Denise wrote about an exhibit at the Centre Pompidou honoring the artist Gerhard Richter. She tells the story of seeing one of his paintings and having it touch her very soul. I was so jealous when I read that. I love art, frequent museums and exhibitions regularly enough to be considered a junkie, and yet I had never felt moved to tears over art. 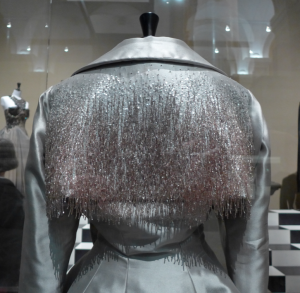 Until last week. And many would even consider it art. I was at the Haute Couture exhibition at the Hôtel de Ville, a free exhibit featuring one of Paris’ most important industries. The show began upstairs with pattern samples and sketch books. There was a series of photos featuring the hands of famous designers, including Mme Coco.

It was lovely, and informative, but the real goods were downstairs where Haute Couture dresses from the studios of every major designer, from Frederick Worth, who founded Haute Coutre in the 1850’s to today’s Jean-Paul Gualtier. The masterpieces of houses that did not survive the death of their designer like Poiret, Vionnet, and Schiaparelli were all on display. Icons of modern style like Courrèges, Balanciaga, and Alaïa were there, as well. 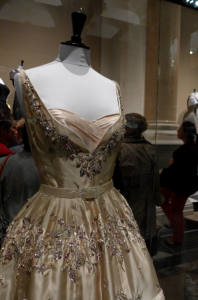 And it was all so beautiful, the sumptuous folds, stunning bead work, masterful pleats. These men and women had a away with fabric and they knew (or know) how to show off a woman’s body, curves and all, to its very best.

And there, between a Dior and a Grès, my eyes began to sting and the tears to spill at the tremendous beauty of it all.

4 thoughts on “Fashion as art”