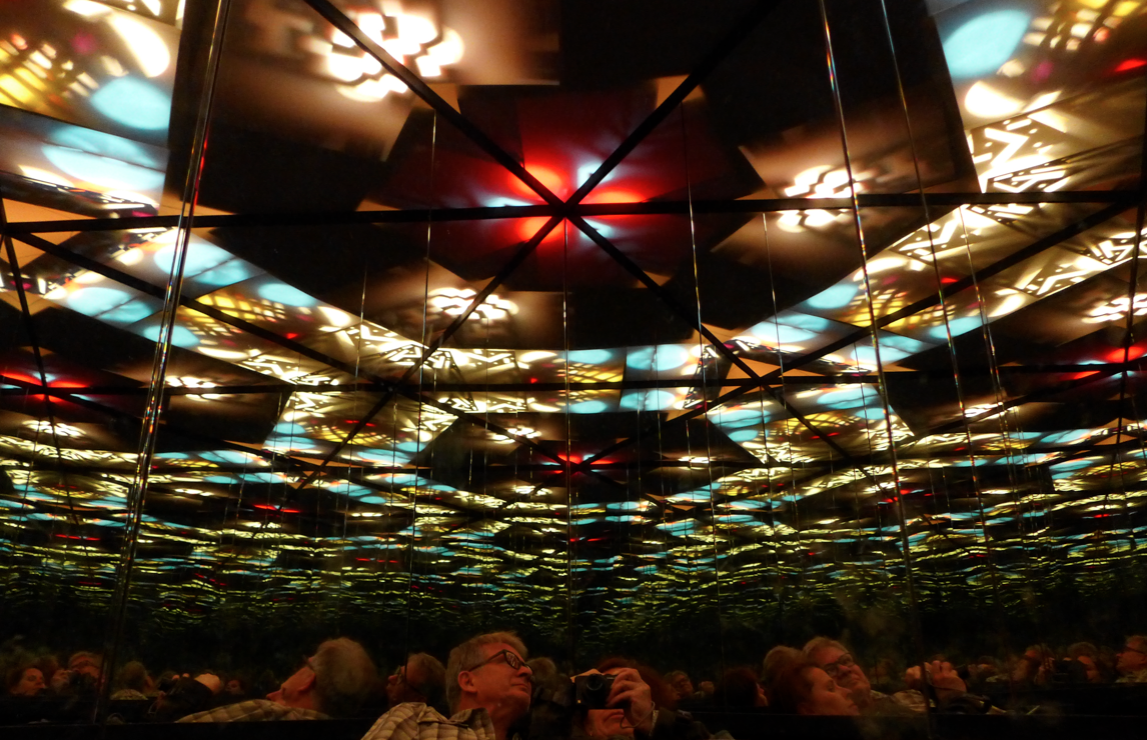 I am back here in Paris and absolutely thrilled to have E back home with me for the summer. Also thrilled to have Mr French back from a business trip in China. And lucky to have Em back at home. She had been in London for a week, interning for an international law practice on Bond Street by day and savouring the eye candy that is men’s fashion week by night. She went backstage at the Hackett show and to a private party thrown by Net-a-Porter, running into folks like Lily Allen and Samuel Jackson, who was rather surprised by their reaction which inspired him to cry, “Stop shaking, girls!” She had so much fun that I really am lucky she returned.

So what does a travel weary, jetlagged couple do for a fun day on the town? Why, we went to an art show. Quel surprise, n’est-ce pas. And this was no ordinary art show, but the Dynamo exhibition at the Grand Palais.

Exhibits at the GP (yes, I wrote that. no, its not the jetlag. I go there so often we’re on a nickname basis these days) are so popular that I will not go  without pre-purchased tickets. So I bought them online in the morning for the same afternoon. Which is a really boring detail, but could be really helpful if you’d like to go. 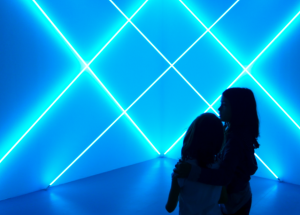 And I do recommend going to this show. Dynamo celebrates a century of light and movement in art. Wading through the waiting hoards, we passed an undulating neon white display and were immediately in an alcove with works by one of my favorite contemporary artists, Anish Kapoor. Take your time and walk through the alcove. The play on light and perception is destablizing while the play on sound inspires a child-like wonder. 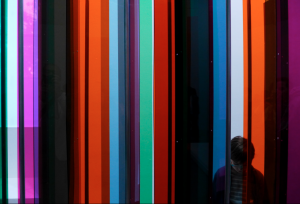 Speaking of kids, there was a merry-go-round of mirrored slats that they couldn’t get enough of and an artsy fun house, as well as a large square of hanging blue rubber strands many of them mistook for a playground. It has been raining in Paris for months now and the local kids seemed to be suffering from a severe case of cabin fever. They were out of control. 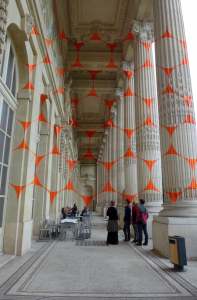 There were some works by the neon specialist Carlos Cruz-Diez, including the room I had first seen at the Neon exhibit at the Maison Rouge. Agam, an Israeli who creates kinetic works, an Alexander Calder mobile and the most remarkable optical illusion of orange stickers in the mosaic tiled balcony. By the time we left, I didn’t know if my head was spinning from all the fantastic art we had seen, or if the jetlag was having its way with me…