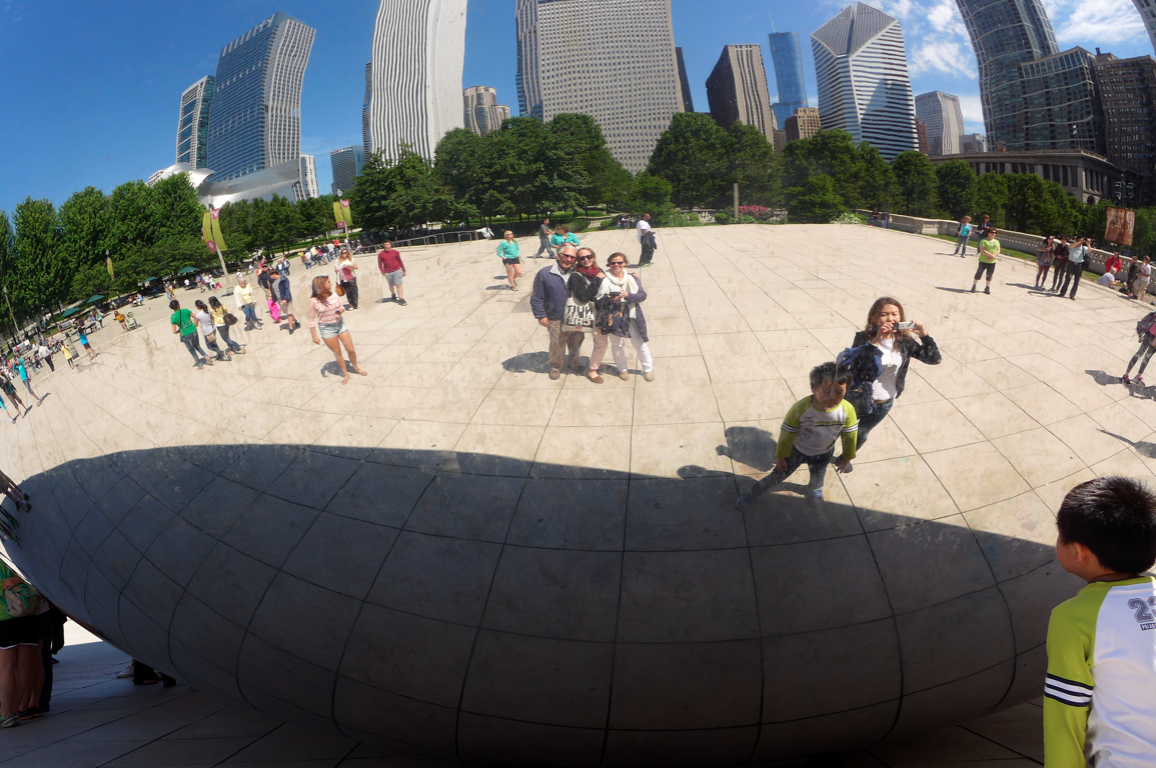 Here are some of my Chicago notes for my Moleskin…. because this was about moving a college student, our trip included a lot of practical stuff that you will want to skip… stuff like renting a car and driving out to Bolling-something-or-other to purchase a bed at the local IKEA. Or spending a day at the nearest Target. Not the downtown Target with gorgeously ornate, iron-work doors that are probably on all the architectural tours the city is famous for, but the one nearest the University of Chicago, in the southern part of the city where people get shot. And killed. I’d say skip that part.

If you do rent a car, which is not a horrible idea for a day or two, because there is a lot to see beyond downtown, and if you decide to visit, say, a certain university campus in South Chicago, take Lakefront Boulevard. I know that it is marked as a highway, and that may be intimidating, especially to someone with jetlag, who has not driven for months and who thinks taking Martin Luther King Drive to the campus looks much less daunting. This is a BAD idea. Things may go your way. You may not notice that your shiny bright rental car sticks out like a diamond in a coal mine, but after 5 days of taking this alternative route, I read in the papers that someone was car jacked, shot and killed. Again, I’d skip that part.

Now for the good stuff. The University Campus. It is gorgeous, has a cathedral (that is not really a cathedral, but looks like one), two museums, the most gorgeous modern library I have ever seen, a house you can visit that was built by Frank Lloyd Wright and a print-perfumed, labyrinthine independent book store I would have liked to pack into my suitcase and bring home with me. And if you get hungry, some of the best bbq in the Midwest can be found at Ribs ‘n’ Bibs on Dorchester and 53rd. I’ve been told that this is where a certain President Obama heads when he is home for the holidays.

This visit fell on Father’s Day, so my Dad hopped on a plane and came to join us, claiming, “I haven’t spent Father’s Day with my daughter in over a decade.” Ouch! Its one of the downsides to moving abroad, geography can force you to disappoint those you love. Since he’d come so far, and this meant so much to him, we took Dad/Grandpa to that sunless, parallel Swedish universe known as IKEA for the day. Aren’t we adorable? It actually was a lovely day, because of the company, but E and I felt honor bound to make up for it the next day. Only the next day was IKEA delivery day, so poor grandpa was stuck with us, waiting in a flat that had been lived in by 5 college boys for the last three years. He was so charmed that he insisted on cleaning the bathroom (did I mention 5 boys, 3 years?).

At the grocery store that afternoon, there was a mix-up at the checkout counter and I ended up a few customers between E and my Dad. As I stood, there E waved me over, saying, “Come on, Grandpa took care of it.” The lady in line behind me, exclaimed, “Woah you’re lucky to have a Dad like that!” Lady, I thought, you’ve got no idea. Simply no idea. 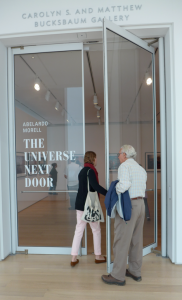 We made it up to good ol’ Dad by taking him to the Chicago Art Institute. It was fam-tabulous! We got to see American Gothic, and spent way to long taking pictures of ourselves looking like the two yankees in Grant Wood’s masterpiece. We paid homage to Vincent Van Gogh’s yellow bedroom, the third version of a painting that is also in Amsterdam and Paris. And we had a delicious lunch with a stunning view at Terzo Piano, the museum’s restaurant.

As lovely as the museum was, Dad loves somethings more than he loves art. Dad loves deli food. He probably knows every decent deli between SF and NYC, so he was chomping at the bagel to try Eleven City Diner. It was excellent, and not just because our table was overflowing with all the American food I can’t get in Paris, Grandpa was thrilled with his lox, and we were all thrilled to be together discovering the everyone’s kind of town… 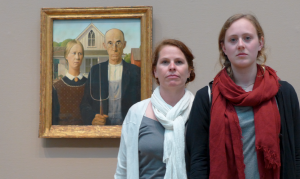 6 thoughts on “Chicago with Dad…”