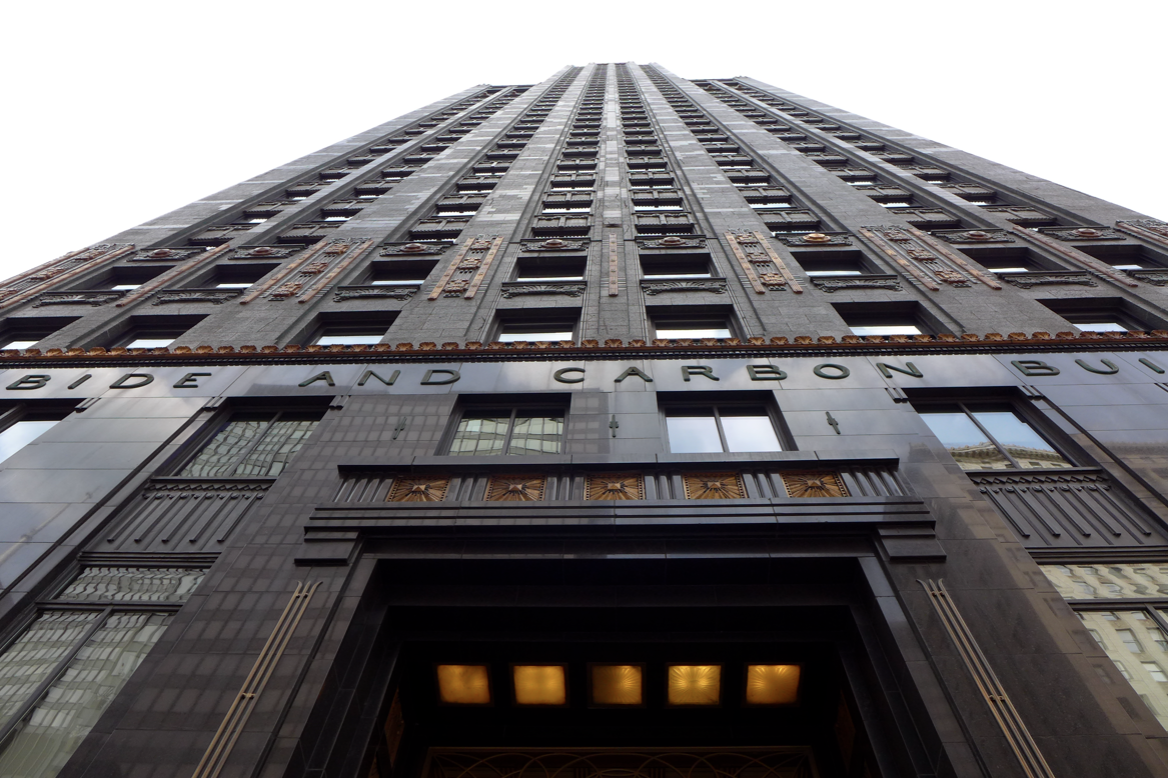 I am back from what may very well be the most under-rated city in the United States and I am already looking forward to our next trip. What makes Chicago so great? Like Paris, it is a gorgeous city. We were ooh-ing and aah-ing at the turn of nearly every corner. There is the lake, the river and the stunning architecture with streets wide enough to actually appreciate what is going on up above.

There is science, history and industry and even more profoundly, industry that has played a major role in the making of America. There are two major university attracting some of the brightest minds in the country and important monuments, like the desk where Jake and Elwood made their deposit in the Blues Brothers. There is an amazing art scene, with major works by names like Calder, Picasso and Kapoor literally crowding the sidewalks. 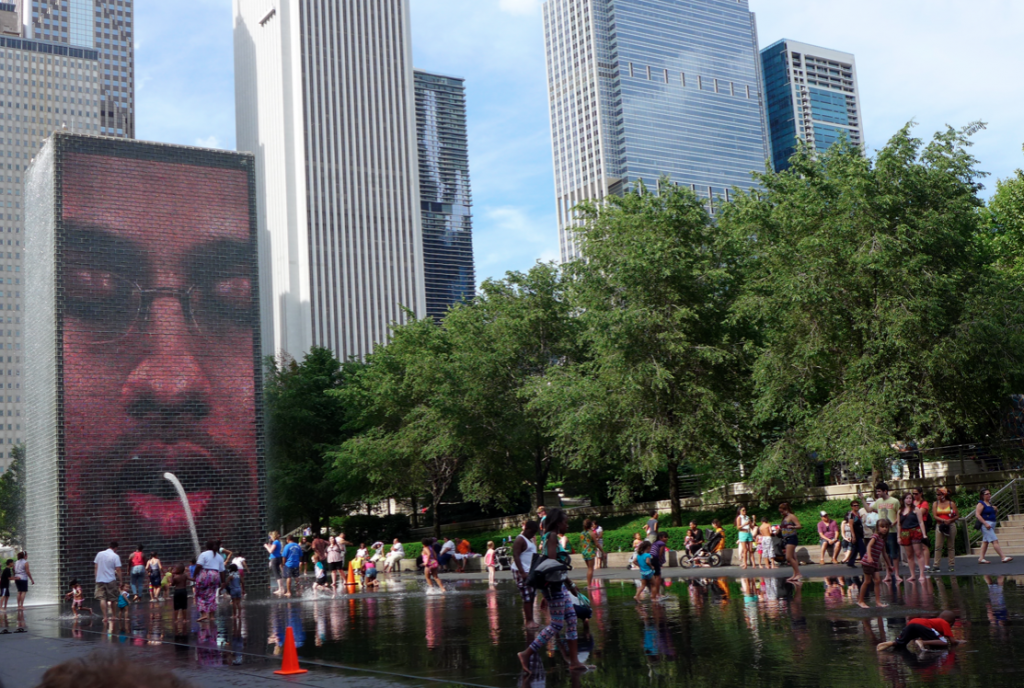 We were walking along one day and saw a colorful monumental sculpture nestled near an office building entrance. “That looks like an Agam.” my Dad pondered. And it was. Just standing there nonchalantly on the street. There there is the Crowd Fountain in Millennium park. A work of art that provides an interactive place for water play.

Millennium Park also hosts outdoor concerts and a movie night. We had the opportunity to see the film Chicago under the stars, in the city of Chicago, projected at the Pritzker Pavillion, designed by Frank Gerhy. WOW. 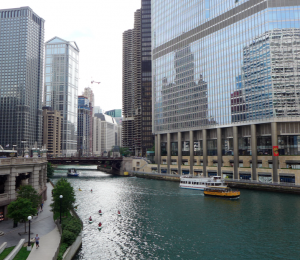 If you’re less cultural and more sporty, there is kayaking in the river (the little dots in the water in the photo to the right of this column. I swear, they’re there) and several beaches for swimming in the lake. The lake front is also a great place for your morning run. It is not just Frank Sinatra’s Kind of Town, but a city with something for everyone.