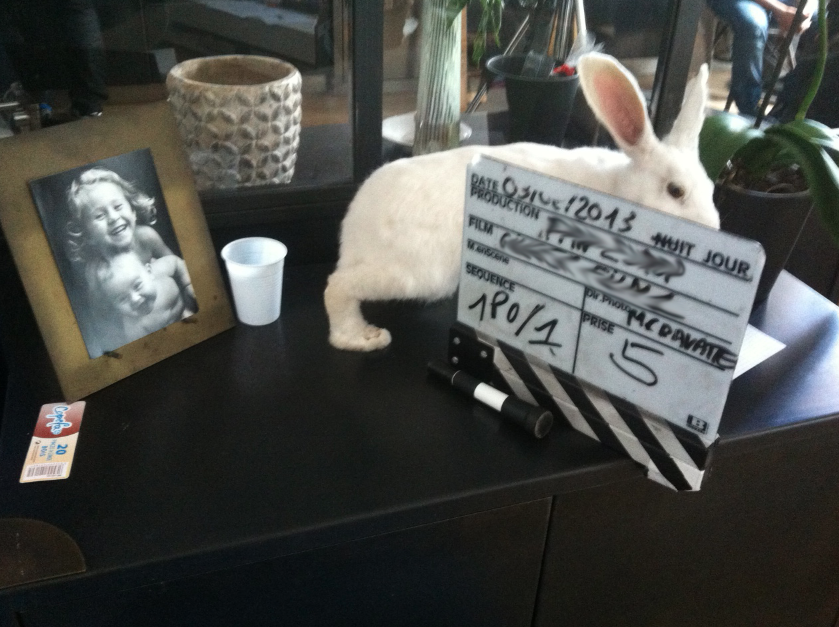 Can you keep a secret? I can’t! I’m horrible at keeping secrets, which in someways has made being a Mom who blogs torturous. Having teens who get into all kinds of adventures has made for interesting stories I can’t share under threat of disownership by one, or both of my daughters. And rightfully so.

So you can imagine how difficult it has been for me to keep my mouth shut since last November when Em got kicked in the face during dance class. She has no idea how she reacted, she barely remembers the kick, but the person who kicked her (completely on accident and with profuse apologies) remembers and was deeply impressed with Em’s witty response.

She was so impressed that she kind of started stalking my daughter, finding out who she was through the dance teacher and making a point of getting to know her during class. In January, with the dance teacher present, so it was not at all as creepy as this is starting to sound, she introduced herself. She explained that she was both an actress and a director and that she had recently written the script for a short tv series. Its about a woman, her job and her family. She was convinced Em would be perfect in the role of her eldest daughter.

Em came home from class, her feet still dancing and blurted out her news with so much enthusiasm it took four tries before I understood what she was trying to say. I mean, the idea that she’d be working on the set of a tv show was not exactly hanging around the ol’ frontal lobe. “What?” I guessed, “you’re studying TB in dance class? You’re dancing about cereal?”

A month later she was invited to a casting call, and I spent the next several days preparing her for disappointment. We had no idea how many other girls they’d be auditioning. Em always responded with an “I know” but I wasn’t entirely sure that she did. The big day came and I joined her in a small chaotic office not far from the Sorbonne. There were stacks of files everywhere, low ceilings and dim lighting. We were escorted into a small room to wait with the two other kids and their Moms. There was the boy who’d be playing the middle brother, the 7 year old with the role of little sister and my daughter, the eldest. Scripts were handed out and they started doing a read through, which is when I realized that she was in. This wasn’t a casting call, it was a rehearsal.

Filming was supposed to begin in April, then May, and while I was dying to write about it and share the adventure with you all, Em swore me to secrecy until she was actually on the set. Which was today! 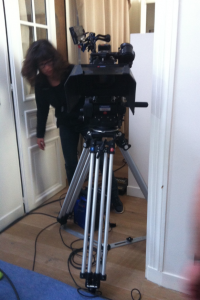 From 15h until 21h Em was in an apartment of the rue des Rennes pretending to be another woman’s daughter. Last week, they had met to decide on costumes. Em was astounded by the great details they went to, which included asking her to wear chipped black nail polish and requesting some much younger photos of each kid to decorate their “home”. Dropping her off this afternoon I got a funny feeling seeing a photo of my baby (and her sister, see above)) framed in someone else’s home, but I was thoroughly flattered by how young the Mom looked, and astounded to learn that she really was old enough to be Em’s Mom.

The set doctor (minors have to see an assigned doctor before filming) insisted I be on set, because she believes teens are fragile and she knows that show business is a nasty business, which is why I was there.

I’d love to tell you more details about the filming and the show itself, but I don’t know what is confidential and what is not and I stayed in a separate room, well out of the way to let Em do her thing, which was nearly as torturous as keeping secrets! But I can tell you its a pilot for a six minute comedy, a format that is very popular in France and I promise to share it all with you as soon as goes live!

10 thoughts on “My daughter, the Star”