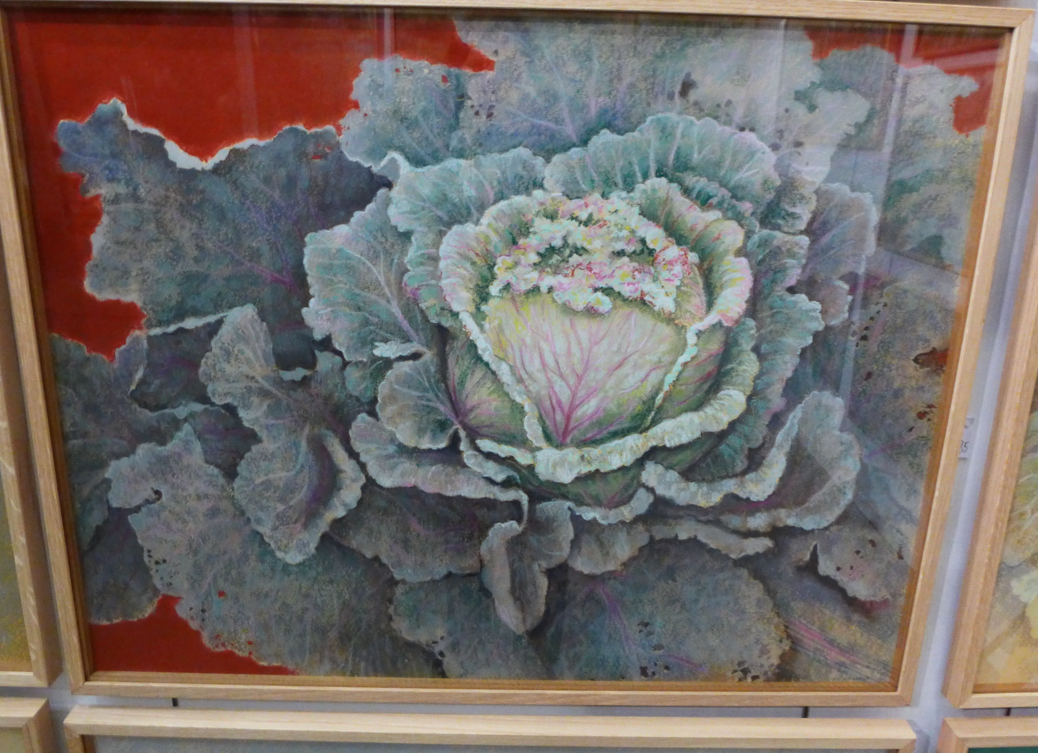 Yesterday I felt like Alice. I spent all day in a meeting at the other worldly Hotel de Rothschild in the swanky 8th arrondisement, surrounded by fashionistas from across the globe. I saw stilettos so tall, the front sole was on a 2 inch platform. I saw the classic Chanel bag in about 16 different variations, and every shade of black known to man on every chic fabric wearable, including plastic. 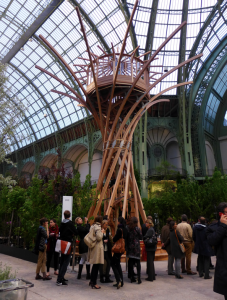 I read a text message from Mr French in my mad dash home to make dinner for Em, who was celebrating because she had her second article published in The Girls Guide to Paris. The text popped up just as was posting the above link on FB, tweeting it, and using every venue available to me to promote me kid shamelessly. It said, “cocktail tonight… gardens in the Grand Palais, we’ll leave at 8pm.”

At the appointed hour, I headed downstairs, hopped into his car and we were off through the pouring rain. It was coming down in sheets when we arrived 15 minutes later and there was a traffic snarl with cops everywhere. What to do? Use the valet parking at the Mini Palais restaurant, of course! Which meant I had to lie to the valet parker and tell him we had reservations for the evening. I am only sharing this little detail because confessing it makes me feel like maybe I won’t burn in hell for not telling the truth! 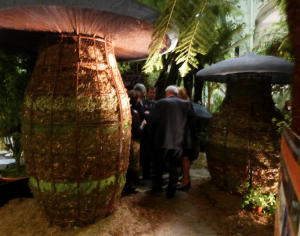 Hopping over puddles in my 3 inch high heels was something of a challenge, and Mr French had a good laugh over the meandering path I had to take. But we made it.

Shaking the rain off my shoulders I looked in wonder at the garden that had sprouted inside this glass domed monument. A bamboo forest grew in one corner, a 1000 yr old olive tree in another. There was a fantastical treehouse spiraling up from the middle of the room and a larger than life, a Barbie pink mansion to the far right. In the middle was a corral or artist decorated bicycles and a sprawling field full of picnic scenes and mini Fiat cars. There was some photography and beautiful watercolors by a man from Lyon, Vincent Jeannerot. A Monet style water lily garden, larger than life mushroom composters, plated chandeliers, Bijoux pine trees and countless other organic treasures that really did turn the place into a Wonderland! 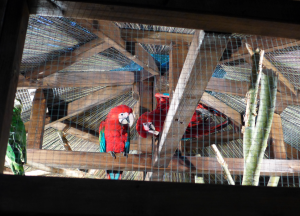 Its The Art of Gardening at the Grand Palais until June 3, with a supplementary show in the Tuileries Gardens and it was a spectacular breath of fresh air in Paris!

One thought on “Through the looking glass”