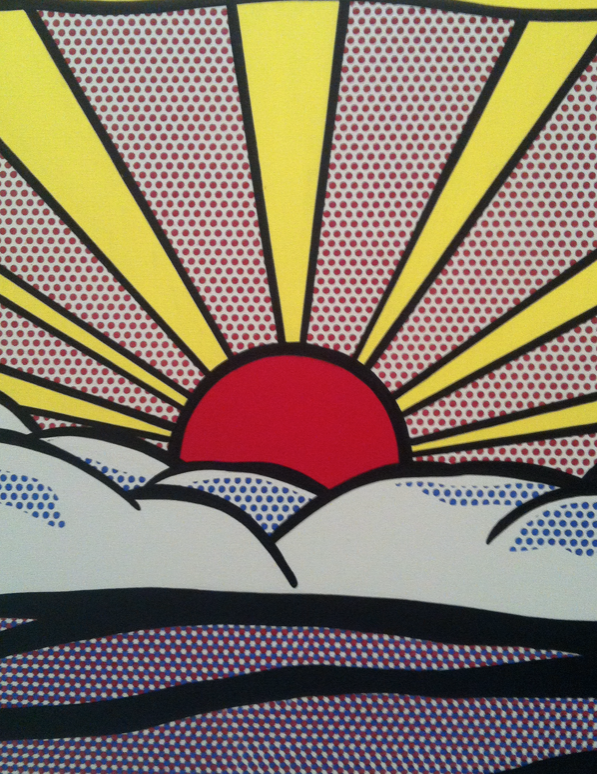 Despite a previous post, Mr French and I are not big shoppers, spending most of our free time enjoying sports and visiting galleries. This trip was no exception. After our indulgences of Saturday morning, Mr French headed to a 6 Nations rugby match and watched France try (unsuccessfully) to defend its honor against England while I headed to the Tate Modern, one of the greatest art spaces on earth.

Why so great? Because it is free and open to everyone, and everyone comes; men who look like they’ve just left a construction zone, single moms with their broods, large groups of teens hanging out in the large halls and young women dressed for night clubs are all there, surrounded by art. 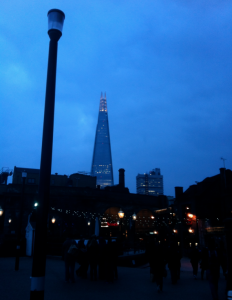 On my way to the museum, I caught my first glimpse of London’s newest skyscraper, the Shard. Then it was off to the show “A Bigger Splash” about performance art and painting. I wasn’t enthusiastic about the show, but was immediately fascinated by the video of Jackson Pollack painting a painting, with the original masterpiece displayed on the floor of the Tate, just as it was on the floor in the video. Then came a canvas of Yves Klein blue which never fails to dram in until I feel I may drown. There was an intriguing room of hanging mirrors by the Polish artist, Edward Krasinski, a blue line running across the glass, reflecting back and hypnotising visitors. There were also rooms that only enforced my prejudice against pe 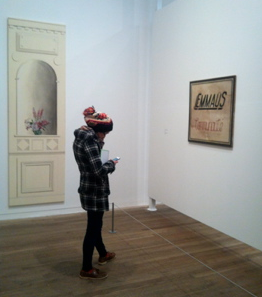 rformance art, and then show ends with a room of trompe l’oeil stage sets by artist Lucy McKenzie, who then photographs herself in situ. I felt I was collaborating with the artists as I composed shots of visitors in situ in the sets, as well. 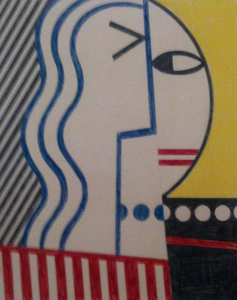 I was really at the Tate for the Lichtenstein show, just a few floors up. Organised in collaboration with the Chicago Art Institute, this in-depth retrospective show Lichtenstein’s art in a new light, focusing well beyond his iconic paintings of distraught women in comic book scenarios. We see how he developed his voice, inspired by the Disney books he read his children, and evolved from there, through his work as pop artist and eventually creating lesser known landscapes and abstract work, always using his signature dots and big graphic strokes.

The next morning we were both thrilled to head to the National Portrait Gallery to see the photography of Man Ray. Before heading into the exhibit, we stopped by the controversial portrait of Kate Middleton by 65 year old realist painter Paul Emsley. Critics say the painting makes her look old and haggard and a quick peek online confirms what you read. But the artist himself was completely shocked by the negative reviews, responding that perhaps his painting just isn’t photographing well, and he suggests you visit it in the U.K.’s National Portrait Gallery before knocking his work. He has a point, and I recommend you do the same, because in person its ethereally beautiful and undeniably real. 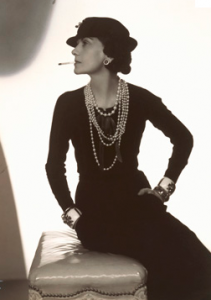 While probably everyone knows that Man Ray was part of the Dada and surrealist art movements, very few realise that he was an American and a frustrated artist who took portraits for magazines and publications to support himself. He did not want to be a photographer, it was simply what he did best. Becoming friends with Marcel Duchamp in New York, he had the perfect introduction to the Paris art world when he arrived in 1921, with access to the lives of Picasso, Gertrude Stein, Dali and his muse, Kiki de Montparnasse. Always curious, he experimented with different techniques, inventing the solarization process with his model, muse and lover Lee Miller. The photos would be impressive enough if each one did not have an intrigue tale and a bit of history attached, but they do, and I spent hours studying each piece, reveling in each story. An art and a history lesson all in one.