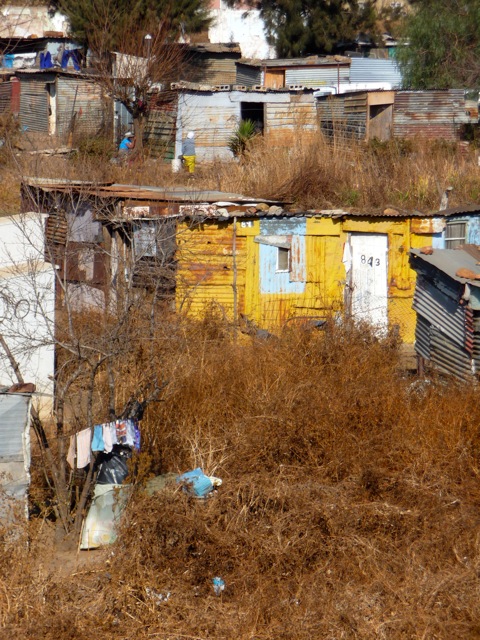 After ten hours divided between blissful sleep and scratching my (once sunburned, now peeling) back against the plane seat like a desperate bear, we are in Africa. Jo-berg, as it is called by those in the now. A sprawling metropolis founded after a gold strike at the turn of the last century, the skyscraper spiked downtown is something of a ghost town these days, as companies have all virtually moved out for ‘security’ reasons, leaving. behind a desolate no man’s land that few dare to visit. 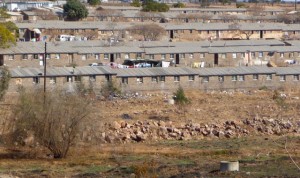 We asked about visiting Soweto, the township that played a key role in bringing an end to Apartheid. Like Jo-berg, there are security issues, so we were told we’d need a guide. We ended up with Les from SA Travels, a black South African who had grown up in the neighborhoods we’d be visiting. He gave us a fantastic history lesson of the place and its nearly 4 million residents. We saw middle class neighbors with charming, but heavily protected homes; bars on all the windows and high adobe fences. Below sprawl orderly cinder block housing and chaotic shanty towns where people are living as they have since first being forced into the townships, without electricity or running water, laundry driving on the line, addresses marked in spray paint, port-a-potties gathered in the quartier‘s square. 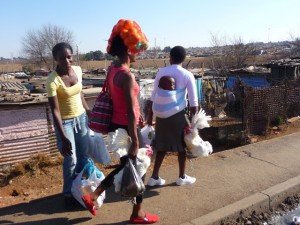 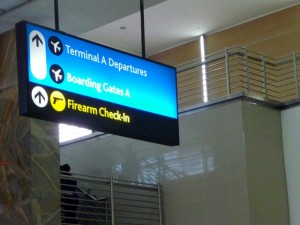 S Africa has a thing for guns...

There were carefree kids in their school uniforms playing in pristine new playgrounds while young girls walked pass, sacks of produce on their heads, chickens in hand. Adults busy on the roadside recovering discarded garbage, while doctors and nurses flowed in and out of Africa’s largest hospital. The facility specializes in plastic surgery thanks to scars left by gun shot wounds and wild animal attacks. 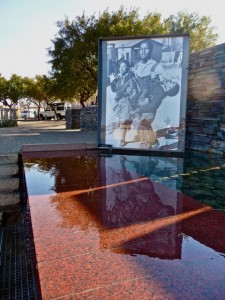 We explored the very educational Hector Peiterson Memorial, to learn the story of the 13 year old boy killed by South African police during a student protest. The photo of his body being carried by a fellow student is the image that finally got the world to act against a racist government. As we visited, our guide pointed out Hector’s sister from among the crowd. She was also in that historic photo and happened to be visiting that day. Proof that life goes on and grows, even from great tragedy. Thinking of young boys living here reminded me of Tsotsi, an excellent, but painful book that gives a good idea of what life was like for many in this part of the world.

After the memorial we visited the very simple, tiny little brick home that Nelson Mandela had shared with his wife Winnie, she still lives in a modest house just a block away, as does Desmond Tutu. Which is when we realized that two men once lived on the same, inconsequential street in a small, impoverished corner of the world and both rose to become Nobel Peace Prize winners, inspiring the world and bringing incredible good to all.