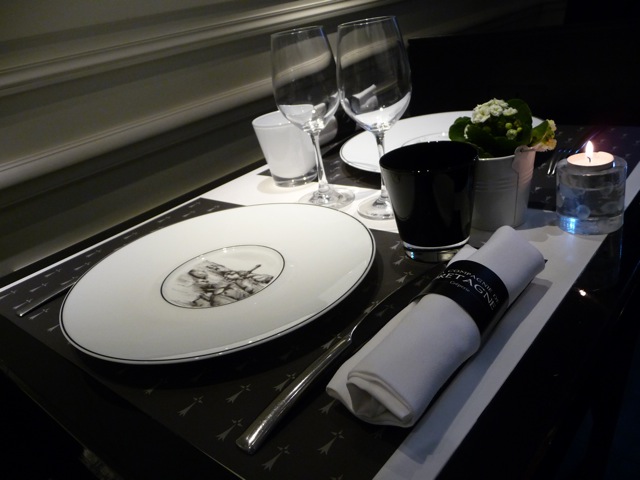 Mr French and I head to the beach every summer. I find it rather odd and sometimes constraining to return to the same spot year after year, but this seems to be a French tradition, and to be honest, after a very difficult year, I am quite relieved to be heading to a place where I don’t have to think. No planning, no guide books, no angst over where to dine, or hoping to see it all. Been there, done that, if not this year, we’ll be back. We both feel like we’re headed into a safe harbour after a year spent in stormy seas. But we’re not there, yet, we’re still in Paris, slightly on edge as we wait for Mr French’s passport. 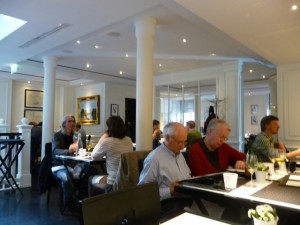 Last night we needed to feel like we were away already, somewhere near the sea, so we headed to La Compagnie de Bretagne, a new-ish crêperie overseen my the Michelin starred chef Olivier Roellinger. At first, I was not a big fan of these new wave, gourmet crêpes, being the traditional girl that I am. But at some point I had to have to get over myself and admit that there are enough meals in a lifetime to enjoy the most excellent, traditional crêpes from my beloved Ty Breizh AND for the scrumptus new fangled ones from LCDB.

I love the ambiance here, especially the sunbeams pouring down from the skylight and the zen of an entirely black and white decor. It feels intimidatingly luxurious, but the prices are reassuringly welcoming.

Tonight I had a galette with grilled sardines and preserved lemons on a bed of steamed spinach. Absolute perfect for my palette and my waistline. My French had some squid with a divine safran cream sauce. Miam! For dessert there was an apricot clafoutis crêpe and the much more traditional caramel au beurre salé, both worth their weight in calories. And the cidres selection is rather impressive, with a serious cellar featuring artisanal bottles for every palette. 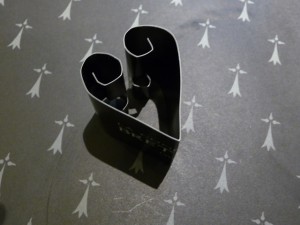 Usually you can go into the basement and visit M Roellinger’s cellars in their elegant, glass enclosed clay vaults. there restrooms are down there and they have an area for private events, but all that was inaccessible they day we showed up… there had been an incident involving fire and the basement was closed for the evening. Its seemed we weren’t the only ones needing a holiday!

We sailed home and crawled into bed, feeling like we were already by the sea.

One thought on “Setting sail”