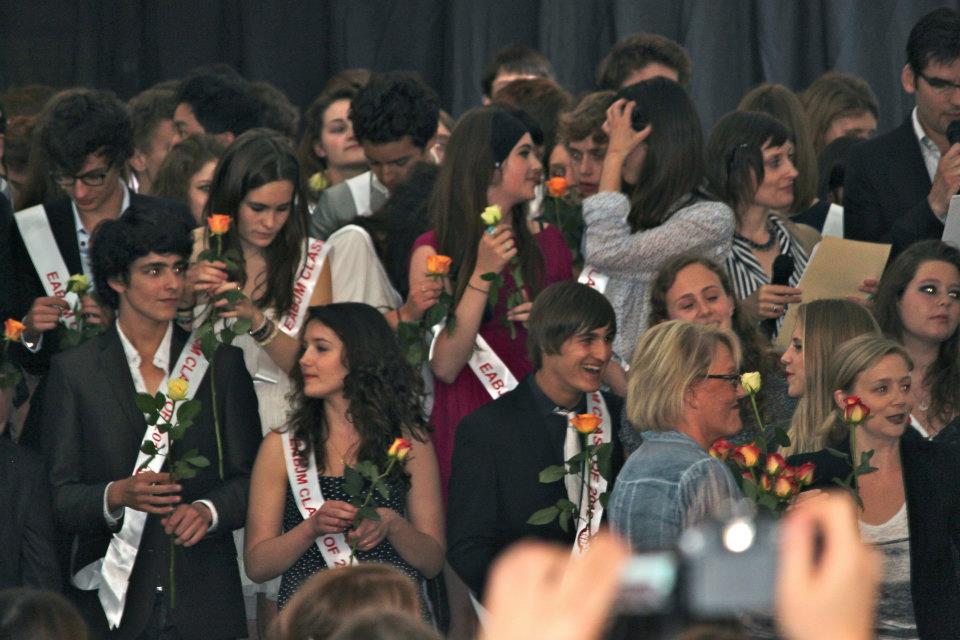 After an entire week of written exams and two weeks with oral exams, it is official (almost). E’s high school career is over and she can now play for 8 weeks before heading off to dazzle the University of Chicago.

Almost. I say almost, because we only get the results July 6, and it is not enough to have taken the exams, she must also pass them. Which is why, there are no high school graduations in France. This is fine with me, but many, many expat families demand that final ceremony, and when your kids go to a large, International school, there are bound to be enough Anglo-saxon parents to get things organized. 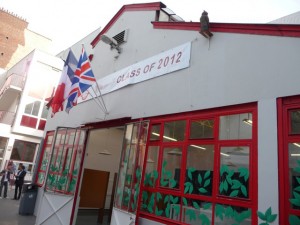 Which is exactly what happens at the girls’ school every year. First, the parent’s association sponsors a prom in the spring. Kids are given about three weeks notice, the girls throw on what ever they happen to have in their closet and the boys may wear a jacket, but certainly not a tux. I have never seen a corsage in France. Nobody comes to the house, picking up your gorgeous, princess disguised daughter giving you the photo op of a life time. Mine was so relieved. 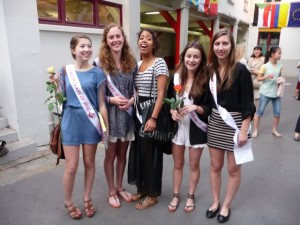 Things are equally relaxed for the not-quite graduation. Grandparents are not invited and even siblings are told to stay away. I went to E’s graduation alone. There was a tent, in case of rain, and the speeches were in two different languages, directed at an audience representing over 53 countries. Caps and gowns are hard to come by this side of the Atlantic, so the kids are given 2012 sashes. And there are no diplomas, because no one has graduated; they each get a rose. Even the boys. And because this is Paris, we end the evening with a silly line dance followed by a champagne toast. The legal drinking age is 18 and none of the kids have a driver’s license, so everyone is relaxed enjoying the final moments before our kids buckle down and start writing their Bac.

(note; The graduation was weeks ago. I’ve posted this after the Bac. My mother was Italian, my Dad is Jewish, I’m superstitious)