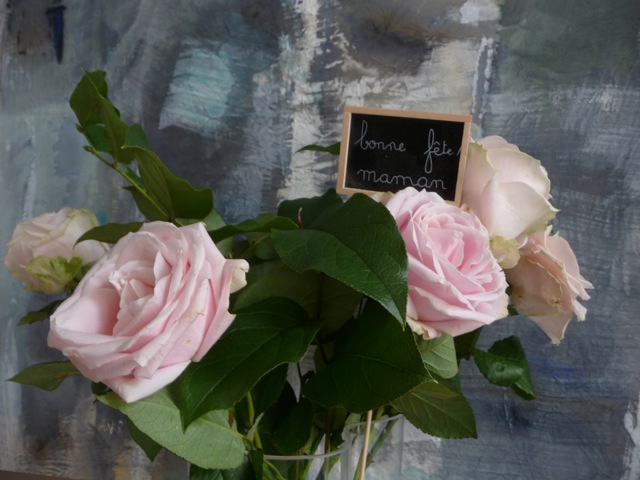 Yesterday was Mother’s Day in France. In the US it is known as a Hallmark holiday, pushed into popularity by marketing campaigns hoping to sell more cards and silly gifts. But, it turns out that Europeans have been honoring mothers since the citizens of ancient Greece would get together, celebrating Rhea, Zeus’ mom.

In the 15th century the British named it Mothering Sunday, tying it into the Lent calendar, but it was only in 1908 that the US established the holiday and it started being adopted across the globe in its modern format.In France, it is the last Sunday in May, UNLESS the last Sunday happens to be Pentacost, in which case the Minister of Health, who is responsible for this holiday, moves it to the first Sunday in June (laïc government?). 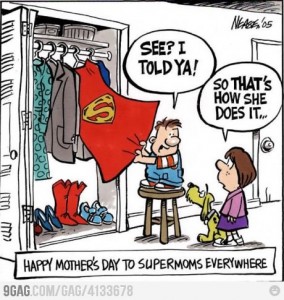 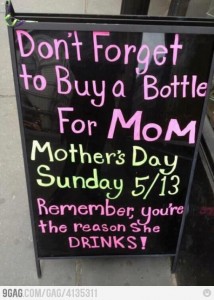 I try not to buy into all those Hallmark holidays. Mr French and I don’t even have an anniversary and my children are the ones who remind me that my birthday is coming. On the other hand, it is great to be spoiled for a day. And this year I got TWO Mother’s Days, so I was really spoiled rotten.

The first was in NYC last month when my daughters sent me their wishes and some funny emails. After living in France for most of my motherhood I was surprised by what a public holiday it is in the US. Total strangers were wishing me a HMD. The grandmother in the hotel elevator, the busboy at our local café. I felt like a character in a Dr Seuss book, “No, I am not your mother.” I know that the sentiment is kind, but I can’t help sympathizing for all those women who never wanted to be moms, or those who desperately want to be moms, but can’t. 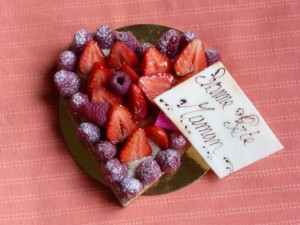 My second Mother’s Day was back home in Paris. Mr French spent the weekend spoiling his own mother, so I had my girls to myself. E joined me for a standard café breakfast, which I hadn’t done in ages, and which I loved. Then M came home 20 minutes late. She was late because she’d been standing in line for 1/2 an hour waiting for a gorgeous strawberry/raspberry tart for her maman. She walked in the door with the cake and a sumptuous bouquet of pink roses.

At lunch M and I had some of my favorite Vietnamese food from Mai Do, just downstairs and we ran into her BFF celebrating with her Mom, so it was a party. Finally, the girls gut me a funny, comic book style card all the way from London, then they took me out to one of the very few Chinese restaurants I can eat at in the city. Most places use so much MSG that I end up with an incapacitating migraine for the next 36 hours, so Chinese has become a treat that I rarely indulge in. 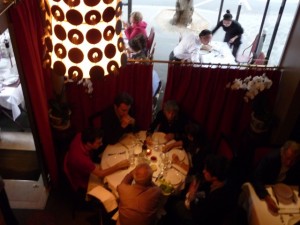 One of the ticks I have adopted as a Mom is that I simply LOVE when someone else picks what we’ll be eating for a meal. It is such a relief! If somebody doesn’t like it, I am not responsible. As a result, I particularly loved that they chose and organized Sunday night dinner. Coming home to a clean kitchen wasn’t half bad, either!