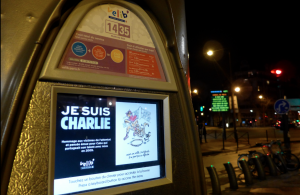 All of France is asking itself a question today. What happens after Charlie?

Before Charlie there was Ahmed. Ahmed Marabet, a handsome Frenchman in his 40s: a policeman who had been passing nearby on bicycle when he saw the terrorists. Ahmed Marabet just happened to be Muslim and he was slaughtered along with everyone else last Wednesday. 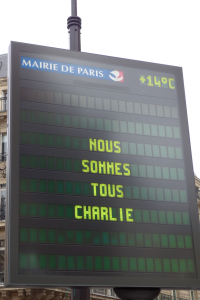 After the massacre, the world cried Je Suis Charlie, in honor of all the victims of the attack. Almost instantly, Muslims started posting Je Suis Ahmed. This was not in denial of the loss to our nation nor was it meant to belittle the attack on French liberty. This was a cry, “I am Muslim. I am not an Extremist terrorist, I am a French(wo)man ready to die for my country.” It was a reminder that we can not confuse Muslims with Extremists who represent a miniscule percentage of those following Islam today.

This weekend Monsieur Marabet’s family held a press conference to deliver the message themselves. They are French. They are also Muslim. Like all French citizens, they believe in Liberté, Fraternité, Egalité. The terrorists, they made clear, were insane and in no way represent Islam or their beliefs. 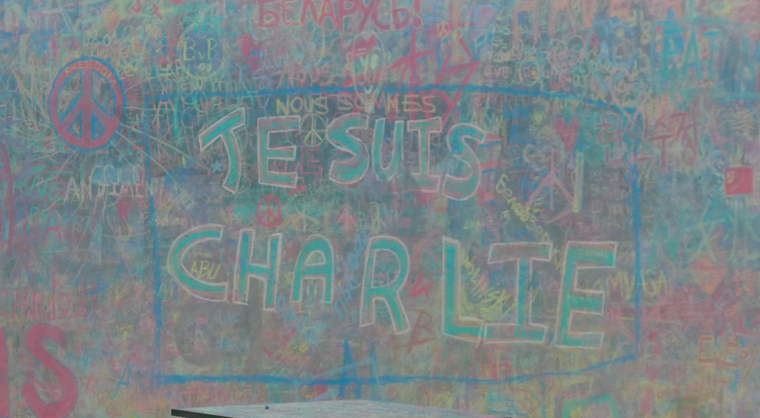 Mustapha Ourra, another Muslim, was one of the employees at Charlie Hebdo killed during the massacre and there are no reports on how many of the 10s of 1000s of law enforcement officers who brought an end to our three day nightmare were also Muslim.

The family of the terrorist who attacked Hyper Casher also came out publicly. They apologized profusely. The had been estranged for years because this coward had gotten lost in Extremist hatred. They had not raised him into this insanity and his dogma in no way reflects their beliefs.

One of the heros of the Hyper Casher attacks is a Muslim employee who was able to hide six people, including a 1 month old baby in the freezer. He cut off the lights and the cooling system, ensuring their safety before risking his own life to run to the police. He was a moving target to both the terrorist and the police who suspected him of being the terrorist. Eventually, he was able to advise them on where the hostages were and the store’s layout. 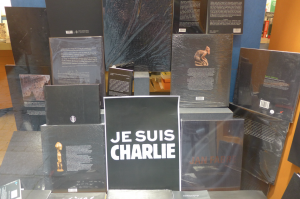 Since the murders, several mosques in France have been attacked. This is counterproductive in a country that needs to unify. And it is a tragic example to the rest of the world. Muslims are not the problem. Extremists are the problem and this is true across the globe.

Thankfully, experts are coming on local news shows to defend the Muslim community. We are reminded that the biggest victims of these Extremists are, by far, other Muslims. In France, most Extremist hatred is being taught to disenfranchised men in the prison system. It is being taught by criminals who never studied Islam. They just take what they find online and use the most destructive bits to rally a crowd of violent people, giving them a target for their anger.

Prominent, educated Muslim leaders, like the Imam of Drancy, Hassen Chalghoumi, have been working with the French government to find a solution for years. 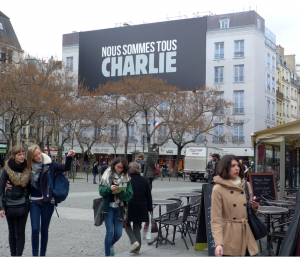 His projects unite Muslim, Catholic and Jewish leaders across France and have even included a visit to Israel.

As an individual, who is neither a political nor a religious leader, I can not make a significant difference in this convoluted mess. But I am a writer, dedicated to the power of words.

Those animals? Those terrorist who dressed their hatred in the words of the Quran? They were not Muslims. They were Extremists. I am now committed to making this vital distinction every time I speak, write or think about the Islamic faith. Muslims are not Extremists. Extremists are not Muslim. Je Suis Ahmed.

5 thoughts on “After Charlie”