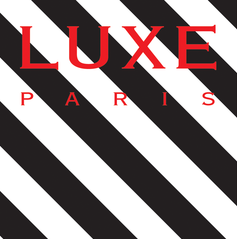 When I was not writing about Monaco these past few weeks, I was putting together the 7th edition of LUXE Paris. My world has become limited to words. By the time my family comes home at the end of the day, I have a hard time putting two of them together to start a sentence. It has become something of an obsession lately. And not just for me, but the whole country was talking about some choice words last week. The words : Madame le président.

Those were the words used by an Assemblyman when addressing the president of a meeting in the French congress last week and the masculinization of her title was so shocking it resulted in a formal reprimand. A rather serious one that included the loss of 1/4 month’s pay. There were regular blurbs reminding us about the slur on every channel. When I asked Em what the fuss was about, she asked what fuss I was referring to. Mr French had heard the reports, but even he had no idea why it had caused such a scandal. In fact, a lot of native French speakers were at a loss to understand what was so insulting about the term.

It is no exaggeration that French is a tough language to master. Beyond the titles, some nouns mean different things depending on the gender. Un oeuvre is a porfolio of somebody’s work, while une oeuvre is a piece of work, like a painting or sculpture (or do I have that backwards? You see how hard it is?) A memory becomes a memoire.

I was actually quite relieved to learn that I am not the only one who struggles with these little details that seem to make big difference. Not only do I feel like incompetent, but it forced Le Figaro newspaper to print an article in French explaining to the French why Madame le présidente is such a slur. Assemblywomen, it would seem, would like their jobs feminized. Just to make things less clear, female government Ministers do not request the same priveledge, so Ségolene Royal is indeed, Madame le Ministre. This is the formula preferred by the Academie Françaises, the official body whose soul existence is to monitor the French language. Quebec, Belgium and Switzerland beg to differ, asserting that by feminizing career titles we are contributing to equality.

And now Sweden has gotten involved introducing the word hen to replace him or her, in the hopes gender differences disappear for good. An idea that would cause a revolution in France!