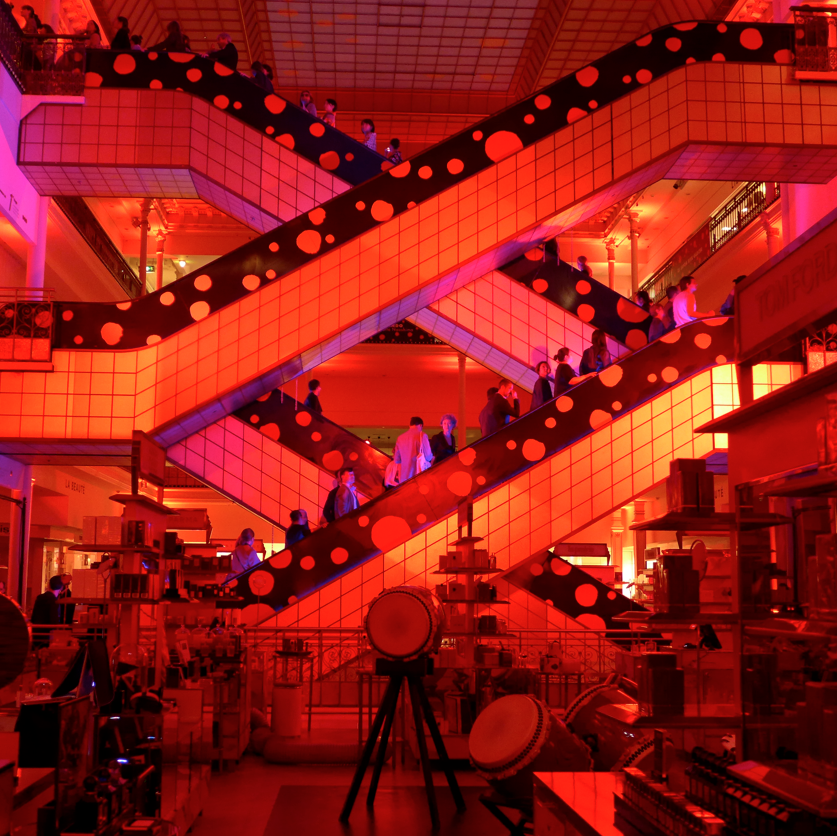 The entire city is feeling something like Dorothy moments before her house lands on that witch; in a daze, with hearts thumping as we hurtle through space. “C’est la rentrée”, we say, the beginning of The Season. Theaters announce their calendar for the year, museums unveil their latest exhibitions, boutiques put out their new collections. Invitations roll in, galleries competing with shops, museums facing off museums, for a bit of attention from the general public. 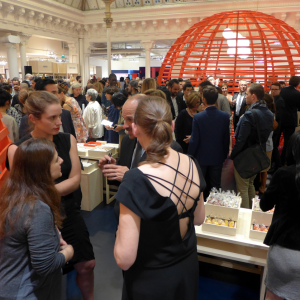 There is the Maison et Objets home design convention with Paris Fashion Week just around the corner, sandwiched between the Nuits Blanches cultural all nighter and the Journée des Patrimoines cultural heritage to weekend.

The Bon Marché hosted the very first event this week, putting on a soirée celebrating all things Japan. Arriving at 8:45 for an 8:30 invitation, I was surprised to see a long line of patient Parisians waiting to enter. Surprised because Parisians rarely wait in line, especially not the privileged fashion crowd with invitations to private cocktails parties at the Bon Marché. But everyone seemed clear that the night would be worth the wait. Or perhaps they knew that trying to cut in this line would be much like trying to swim with sharks in chum filled waters.

After a nearly fatal pile up at the escalator, we found ourselves on the 2nd floor in a mad crush of people, the air growing humid with body heat. Keeping our priorities straight, we hunted down some champagne before checking out the 9 minute film on Benesse Art Site Naoshima, an ambitious art project that covers three islands in Japan. 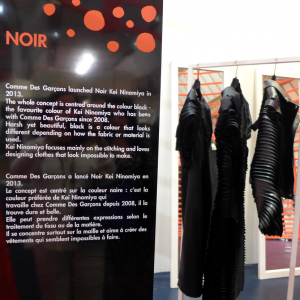 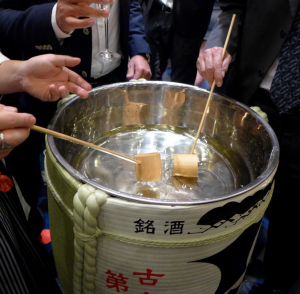 Large, red globes evoking Japanese lanterns divided the sales floor in to a collection of pop up boutiques like a series of rising suns, featuring beauty products, gourmet specialty and home decor. At every cash register there was an opportunity to buy a good-luck bracelet, the proceeds going to help earthquake victims.

Guests had gone to great effort getting dressed for the event, brands had invested a great amount of time putting out their most exciting collections, but it was hard to see all the fashion through the crowd, and impossible to photograph it.

The rooms were hot, the crowd dense, but I was thrilled to be part of the history first created by Aristide Boucicault in the 19th century. He was the founder of the world’s first department store, the Bon Marché, and the one to dream up these extravagant cultural events celebrating the world to bring shoppers in, and stir them into a shopping frenzy. I felt like I was in Zola’s novel, Ladies Paradise, watching people gather around for a free taste of sake, an introduction to Japanese whiskey, a sample of sparkling tea. 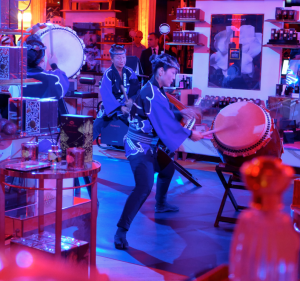 As we left, a group of women were playing taiko drums in the fragrance department, their beats vibrating through my core, sending the blood rushing to my head, dizzy with excitement and I could feel the spirit of Boucicault nodding in appreciation.