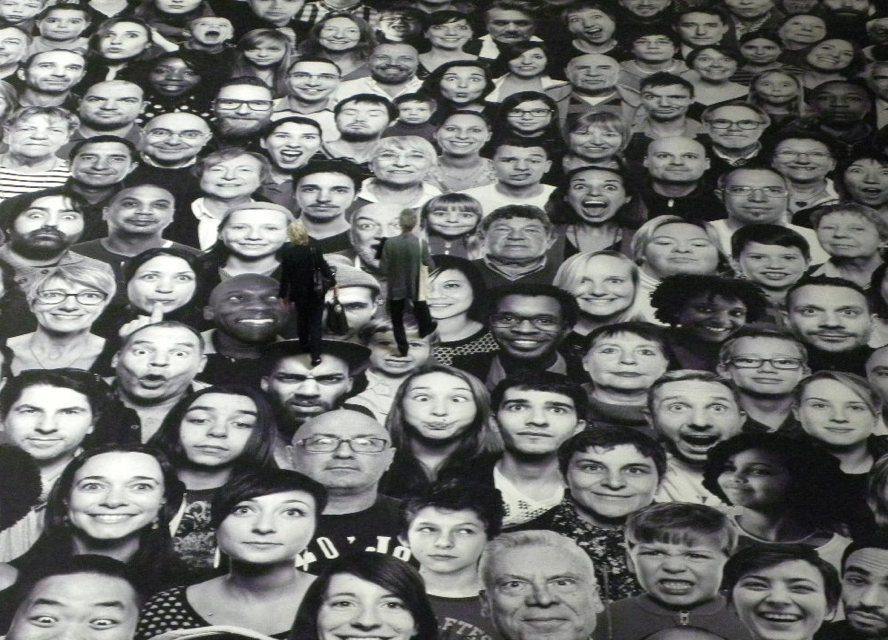 It is one of those BIG life questions, that no one has really answered. Mr French and I spend so much time exploring art that the question comes up often, especially as our tastes tend to be wildly different. Is it art? design? or just a really bad joke? Sometimes it can be hard to tell and my mind races to the tale of The Emperor’s New Clothes. 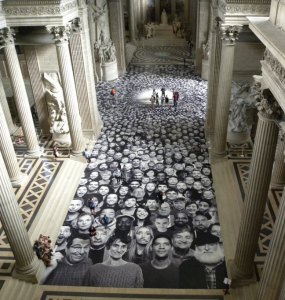 The question has been surfing the airwaves lately, questioning the legitimacy of street artist JR. The artist’s work is currently decorating the top of the Pantheon, while it under goes renovation with a monumental  installation inside the memorium, until Oct 5. This isn’t the first time JR has graced the city with his astonishing photographic work. 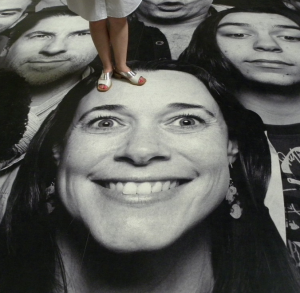 Several years ago he covered the quais and bridges on the Ile de la Cité with 10 metre long images of women’s eyes. The effect was moving, even before learning that they were the eyes of women who had witnessed great  tragedy; war, famine, assassination.

Last year he photographed anonymous Parisians for large banners that were unfurled the façades of the Bibliothèque National, covering more than 10 stories of the monstrous, soviet inspired buildings.

For the Pantheon, JR again features anonymous Parisians who waited in line for several hours to have their photos taken, knowing they may be selected for a 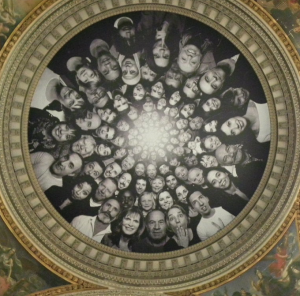 tremendous project. They are of every race, religion, color, and style with a fashion sense that runs from the prosaic to the goofy. JR has lined them up and laid them out, like a human tower of babel. They are tiered in size, starting out larger than life and rising to the size of a miniature poodle. Working in black and white has given the work an aesthetic harmony. The images are printed out on large plastic tiles, then laid out like an oriental carpet, covering the cross-shaped floor, where visitors are invited to walk. The effect is astonishing. You are walking on art. You are walking on people. And the people are gorgeous, in a wonderful, very real way.

I won’t claim to have defined art for the world, but as I walked through the show I decided that for me, art is something that moves people. I may like it, I may hate it, or I may be anywhere in between, but it evokes a sensation somewhere inside and for me, JR’s installation at the Pantheon is a tremendous work of art.

All photos by Karen Samimi

One thought on “What is art?”