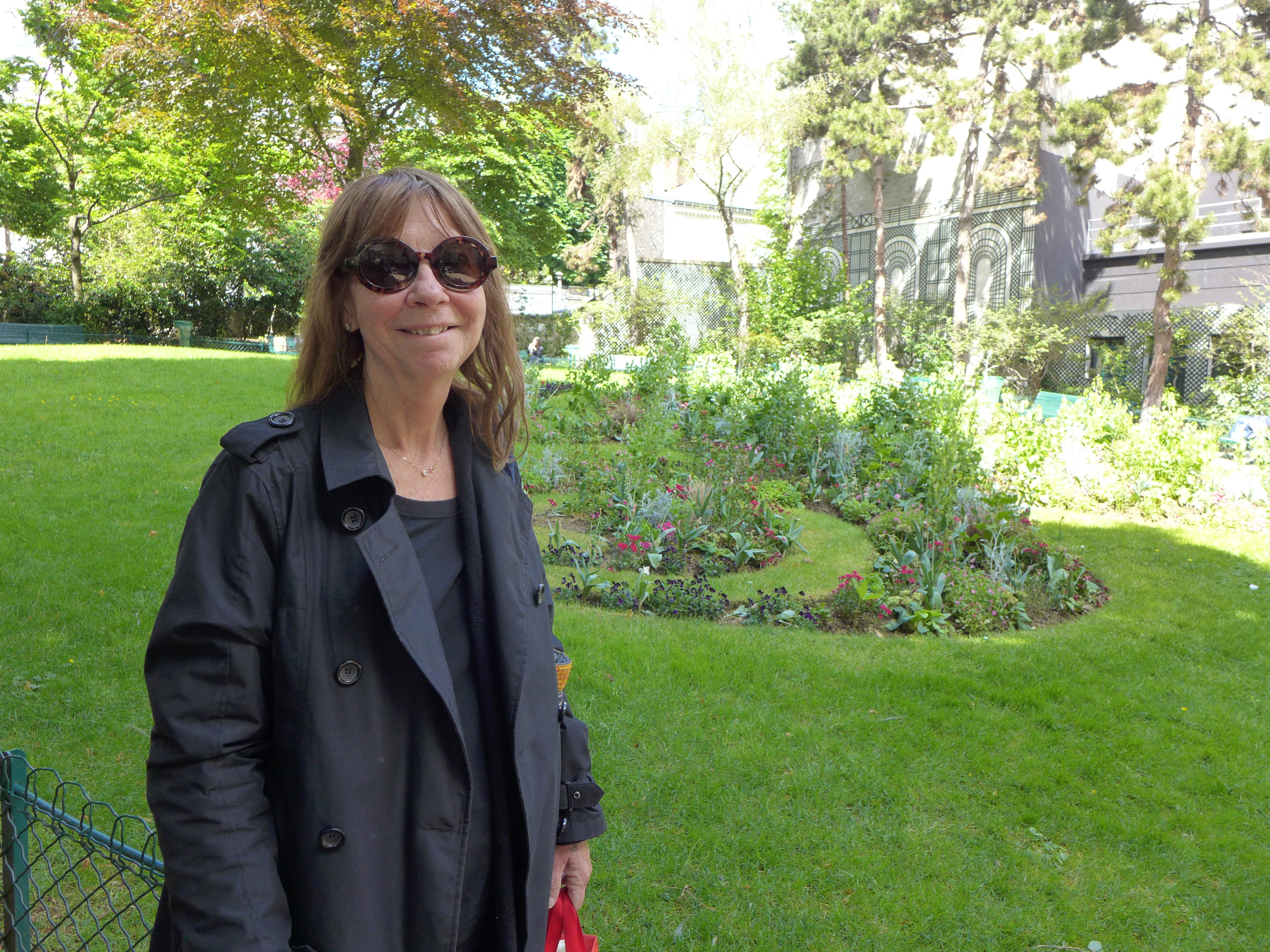 We toasted to murder over the pock-marked zinc counter top of the miniscule bar at the (exceptionally excellent) restaurant Le Pantruche in Pigalle. I was with NY Times best selling author Cara Black and we had just spent our morning visiting the neighborhood, discussing the most intriguing ways to kill someone. That is what Cara does for a living, she offs Parisians as they innocently go about their lives.

It makes for interesting conversation. When I read about about a murder in Père Lachaise cemetery, the first thing I want to do is send a text. Had she heard about the crime? Had she visited the scene? Has she ever killed anyone in a cemetery? As we visited Pigalle, Cara would burst out, “And this is where they shot her, bang, bang… she had to crouch down here…” She’d nonchalantly point out the spot where a murderer had hid his motorcycle, while I’d glance at the two Parisienne office workers taking a cigarette break just steps away. Could they understand us? 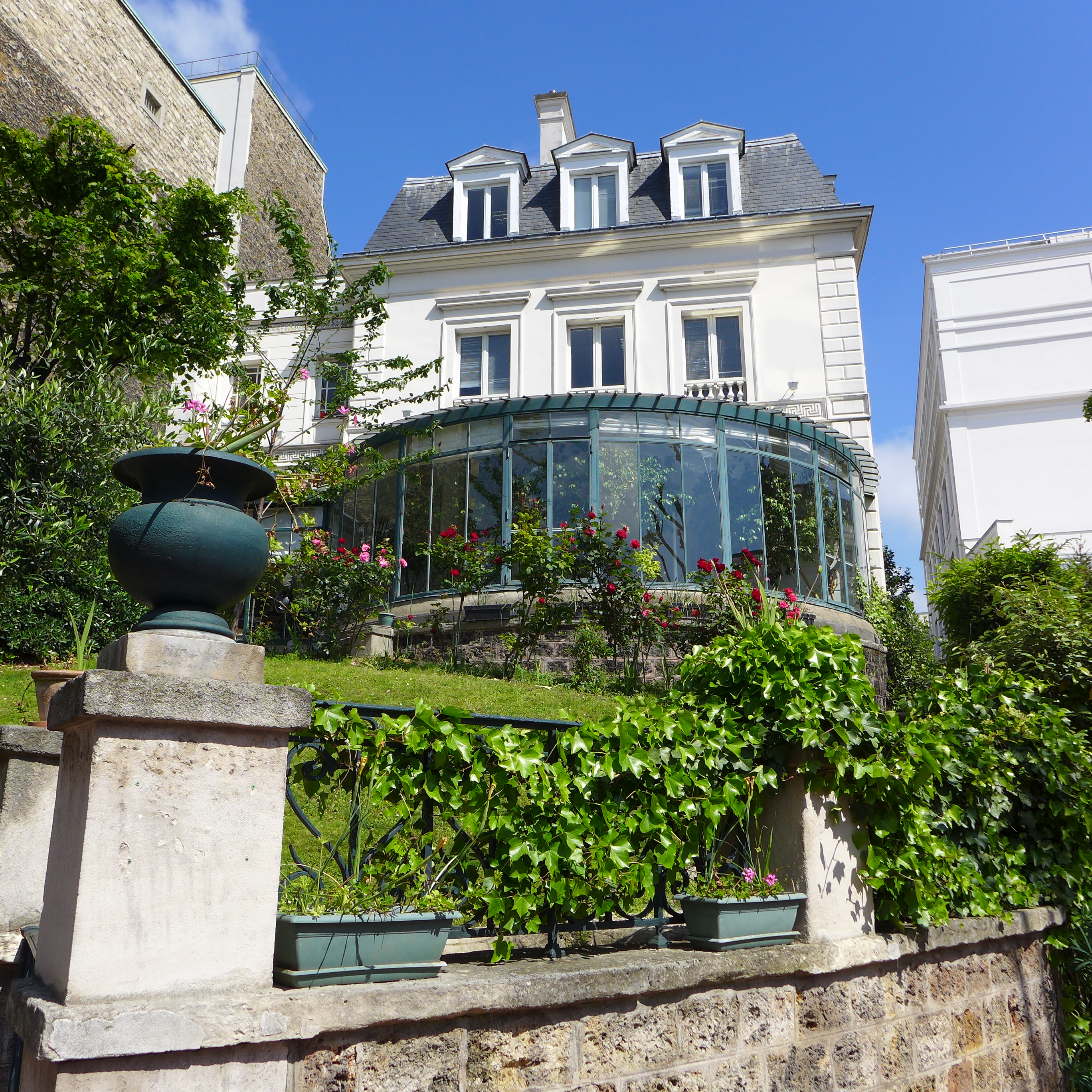 In Paris, I am an intrepid explorer, refusing to take the same route home that I use to get to my destination. Cara is an adventurer, taking it several steps further as she does research for her murder mystery novels; opening building doors, entering private courtyards and ready to question everyone. I love exploring Paris with her a 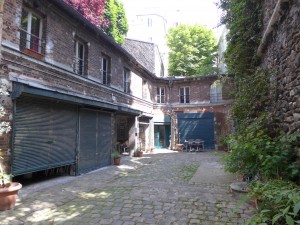 nd this visit was no exception as she showed me parts of the Nouvelle Athènes neighborhood I had never imagined.

We began the morning at the Braderie (jumble sale) of the Holy Trinity church. An hour before the doors opened there was already a line. The man in front of me was an art dealer, engrossed a trade magazine. The people behind us grew irate when Cara showed up, explaining there was no saving spots at a sale like this. It was clear that we were surrounded by people hoping to discover a discarded Renoir. When the doors opened they made a beeline to the housewares section and started turning over every vase, every piece of pottery looking for signatures. I didn’t hear in jubilant shouts, so I can only assume that they were as disappointed as Cara who did not find her dream leather jacket.

Out the door, into the sunlight we crossed the street to the rue de la Tour des Dames, which is when my private tour of Murder in Pigalle began. Somebody died here, another was shot there. I was fascinated by the story, but also the charming row of 19th century mansions, and tempted by the newly renovated Musée Gustav Moreau just around the corner.

Along the rather prestigious rue d’Aumale, Cara would push random buttons to private doors, entering enchanting courtyards and banale offices alike. Down the rue Taitbout to the private, yet open to the public, Square d’Orleans where a potential victim practices violin, I admire the jubilant fountain and imagine George Sand rushing down from the flat that was once hers, crossing the courtyard to find her lover next door, Chopin.

Aimee Leduc, the serie’s detective, heads to a park behind the Place St Georges, but we are there to admire the ancient lavoir where women once washed clothes. Cara brings me into the surprising Bibliothèque Chaptal with its ornate salon, and points out the George Sand infused Musée de la Vie Romantique before bringing me to the rue Ballou. An Art Nouveau façade announces the entrance of a bucolic neighborhood where Aimee headed to seek information on a possible victim. I just admired the Tivoli gardens.

Heading for lunch, Cara pointed out the apartment where the artist Vuillard once lived, over looking the park he painted in every light, through every season. There is the ornate casino where one of Aimee’s colleagues heads for clues, next to the ultra exclusive ave Frochot, where Jean Paul Gaultier is rumoured to live and where the gates are so intimidating, even the chief murderess herself, Cara Black dared not enter.

Here is a map of our adventure, if you’d like to follow in Aimee’s footsteps and discover Pigalle, well off the beaten path…

View Murder in Pigalle in a larger map

One thought on “Here’s to murder…”